Apple launches "Reserve a Battery" program for iPhone in Canada

Replacing the battery in an older iPhone can fix any performance issues that might be creeping in, and, with the reduced price, it seems like the popular option for a lot of iPhone owners out there. To help stem the tide of folks walking into Apple retail stores and requesting batteries, Apple has launched a new "Reserve a Battery" program that is currently only available in Canada and not elsewhere yet. Through this program customers with an iPhone 6 or newer can reserve a battery online and have Apple contact them when a battery is available at their preferred Apple Store.

Users can use this support system to reserve a battery replacement for their iPhones. This system can be found by signing into your Apple ID on Apple's Get Support page and selecting Battery, Power, and Charging -> Battery Replacement -> Reserve a Battery. These steps can also be completed in the Apple Store app on the iPhone itself without needing to enter a serial number. The app will take names for particular models, and Apple promises to alert users within three to five days to let them know when their battery replacement can be completed. 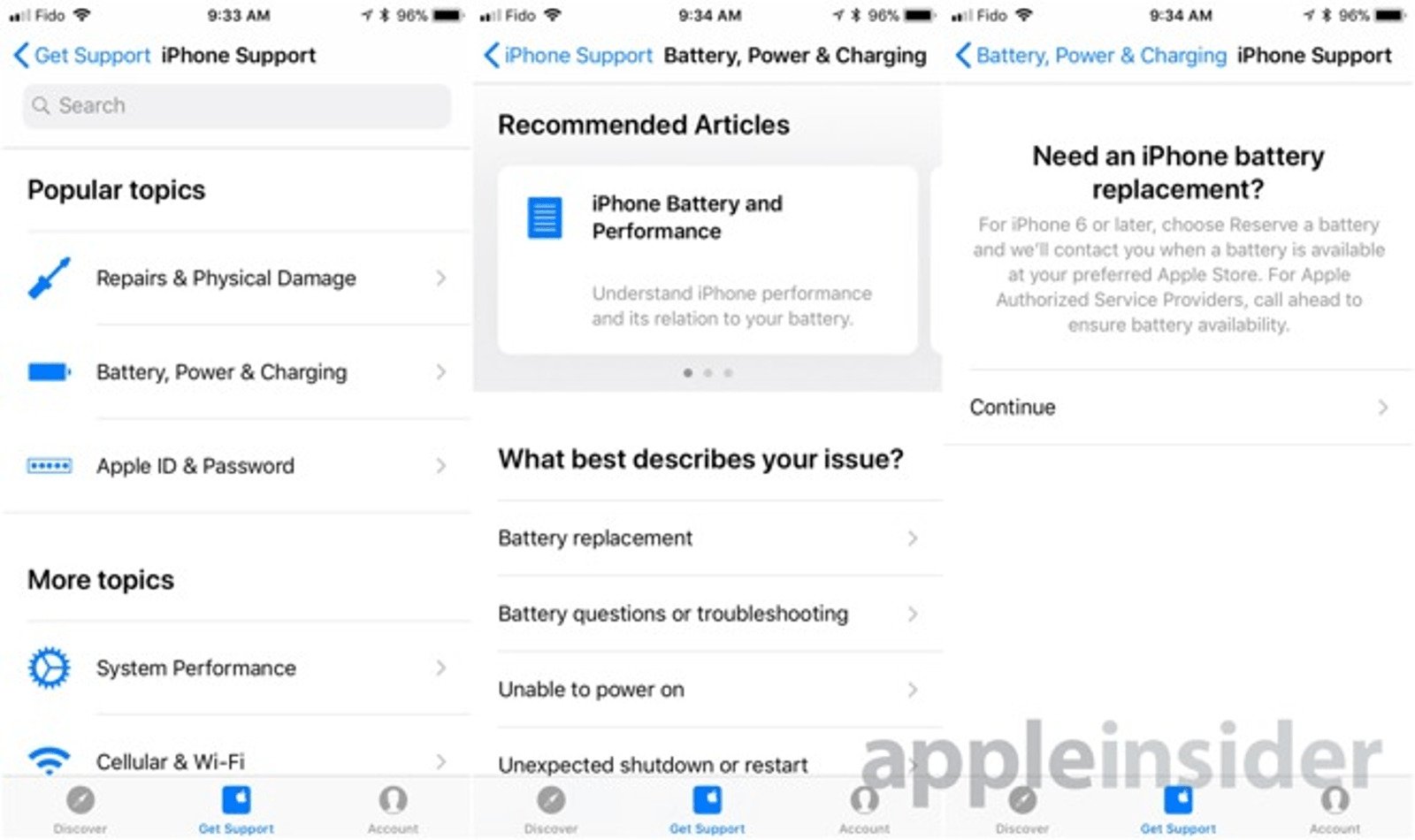 Interestingly, it seems like Apple is using Canada as a trial market, which could mean that the company is considering launching the new feature in other markets at some point in the future. There is no guarantee of that, though, nor any indication which markets would be covered.

It is unclear at present how long any given battery will be back-ordered. Previously, a leaked internal Apple memo stated that iPhone 6 Plus replacement batteries were in short supply and unavailable until late March or early April around the world. Apple's internal document quoted a shorter wait of "approximately two weeks" for iPhone 6 and iPhone 6s Plus batteries. Furthermore, Apple said batteries for all other eligible iPhones were expected to be available "without extended delays" in most countries.

It is good to see that Apple is trying to fix this situation as quickly as it can. Of course, the strain it now feels with trying to fulfill battery replacement orders is its own fault. However, it is still good to see the company is working on making it a bit easier for customers to get a battery.

Apple is currently facing several class action lawsuits and it is currently under investigation by the United States government for not fully disclosing the power management changes it made in iOS 10.2.1, nearly a year after the update was released. Apple apologized for its lack of communication in a letter to customers.