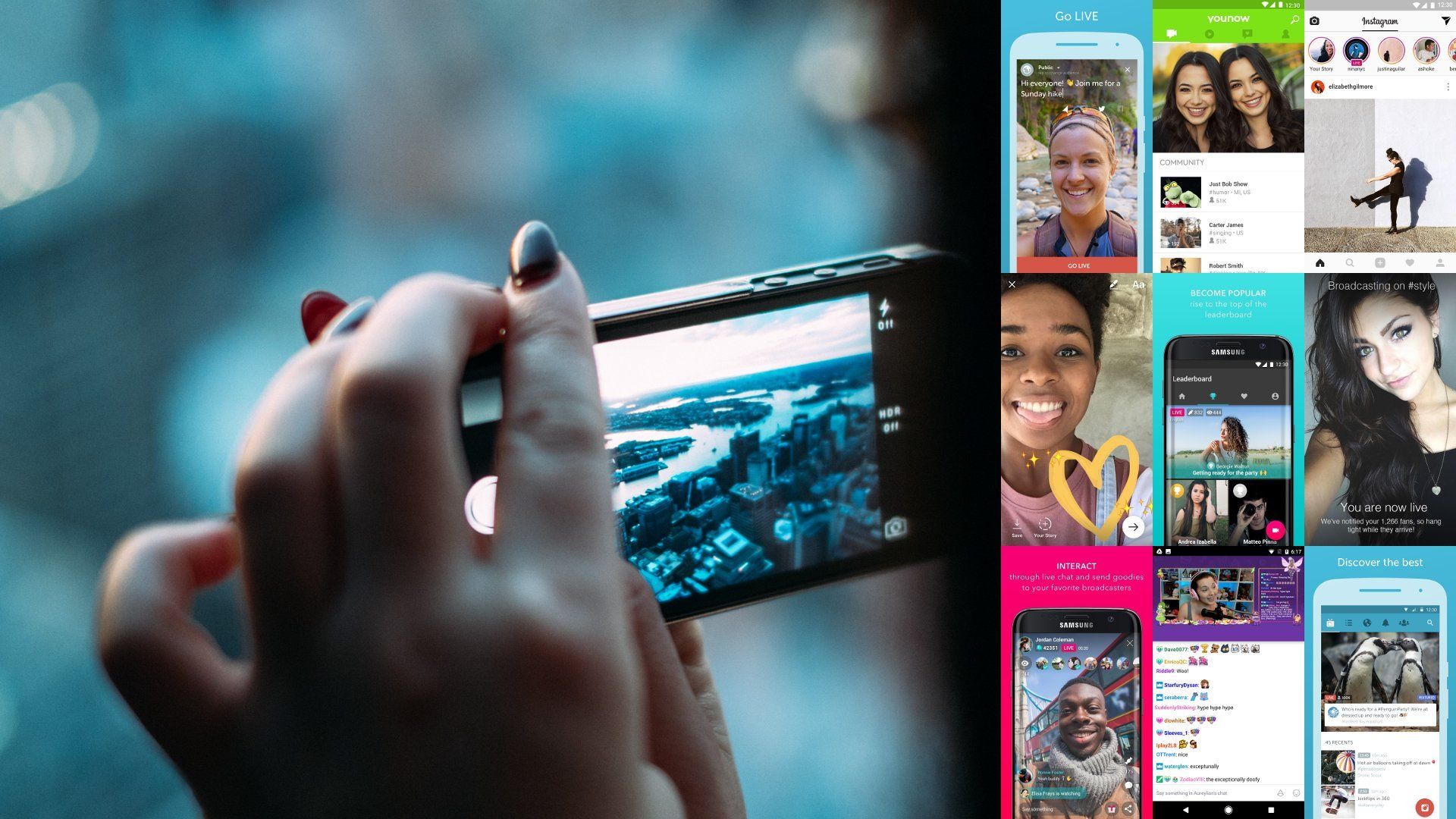 Live streaming apps are a great way to broadcast videos live to your audience or check out other live videos on the go from anywhere in the world. An app called Meerkat kicked things off in May of 2015, but it was quickly overshadowed by bigger names. This left a void in this segment, which, in turn, led to a heated competition in the mobile space for a live streaming platform.

These days, lots of companies -- including the technology giants Facebook and Twitter, are investing in developing their live streaming platform. This is because live streaming platforms can help people and brands connect with their friends or followers in real-time. The live-streaming video is the latest frontier of social media. Streaming through our web cams has gone out of fashion, and now what you get is the feeling of closeness through our mobile phones. Smartphones have also become mini-TVs with larger and more high-definition screens. In 2014, 53% of all video was viewed on mobile. Actually, from the Ericsson Mobility Report, we know that video traffic is planned to grow 55 percent per year until 2020, driven by video streaming services.

It is precisely this reason why we all are talking so much about the live video streaming from our mobile apps. While the live streaming Android apps were only a few couple of years back, there are plenty of viable options available today. So, today we are going to list what we consider as the 6 Best Live Video Streaming Apps For Android.

Periscope is a live video app from Twitter. Naturally, it works really well if you already have a Twitter account. You can start a live stream from the Twitter app, which makes it very easy to use. You can directly tweet the broadcast link to your followers on Twitter or choose to share the link with a group of people or publicly.

People can even watch your live stream from their Twitter feed or web browser without installing Periscope. Viewers can "like" the stream by tapping the screen to give hearts and write comments that pop up on the screen. With better social media integration, this app also lets you share the broadcast link on Facebook or other popular social networks.

A Periscope video can be replayed for 24 hours after the broadcast has ended. Periscope automatically creates "Replay Highlights" so your followers can watch the best parts. You are given the option to save your own broadcast when the stream has ended. It also makes it super-easy to discover trending live streams by listing them out on a map.

You can also see some other statistics such as live viewers, replay viewers, total time watched, etc. Lastly, it also has a web-based interface you can access. Overall, Periscope is one of the best live streaming apps right now and if you are an avid Twitter user, you should not even give a second thought and download periscope right away.

Facebook had been testing Facebook Live in a separate app dubbed as "Mentions", and after thorough testing made it available to the "regular" Facebook app. Unlike other apps in this list, it has an important advantage of a massive user base. You can start a live video directly from the status box in the mobile app. To do this open the Facebook app on Android and tap the place where you would write a status update. (It is "What's on your mind" usually, but may be different sometimes). Next, describe your live video and click on the "Go Live" option. Easy, right?

Besides personal profiles, Facebook Live is also enabled for groups and events, so you can broadcast selectively to the people in a particular group. Facebook Live works basically the same as Periscope. Viewer comments scroll across the bottom of the screen. "Likes" and emojis float across the screen as they are sent in.

The interesting part about Facebook Live platform is that besides enabled on profiles or pages, it also lets you broadcast as a Facebook group or for events. Being one of the most popular social networks across the globe, Facebook live platform fares a better advantage thanks to its massive user base. 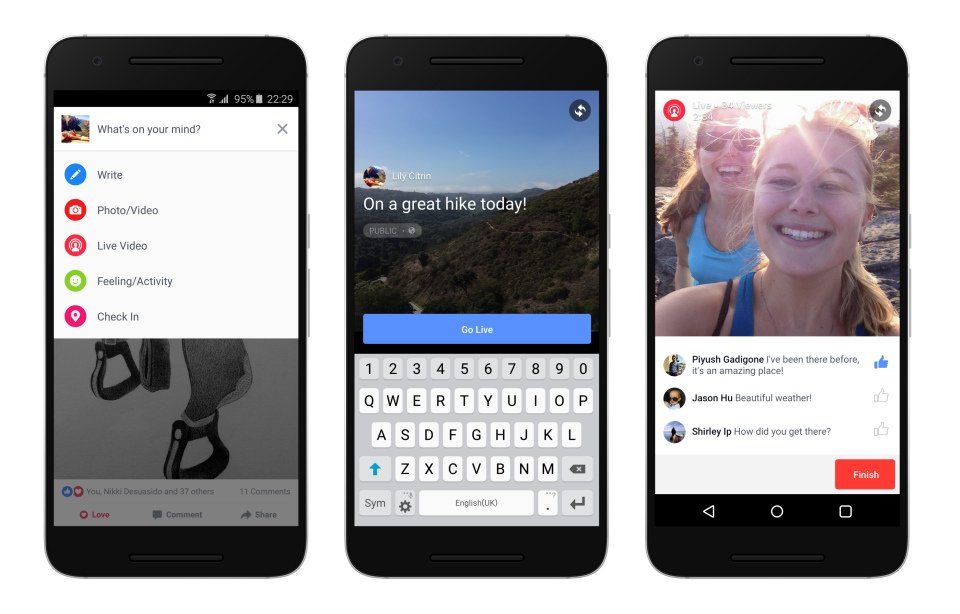 Instagram is the most recent app to add live video streaming. Acquired by Facebook in 2012, this photo-sharing platform launched the Live Stories feature in late 2016 but rolled out globally in 2017. You can start a live video from the "Stories" screen. Simply swipe over, select "Live", and start the video. Your live video will show up in the same place as Stories, but your profile photo will be marked with a "LIVE" badge.

Instagram's implementation of live video is a littler different from Periscope and Facebook. Live stream on Instagram fares a better advantage as you can easily capitalize on your Instagram followers.

Since Instagram is a mobile-only app, you cannot watch live videos in your web browser. You can share live videos for as long as one hour and they become unavailable as soon as the broadcast ends. There is also no way to replay live videos after the stream is over. If the moment is the most important thing to you, Instagram is a nice choice.

YouNow is another service that allows you to share your stream on any social network. It lets you share the broadcast to Twitter, Instagram, Tumblr, and Snapchat. Simply tap on the "Go Live" button on the app and you are now streaming a live video to your friends and followers.

Also, there is an option to add a hashtag to your broadcast, so as to help people discover it. You can also share particular moments from a broadcast to your profile. There is even a web-based interface to let you watch live streams in the browser when you do not have a phone lying nearby.

Besides live streaming, the platform also lets you discover other artists, musicians, creators, and favorite brands or personalities to enjoy their live stream videos. You can interact with broadcasters by liking and commenting on their live streams. It supports a few comments stickers because you know, a picture speaks a thousand words! If you missed a live stream, you can always watch it later by browsing the moments feed on the app.

To keep users engaged, the service has a points and in-app currency system that awards you points for certain activities that you use to then "level up", and in-app "coins" and "bars" that can be used to purchase gifts for your profile or your favorite streamer, some of which cost real money. 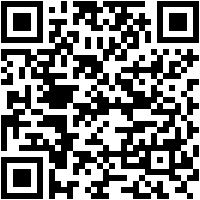 Streamago is an excellent live streaming Android app that offers a wide variety of features. It lets you broadcast live video either privately to your Facebook friends or publicly. While watching a live stream, it lets you favorite them, add a comment and send them virtual gifts using, you know again, real money. The leaderboard feature helps to discover the most popular and trending broadcasts. You can share the live stream link on Facebook, Twitter, and WhatsApp, etc.

The replay feature comes in handy as it lets you replay a live stream after it has ended. You can also follow people so you do not miss out on their next broadcast. While you are broadcasting, you can select the broadcast quality to be low, medium or high. 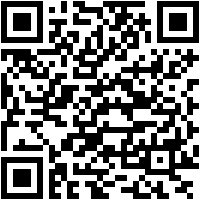 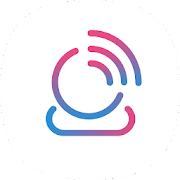 Twitch, a subsidiary of Amazon, is a live video streaming platform that boasts about 9.7 million daily active users. Instead of targeting the regular personal broadcasters, Twitch targets the gaming community. In fact, the platform is designed for gamers and lets them broadcast their gameplay live for the audience around the globe. Besides broadcasting your gameplay live, you can also watch gaming commentaries and other entries by video game publishers. It's a haven for gamers.

Twitch lets users broadcast their gameplay which can then be watched by anyone across the globe. If you are a non-gamer like me, it would be surprising at first to learn that people actually do enjoy watching other people play games. But, the sheer fact that it gets more than 2 million streamers a month, is enough to substantiate that there is a massive market for such service.

Once you sign up for an account on Twitch, you can begin watching gaming commentaries, Esports, editorials, and events by video game publishers. There is also a Twitch prime version that unlocks exclusive game content and ad-free viewing. This premium version comes included with the Amazon Prime membership. If you are a part of the gaming community, Twitch could help you level-up your game. (No pun intended!)

There is no denying that live streaming is the next big thing, as it lets you feel connected in a more personal way. I know there are plenty of live streaming apps available on the Google Play Store to choose from, and I would highly recommend opting for the one that helps you achieve your desired goal. Also, if you think we missed any great live streaming apps, tell us about them in the comments!