The 5 Best Tablets For Mobile Gaming 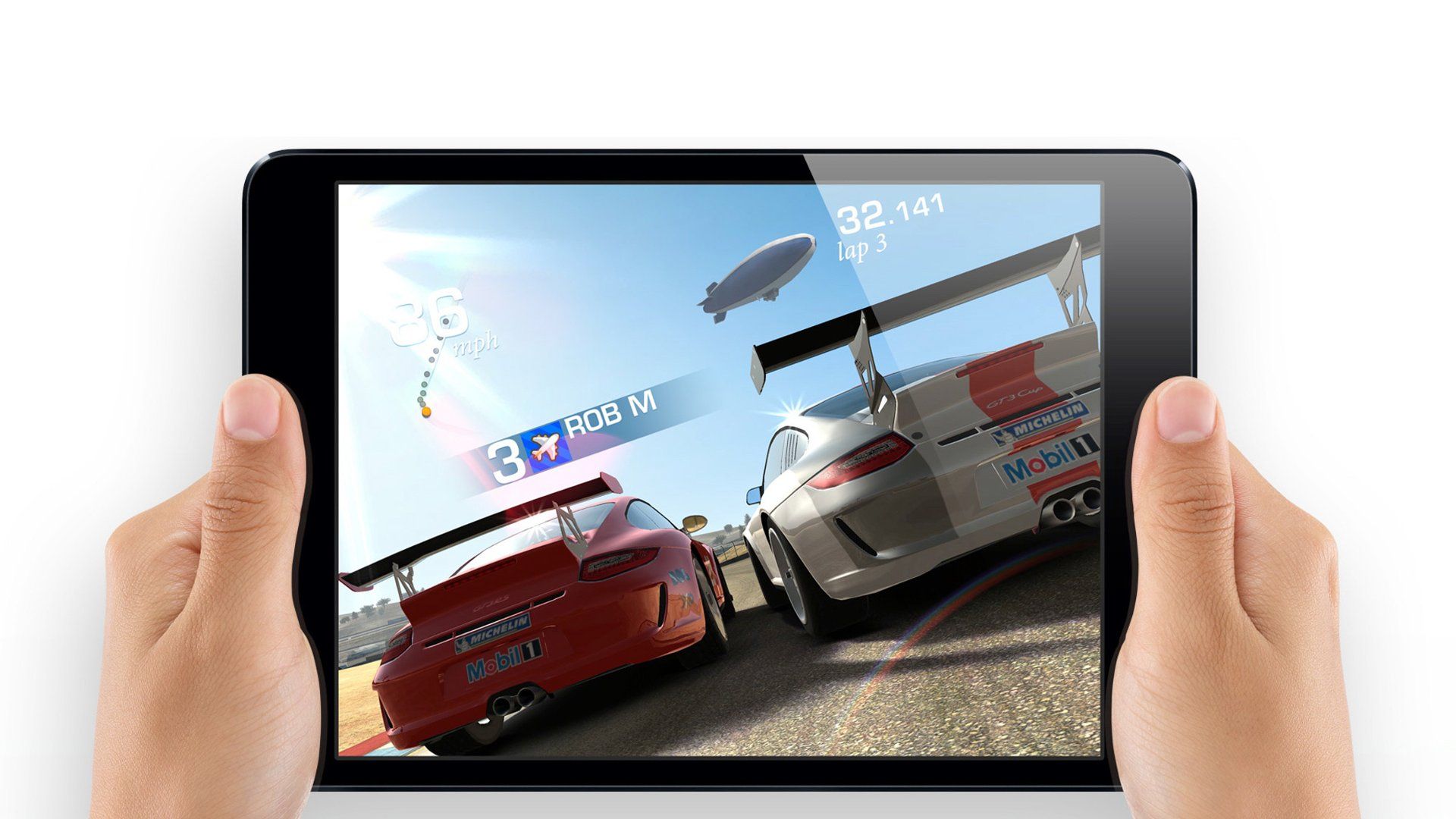 Mobile gaming is everywhere to be seen at the moment. We all love playing games on the go. However, it is one thing to play a game such as Candy Crush Saga, and it is something completely different to immerse yourself in the complex gameplay of Hearthstone.

There are so many games available on both Google Play Store and Apple's App Store, that range from simple looking fun games to graphics intensive VR games. While the graphics in mobile games may not match a PC or Console, they still offer solid and immersive gameplay. So, finding a perfect tablet with which you can play even graphics intensive mobile games without lag is hard.

With such a huge range of tablets out there, it can sometimes be difficult making the right choice. To help you, we have picked some of the 5 Best Gaming Tablets that will satisfy all your gaming needs. We hope this list will help you to make the decision a little easier.

Whether you like Apple or not, it is well known that Apple still makes the best mobile devices for consumers. The iPhone and iPad consistently the best selling smart devices over the last 10 years. The latest range of iPads is quite incredible, with the 12.9-inch beast that is the iPad Pro more of a small TV screen than a portable tablet. The latest standard range of iPads is the perfect tablet. However, with a sleek design, great performance from the A10X 64 bit chipset. In iPad Pro 12.9 (2017) the CPU is 2.5x faster and Graphics: 4.3x faster when compared to the old A8 processor found in previous iPad Pro. The screen is the stand out feature, however, with games from the app store looking absolutely incredible on Apple's signature retina display. The only real drawbacks are the high price tag and the fact that gamers are limited to what Apple allows on their app store or what can be displayed in the Safari browser, although the limits are not severe at all.

The iPad Pro's smaller version is the iPad Mini 4. It does everything imaginable, including being great at gaming. It is fast, responsive and with small but perfect screen size for gaming. The newest iPad Mini is capable of handling intense 3D gaming apps without the battery draining too quickly. Whilst much more portable and discreet than the iPad Pro range, the iPad Mini 4 does not scrimp on quality or capability. Whether it is the simplicity of Candy Crush or the heavyweight graphics of FIFA mobile, the iPad Mini 4 is not fiddly and never has noticeable frame-rate drops or suffers from lag or freezes. In addition, both iPad Pro and iPad Mini have a lot of games available on App Store. However, you are limited to what can be found on the app store.

Samsung's latest efforts at a decent gaming tablet come close to the iPad but not quite close enough. Although the device looks and feels great. It has features like battery management and improved storage and RAM, which gamers will appreciate. The Tab S3 has a screen resolution that is identical to that of the Pro -- but it packs an OLED panel, rather than the iPad's LCD. That means deep blacks, excellent contrast and a general boost in clarity. Viewing angles are superb on the Tab S3 and brightness is astounding, too.

The tablet is perfect for running games, whether it be a FaceBook game or graphic intensive games like CSR Racing or a browser game like online poker. This model is slimmer and narrower meaning it is the ideal tablet for gaming on the go. It comes with a Qualcomm Snapdragon 820 processor, 4 GB of RAM, 32 GB of on board storage and a 6000 mAh battery -- making it useful for gaming and as well as a wide range of other tasks.

Lenovo has established themselves with a great range of premium laptops and tablets that will not break the bank. The Yoga tablet range is a very strong entry level tablet that is perfectly capable of displaying the latest mobile games whilst still being entirely portable.

With powerful performance, premium look and feel, sharp display, and long battery life it passes itself as a great tablet for gaming. It also has a built-in projector that is great for watching and sharing video, meaning you also get a great multimedia tab.

Although resource intensive games like CSR racing do not look as good as they do on Samsung or Apple tablets, the void is not too big, making the Yoga series one of the best value for money tablets on the list.

Nvidia's Shield Tablet K1 is an interesting device. It is an 8-inch tablet with a respectable screen resolution of 1,920 x 1,200. This gamin tab fits nicely in your palm and rocks an understated look that completely hides away its DNA, which is thoroughly steeped in green gaming goodness.

It rocks a simplistic look and packs in nearly every feature that you might want. Dual speakers, microSD, good battery life and fast specs are all here. Plus, you might even think you are using a Nexus tablet based on how clean the interface is.

When the Shield Tablet K1 shipped, it featured Android 5.1 Lollipop out of the box. However, Nvidia is hell bent on supporting the device with latest Android versions and the company has updated the device to Android 7.0 Nougat. We were able to upgrade recently with no issue.

Despite being released in late 2015, the Shield K1 beats out some more expensive smartphones and tablets in recent benchmarks. You can also get Nvidia's new wireless Shield Controller, which makes gaming even more fun.

The mobile gaming is growing and it is a fact. While they are no way closer to the experience offered by Consoles or PCs, they are still addictive and fun. Mobile games are also excellent to pass time, while you are waiting for someone. However, to get the best gaming experience, you need a proper hardware. We believe that above list of tablets is the best gaming tablets that are currently available in the market.

So, do you find our list helpful? Let us know in the comments. We would also like to know what features you look for in gaming tablet. Also, do not forget to subscribe for more updates.