While there are many game genres available on mobile, endless running games the most popular among gamers. These games can keep you entertained and engaged for many hours as you keep "running" to best your previous "highest score" (since there is no end for these games).

If you try to find running games for Android, then you will be surprised by the number of running games available on Google Play Store. Since there are many games, we wanted to focus on games that offer a nice balance between difficulty and entertainment.

Although all the games in the list are free to play, they also offer in-app purchases like the majority of games available nowadays. Also, we did not include some obvious games like Temple Run and its sequel in the list as everyone would have heard of them. So without further ado, here is the list of best endless-running games for Android.

Note: The list is in no particular order and the numbering is only for reference.

This is one of the two paid games in the list. Canabalt is a classic and very popular game. It is often credited as the game that invented and popularized the endless runner sub-genre. It boasts beautiful artwork, smooth animations and great music from Danny Baranowsky.

In this game, the player controls an unnamed man running from an unknown threat. All levels begin with our hero jumping from an office window onto the roof of a neighboring building while picking up speed as he runs. He loses speed if he hits an obstacle or dies if he misses a jump to another building.

Canabalt is procedurally generated game with no end. It requires only a single finger to play and the gameplay is much more intense than it looks. The high-score is measured in meters per run and it also offers online leaderboards, allowing players to compete for ranking. 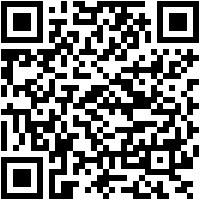 Although it is an endless running game, it offers 180 goals, which players can try to achieve. The game also tracks the distance traveled by the player character and trick combos. You can also compete with your friends for the best high score, best distance, and best trick combo.

In Mars: Mars, you are not running along a track, instead, your goal is to jump from platform to platform. You are put in the shoes of an astronaut exploring the red planet with the help of "very trustworthy" MarsCorp. The goal is to explore Mars as long as possible. This is a very fun game in which you take platforming and collectibles to the next level.

While the game is ad-supported, watching ads offer you in-game currencies, which you can use to purchase new upgrades and unlockables. You can also take selfies with your character and share them. Developed by miniclip.com, Rail Rush takes place in the underground mines. Players have to swipe to avoid signals and dodge obstacles through the rail tracks. Your job is to collect precious stones, gems, and gold nuggets - the in-game currency which will power up with wood ram, super magnet force, etc.

The game offers 18 different characters, 10 different worlds, and many hidden levels. The game is quite fast and has some great graphics - meaning some low-end smartphones may struggle to run the game. While the core game is ad-supported, there are in-app purchases (like many other games) to improve your gaming experience. Another game from miniclip.com, but this time you control a getaway car with cops on your tail. Your goal is to get to the next checkpoint while avoiding traffic before the time runs out.

Like all miniclip.com games, it is ad-supported, and also offers many in-app purchases, which will upgrade your cars or unlock faster and better cars. The game also offers a global leaderboard, so you can compare scores with other players. 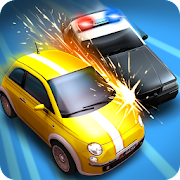 This another one-touch control game where players control their character by tapping the screen. Similar to other endless running games, the objective is to travel as far as possible while collecting coins, and avoiding various hazards. During the game, you can collect "spin tokens", which they can use to get various prizes and bonuses.

The game also offers in-app purchases ranging from aesthetic upgrades such as character outfits and different jetpacks. You can also upgrade your game character with permanent enhancements.

This is a single player endless driving game set in a post-apocalyptic world. The goal of the game is to survive as long as you can, by driving various cars in various zombie infested highways. The zombies will jump on your car and try to topple your vehicle. You can use various in-game weapons to kill the zombies or drive close to debris on the road in an attempt to scrape them off your car.

While the gameplay is simplistic, it is addictive and a lot of fun to play. However, Zombie Highway is not without its negatives. First, The roads are deserted with only obstacles and debris on them. Second, most of the good stuff is locked behind a pay-wall and you have to use real-world currencies to unlock them. 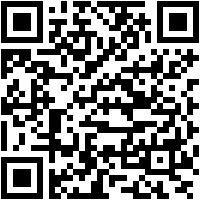 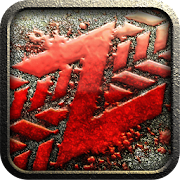 This is a very popular game with over 2.2 million reviews averaging over 4 stars and 100+ million downloads. Instead of simply making a lane based endless runner, Gameloft went all out in pleasing Spider-Man fans with this game. Now, you can swing, run and fight through a chaotic Manhattan in over 7 different Marvel environments!

Spider-Man Unlimited offers over 200 characters from spider-verse for you to unlock. All sorts of Spider-Mans from the comic's history are present here, including but not limited to Spider-Gwen, Miles Morales' Spider-Man, and Spider-Ham.

There is also a story mode with 5 boss battles and 25 missions per Issue for a total of 6 issue dedicated for each member of the Sinister Six - the Green Goblin (Issue 1), Vulture (Issue 2), Electro (Issue 3), Sandman (Issue 4), Doc Ock (Issue 5), AND Mysterio (Issue 6).

Alone is an endless, procedurally generated space flying game with hand-drawn artwork. In this game, you have to dodge space debris and other space hazards coming at you at deadly speeds. While a loose flying object will not destroy your tiny spaceship, crashing into the top or bottom of the world certainly will.

The game offers 2 awesome bonus modes, and an integrated Google Play Service to track your friend's scores. This is the second paid game in the list with no ads or in-app purchase. It is also a universal game app, compatible with most mid-level or above Android phones and Tablets. This is another endless runner game, but with the addition of survival elements. Into the Dead throws you into the middle of a zombie apocalypse and see how long you can survive in the hellish world. The game contains some of the best visuals seen in running games and brings the grim zombie apocalyptic world to life.

This game puts you in a landscape teeming with zombies and leaves you no choice but to move forward and get as far as possible before dying. Weapons can be picked up from supply crates as the player runs past. There are also missions and mini-goals that provide you constant challenges to overcome.

Like other games in the list, Into the Dead is ad-supported, and also offers many in-app purchases.

The above list of games is not the only running games available for Android. There are quite popular ones like Temple Run series, Subway Surfers, Minion Rush: Despicable Me, Sonic Dash series, etc, which we have not included as many people would have heard/play them.

Next time, when you are waiting for a friend or bored standing in a queue, try one of the games on the list and let us know your thoughts. If we missed any great endless-running game, tell us about them in the comments and do not forget to subscribe for more updates.