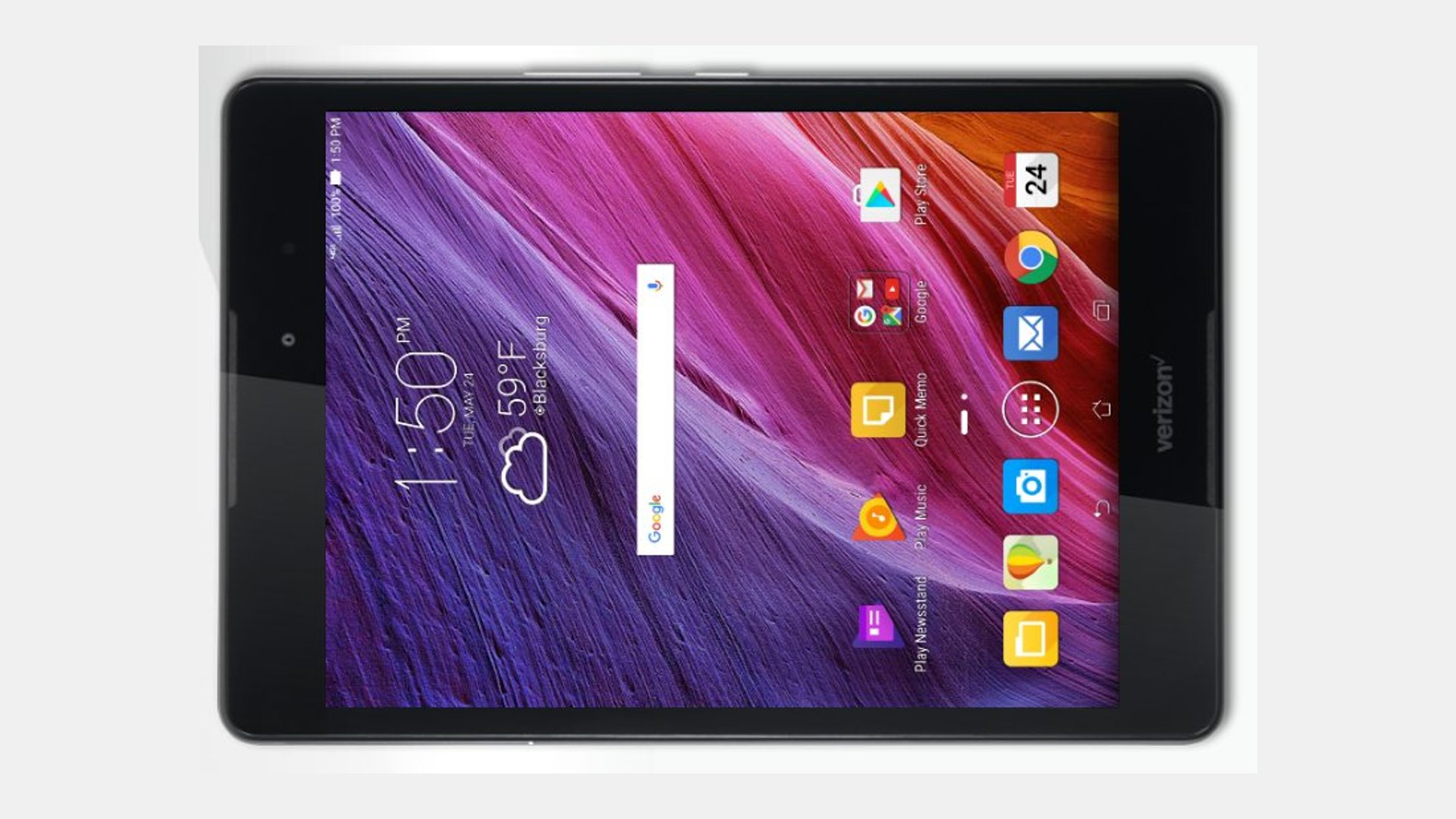 Today, prolific smartphone leaker Evan Blass has leaked the specifications of the upcoming Asus Zenpad Z8 Android tablet, which is heading to Verizon Wireless network. He also released a rendered image of the device with a prominent Verizon branding on the front.

From the image, we can see the front camera module and if you look closely, you will spot the proximity sensor. The image also shows two speaker grills on the top and bottom, a volume rocker and a power button on the right side.

According to the specifications leaked by Evan Blass, the Zenpad Z8 will feature an 8-inch QXGA display with a resolution of 1536 x2048, and a Qualcomm Snapdragon 650 processor with 2GB RAM. For storage, the device will have a 16GB internal storage and supports microSD for expandable storage.

The leaked camera spec is nothing special and Zenpad Z8 will have an 8-megapixel rear camera and a 1.8-megapixel front camera for selfies and video calls. Unfortunately, there is no information on battery or other hardware details, but we can hope the device will come with usual connectivity options like Bluetooth.

Apart from the above details, we do not have much information about the tablet. There is also no information on the launch date or its cost. We are sure that we will see more leaks, rumors, and speculation in the coming weeks and we will update you as soon as we get to hear anything more.