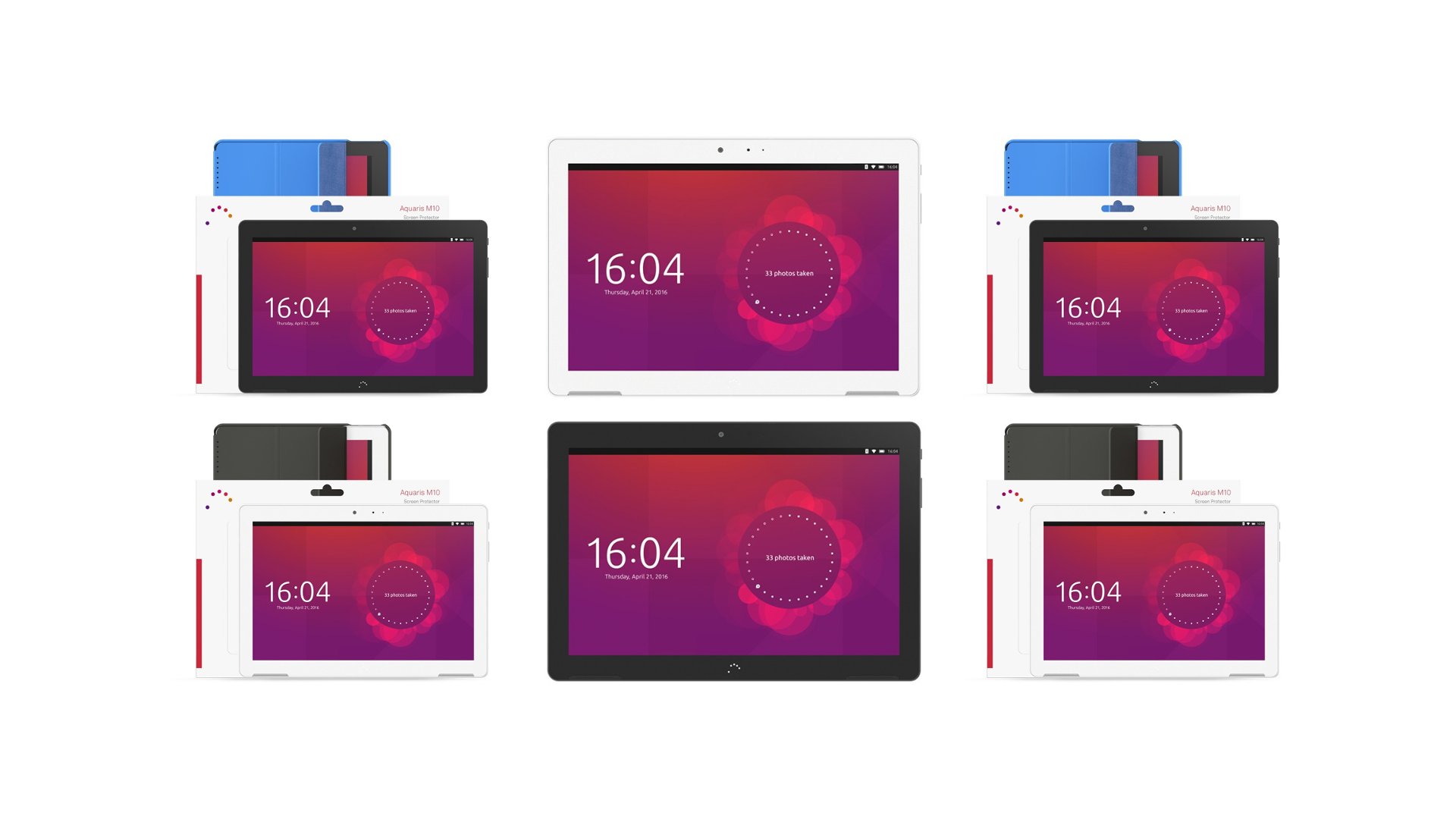 Last month, Canonical revealed its first Ubuntu Linux powered tablet, the Aquaris M10 Ubuntu Edition. Now, the tablet is available for preorder in both a HD and Full HD version through BQ's online store, with prices starting from €260 for the HD version offering 1280x800-pixel resolution and €300 with a 1920x1200-pixel resolution for the Full HD Ubuntu tablet.

Apart from the display resolution, both models sport the same hardware configuration. Both BQ Aquaris M10 Ubuntu Edition tablets are equipped with a 10.1-inch display offering a capacitive IPS multi-touch screen with 10 simultaneous-detection points. Other features of the Ubuntu tablet include a 64-bit MediaTek quad-core processor with Mali-T720MP2 graphics, 2GB of RAM, and 16GB of storage. They also have a microSD card slot for further storage expansion as well as micro HDMI port and connectivity provided by 802.11b/g/n wireless and Bluetooth 4.0 technology.

Both devices will have a 5-megapixel front facing camera for video calling, and an 8-megapixel rear facing for video and photographs. The BQ Aquaris M10 will also be the first tablet created specifically to run the Ubuntu OS operating system.

If you are a Linux fan, you can preorder these devices from BQ Online store using the links below.