We want every person around the world to easily express themselves on Twitter, so we're doing something new: we're going to try out a longer limit, 280 characters, in languages impacted by cramming (which is all except Japanese, Chinese, and Korean).

Twitter explained its decision by pointing out how some languages like Japanese, Korean, Chinese etc had much more room to share their thoughts and get the word out, while other languages like English requires more words. 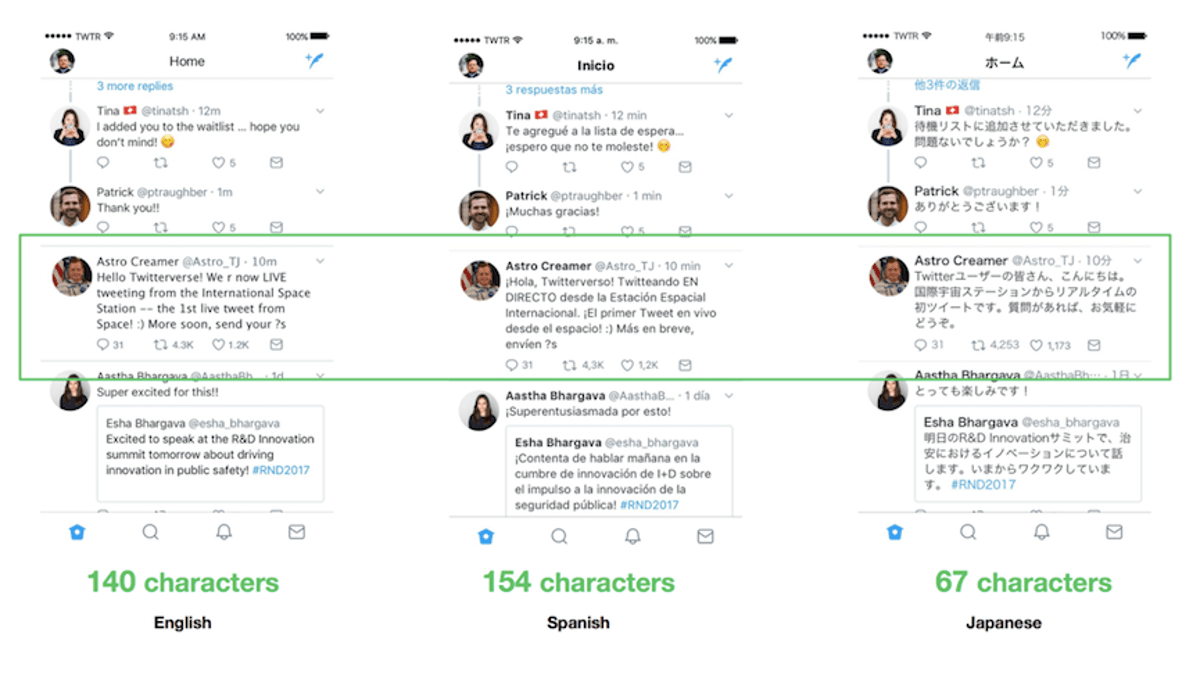 The thing is, you can express a lot more in a single word when you are writing in Japanese or Chinese compared to English or Spanish, which is one of the reasons why the company decided to increase the count for languages like English or French, etc.

Interestingly, this isn't a problem everywhere people Tweet. For example, when I (Aliza) Tweet in English, I quickly run into the 140 character limit and have to edit my Tweet down so it fits. Sometimes, I have to remove a word that conveys an important meaning or emotion, or I don't send my Tweet at all. But when Iku Tweets in Japanese, he doesn't have the same problem. He finishes sharing his thought and still has room to spare. This is because in languages like Japanese, Korean, and Chinese you can convey about double the amount of information in one character as you can in many other languages, like English, Spanish, Portuguese, or French.

Currently, the company is testing the changes with a small group of people to collect data and feedback before it makes a decision to launch to everyone. The new limit is not going to roll out for Japanese, Chinese and Korean, but rest of the users with other languages should get the new feature very soon.