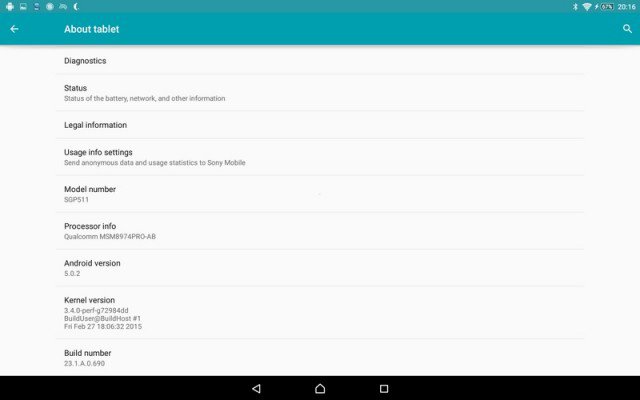 The two tablets are getting the same software. That's the Wi-Fi only (SGP611, SGP612) and LTE (SGP621) versions of the Xperia Z3 Tablet Compact. The rollout for the older Xperia Z2 Tablet is a bit slower, with the Wi-Fi only 32GB variant (SGP512) standing by as the 16GB LTE and Wi-Fi (SGP521 and SGP511) are pulling in the update.

People on the XDA-Developer sub-forums for these Xperias are already reporting success with installing the update.