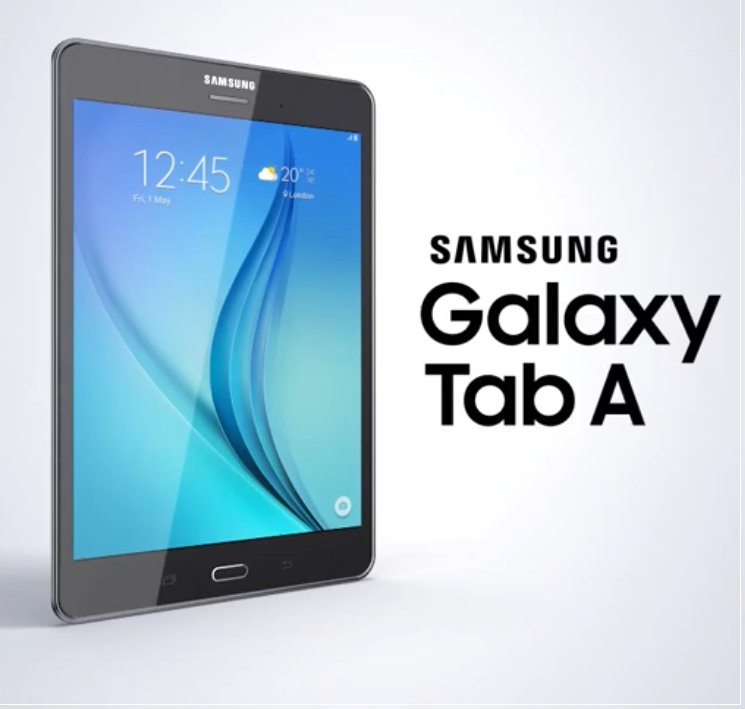 The Galaxy Tab A tablets are the first to show Samsung's switch to the 4:3 screen ratio, which will reportedly feature in the new generation top-of-the-line Galaxy Tab S models. In the Galaxy Tab A range both sizes come with the same low resolution of 1,024 x 768 pixels, which translates to the rather unimpressive 160ppi and 132ppi for the 8-inch and 9.7-inch flavors, respectively.

The tablets are powered by a 1.2GHz quad-core processor, presumably within a Snapdragon 410 shipset. Contrary to previous info, which put RAM at 1.5GB for the regular Galaxy Tab A, and 2GB for an alleged Plus version, the vanilla models do indeed pack 2GB of operating memory.

The 16GB built-in storage is expandable up to 128GB via microSD. A 4,200mAh battery is quoted to power the 8-inch model, which Samsung claims will be enough to last for up to 10 hours. The larger slate's battery capacity naturally gets a bump to 6,000mAh.

The larger of the two models also sports a dual speaker arrangement, over the 8-incher's single one, but whether that will provide stereo sound or just pump out more decibels, remains to be seen. A 5MP/2MP camera combo is on board for those cases when your phone is too deep in your pocket.

The tablets sport a new design, compared to the Galaxy Tab 4 models, which they are supposed to replace. The new slates show a metal-looking back, which contradicts somewhat with the headline wireless charging capability, now built-in. They aren't breaking any records, but are reasonably thin at 7.5mm.