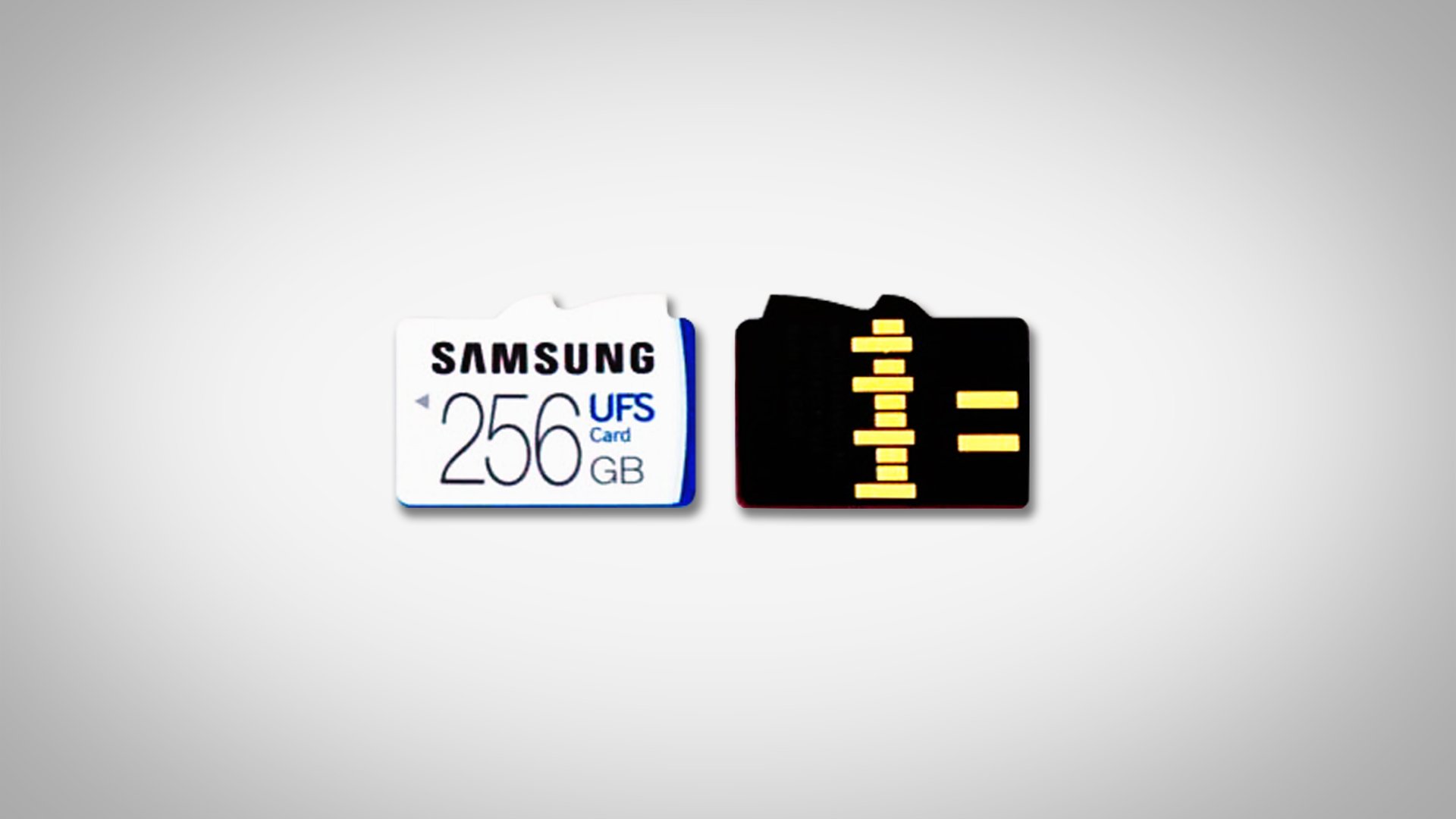 Samsung uses the new UFS standard, specifically UFS 2.0, which promise improved performance across the board. These new cards boasts a sequential read speed of 530MB/s, which is about half a gigabyte per second. It can also do 170MB/s sequential writing, which is almost two to three times faster than the fastest microSD cards available. More importantly, Samsung claims that its upcoming 256GB card has a random read rate of 40,000 IOPS, which is 20 times higher than that of a typical microSD card. In addition, it has a random write rate of 35,000 IOPS, which is a whopping 350 times higher.

Previously, UFS memory was limited to embedded memory, like those found inside smartphones and tablets. With the new standard and Samsung's new cards, UFS cards have the potential to leapfrog over even the fastest microSD cards in the market today.

It is also worth noting that even though UFS cards closely resemble their microSD counterpart, you can see that the new pin layout means the two are not cross compatible. In addition, the UFS Card Extension Standard is new and there is no device currently available to consumers that support it.

Samsung's removable UFS memory cards come in 32, 64, 128, and 256 GB capacities. No word yet on their commercial launch, which will probably depend on the availability of compatible devices in the market. However, we can dream that Samsung may make Galaxy Note 7 compatible with the new UFS cards making it the first devices to support these awesome memory cards.