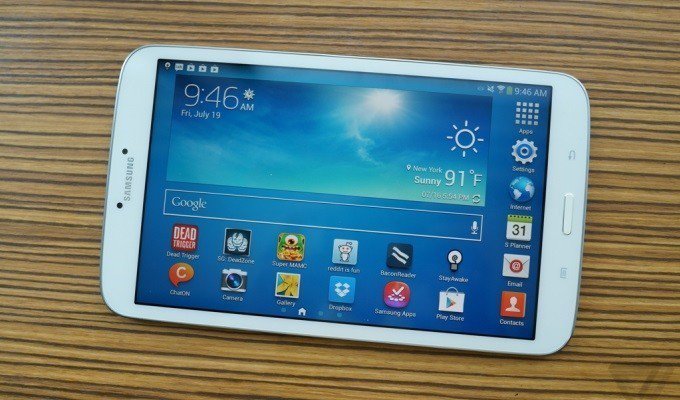 Reportedly, the devices in question have the model numbers SM-T116 and SM-T113 and belong under the codename "Project Goya".

Judging by the model numbers, they are to succeed the Galaxy Tab 3 Lite, probably leaning towards low-end hardware specifications. For example, the SM-T116 has leaked previously, sporting a 7-inch display, a 1.2GHz quad-core Spreadtrum SC8830 CPU, 1GB RAM, and Android 4.4 KitKat. While this isn't necessarily the final shopping list of internals, it illustrates what Samsung is going for in the specs department.

It is quite typical of Samsung to start each year with new tablets, so this rumor looks just about right. Additionally, a record in Indian import/export tracking website Zauba revealed that a sample SM-T113 tablet was shipped over to India for testing. Reportedly, Samsung plans to release the tablets in Europe sometime in the third week of January.