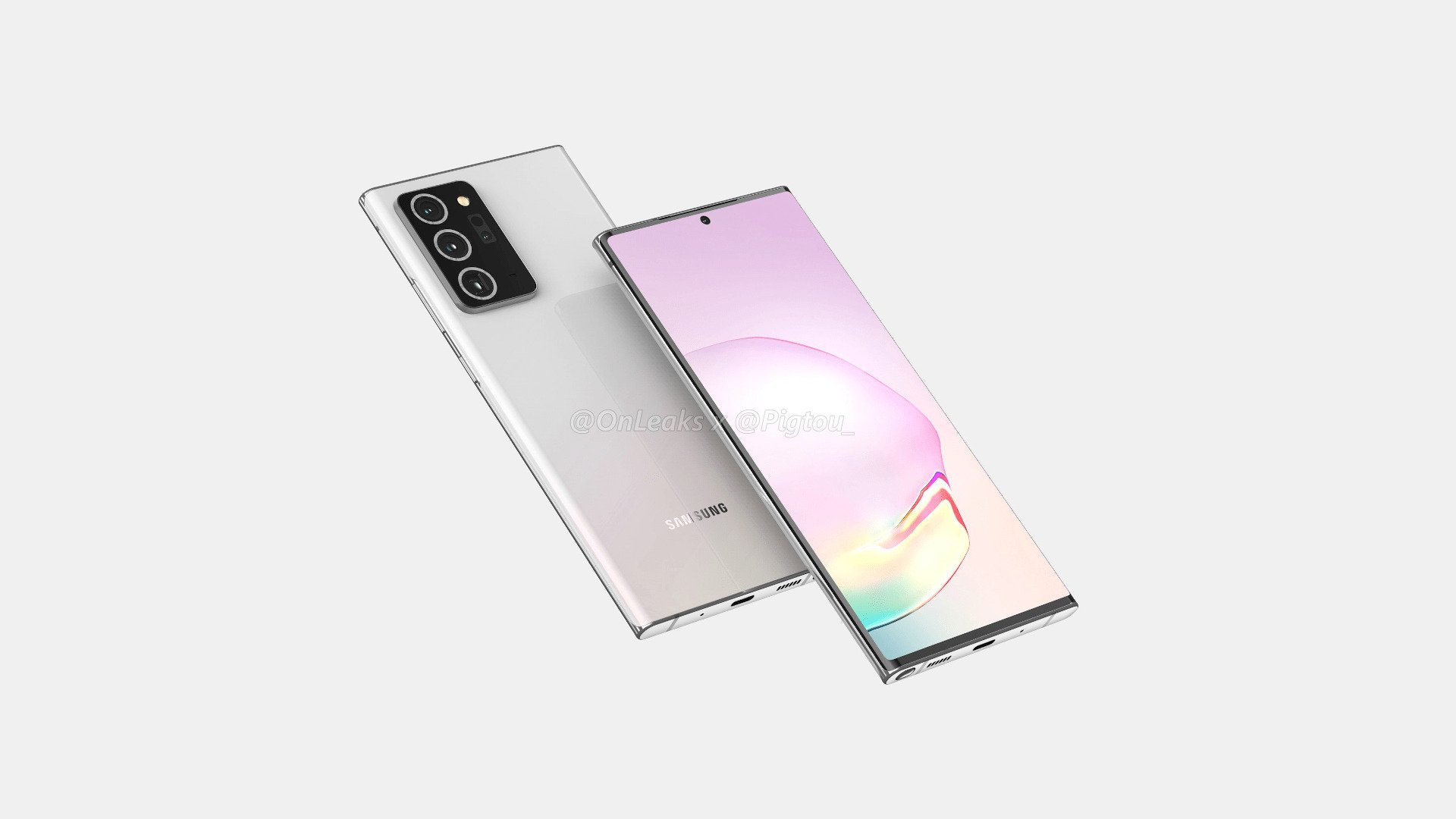 The newly leaked renders of Samsung Galaxy Note 20 Plus is hinting larger screen than its predecessor and reveals some details about its camera. Prolific leakster Steve H. McFly (@OnLeaks) has shared renders and a 360-degree video of the Galaxy Note 20+ that hint at a few clear similarities to the Galaxy S20 family. Given his past track record, these might well be the real deal.

As per the leaked renders, the handset will reportedly have a huge 6.9-inch screen and minimal bezels on the forehead. The Samsung Galaxy Note20+ will be 165 mm long, 77.2 mm wide, and 7.6 mm thick at the base (10.7 mm with the camera). The USB Type-C port, speaker grille, and the S-Pen slot are housed at the bottom, while the power and volume buttons are positioned on the right side of the device. The glass-made rear panel is curved, but the display slopes towards the edges very gently and looks almost flat.

Perhaps the most notable feature is the camera module on the rear of the device, which is much bigger than that of the 2019 Note Plus, according to the renders. There are three lenses stacked vertically at the back of Samsung's upcoming flagship, with the one at the bottom being a periscope camera. We also see a smaller camera lens (likely a 3D ToF camera) positioned below the LED flash and what appears to be a laser autofocus module. Unfortunately, we do not have any details on the camera specifications, but rumors point to a 108 MP camera.

A report by XDA Developers mentions that the Samsung Galaxy Note 20 Plus is likely to have a 4,500 mAh battery. The phone will have a small slit in the top bezel for the earpiece speaker. The report also says that the device might ditch the Samsung Galaxy S20 Ultra's headlining marketing feature 100X Space Zoom.

According to Korean publication KiPost (via SamMobile), Samsung is also reportedly removing the Time-of-Flight (ToF) sensor found in the Galaxy Note 10+ and Galaxy S20+/Ultra, which is a strange move since Samsung was reportedly investing in new ToF manufacturing capacity.

Specs-wise, so far we have only rumors that the Note 20 Plus will have better cameras than its non-Plus sibling. We expect the handset to be launched in August along with Note 20, provided there are no production issues due to the ongoing pandemic. Also, Samsung might do an online-only event due to the current situation.