Samsung Galaxy Grand Max And Galaxy A7 Leak In Korea 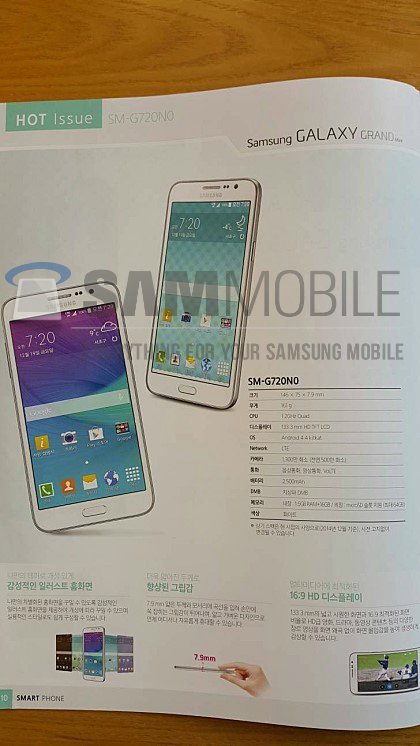 Samsung Galaxy Grand Max And Galaxy A7 Leak In Korea

Today we can see it in a leaked catalogue for South Korea. This listing gives us another round of specs for the device. What's perhaps more interesting is that alongside the A7 the Galaxy Grand Max has leaked too, as part of the same leaflet.

These two phones are headed to South Korea in the near future, where the Galaxy A7 will be offered by all three carriers over there. There's been no word on whether these devices are going to be sold.