Samsung Galaxy A80 is now available for purchase in select markets 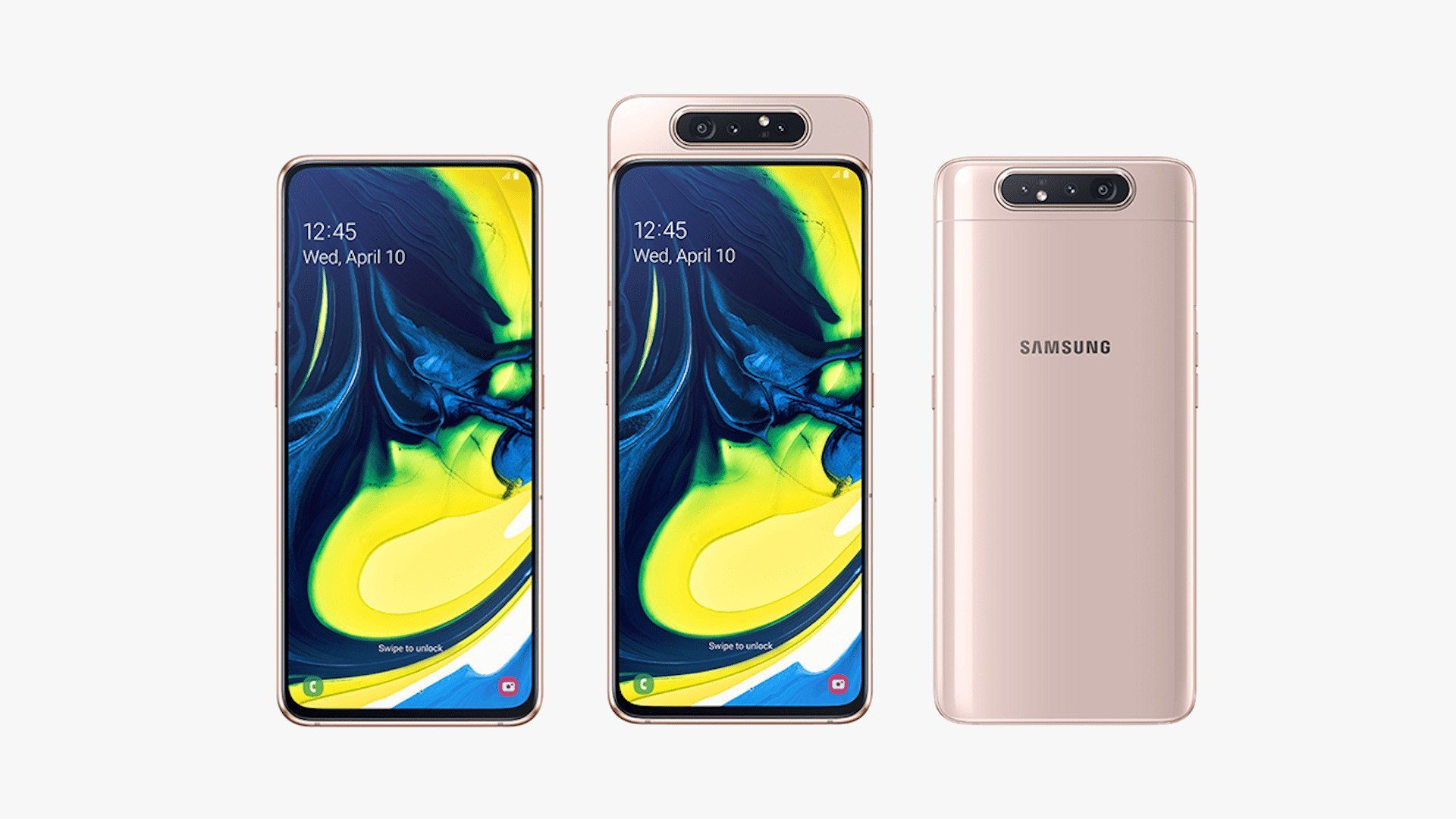 Samsung has announced through a press statement that their new Galaxy A80 smartphone is now available for purchase in select markets. Samsung did not clarify these launch markets at the time of writing. The handset was originally supposed to go on sale in markets such as Asia, Australia, China, Europe, Hong Kong, Middle East, New Zealand, and Russia in late May, but the official availability got delayed.

In any event, the phone's biggest selling point has to be its flip camera. The smartphone sports Samsung's first rotating triple camera module and features a new Infinity Display panel. The Galaxy A80 uses a combination of a slider and Oppo-style flip camera to create a rather unique mechanism. The Galaxy A80 flip camera mechanism packs a 48MP main shooter, 8MP ultra-wide camera, and a 3D ToF sensor. These shooters also serve as your selfie cameras thanks to the flip setup, of course.

The new phone does however lack a microSD card slot and a 3.5mm port, which have been two Samsung fixtures over the years. It might not be the only Samsung phone to abandon the 3.5mm port though, as the Galaxy Note 10 is rumored to be ditching the standard too.

Samsung says the device is available for purchase through various online and physical stores. Various online reports have claimed that the handset is currently on sale in UK, and various European countries, including Spain and Switzerland.

Samsung has not revealed pricing for the Galaxy A80 but Clove in the U.K. is selling the device for 616 pounds ($780, 688 euros), which would make it substantially more expensive than the Galaxy A70.

You can find out more information about the new Samsung Galaxy A80 smartphone over at Samsung at the link below.