Rumor: Microsoft May Introduce Tabs In File Explorer And Other Windows 10 Apps 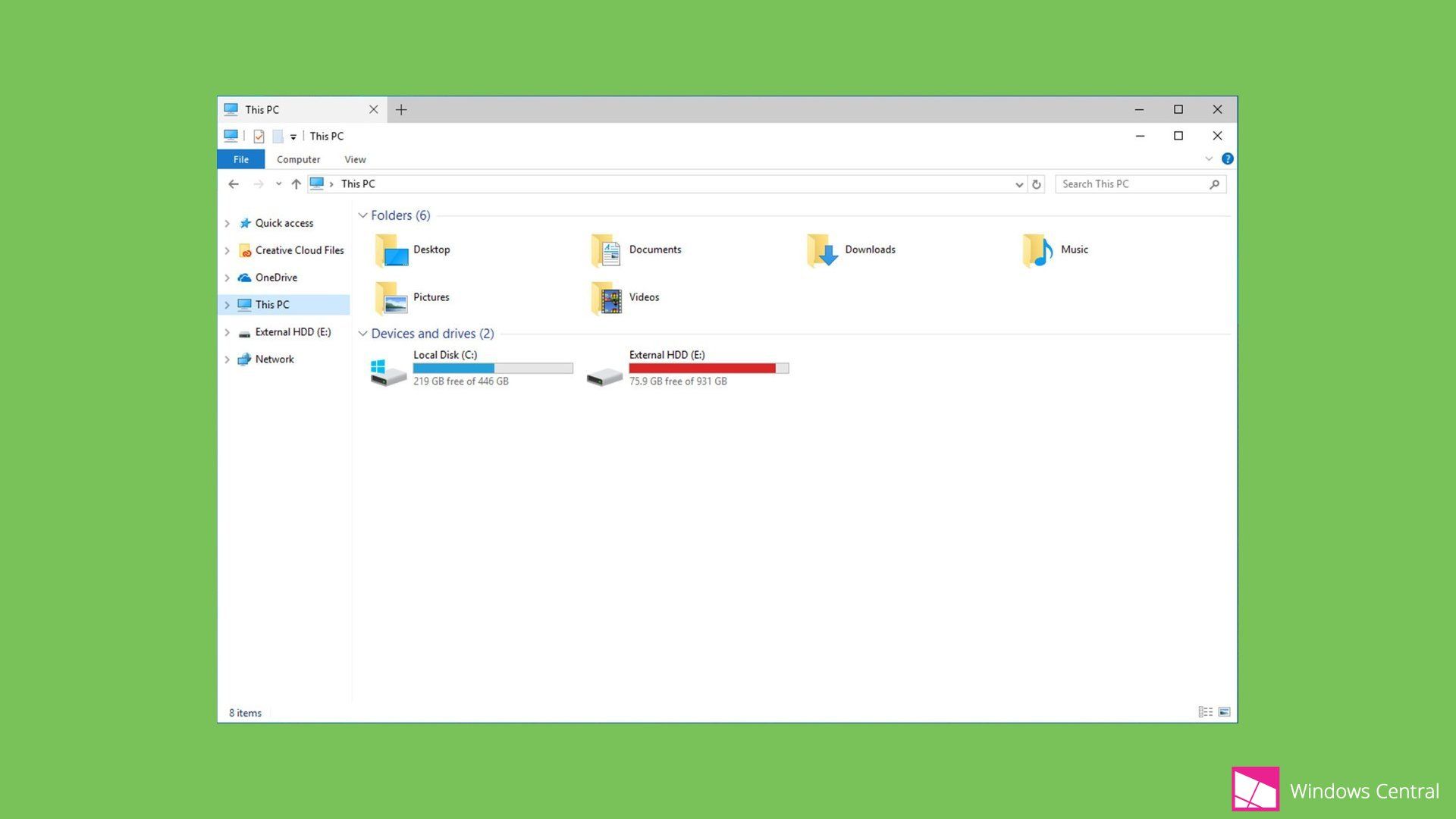 According to a recent report, Microsoft may be working to bring tabs to File Explorer. Citing anonymous sources, Windows Central says that Microsoft is experimenting internally with a new feature called "Tabbed Shell", which brings the familiar browser tabbing module to all app windows in Windows 10, including the File Explorer.

The site claims that Tabbed Shell will be an OS level feature and works with any app window, whether it be Photoshop, File Explorer, or Microsoft Word, without requiring any code changes from developers. Apps will gain a tabbed interface at the top of a window where you can switch between instances of the same app. It seems like Tabbed Shell will be available to both Universal Windows Platform (UWP) apps and win32 apps.

However, the Tabbed Shell is not without its drawbacks. Apps with their own title bar like Microsoft Word or Photoshop will display 2 title bars -- one that controls tabs and other that belong to the app. To address this issue, Microsoft will also offer API's to developers, so that they can "integrate" their apps with Tabbed Shell and have better control over the tabbed experience.

Windows Central has also created some mockups based on the information from an anonymous source.

Windows 10 - Optimized Tabbed Shell With Only One Title Bar

We do not know how this will affect apps that already have tabs as part of them -- like Notepad++, Google Chrome, Firefox. We believe once it matures, the tabbed interface will be optional for apps. The Tabbed Shell is experimental and Windows Central says that we will not see it until Redstone 3 or Redstone 4 update in 2018.