TalkingData, a Chinese Analytics Company, reports that they have estimated over 1 million Apple Watches to be in use in China. TalkingData has access to huge volumes of data as the apps it monitors include WeChat, which has more than half a billion active users.

Apple has not released any official figures, but Tim Cook gave some hints back in July which suggested that the company had sold more than 3M Watches globally.

Here is the chart from TalkingData that shows the total number of Apple Watches identified in China. Notice that the increase in sales really flattened out once the initial excitement of the product's launch wore off. 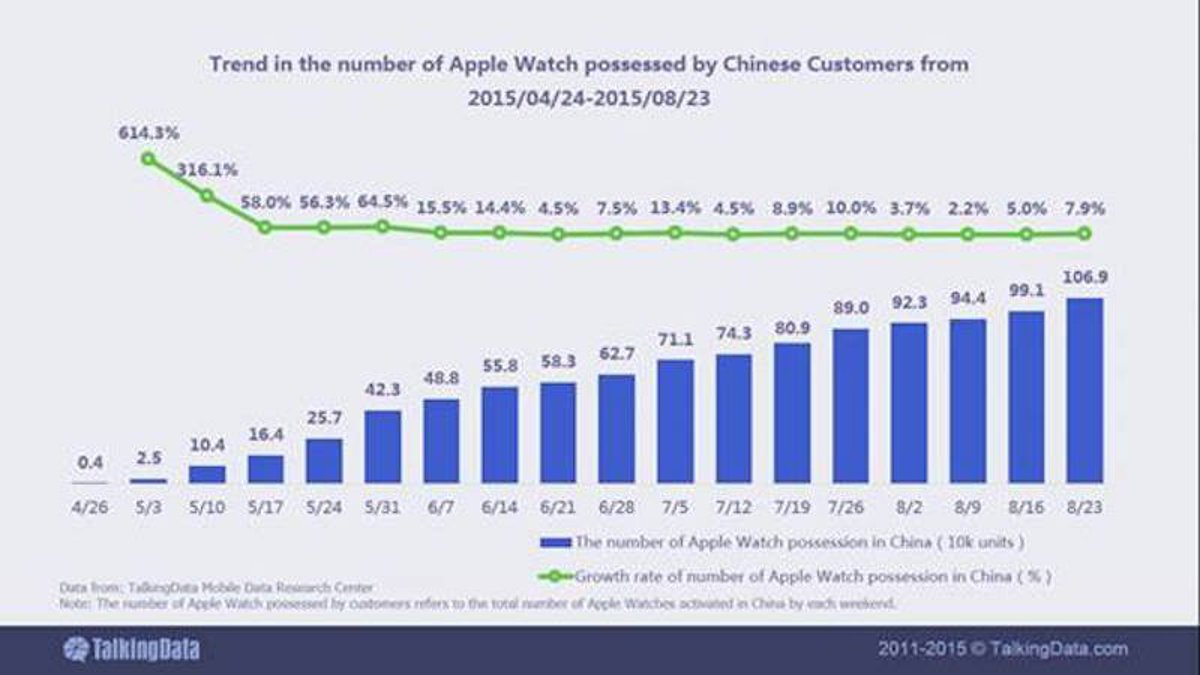 Those wanting to try or buy the Apple Watch now have more options. Best Buy in the U.S and Canada are selling Apple Watch since last month and Apple is also ramping up its own sales efforts through Apple Stores.