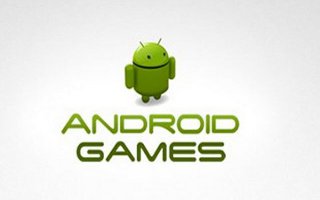 Here is our list of popular games for Android that you need to download. The games are BLOOD & GLORY (NR) , DEAD TRIGGER, Raging Thunder 2 FREE, Let's Golf! 3, Asphalt 7: Heat

Battle in the arena and entertain BLOOD-thirsty crowds in a fight to the death. Here, GLORY is the only option

Usually one match is broken down into parts so that youll fight the opponent from a variety of viewpoints. Dramatic cutscenes will break up the sections and theyll cue when youve drained the opponents energy enough. Basically the different fighting perspectives are for showing off the unity 3D engine and your phones rendering ability. But my oh my the graphics in this game are off the charts: really beautiful and detailed models! Its almost like some of the latest console first person shooter games have reached our phones.

Take to the Arena in the bloodiest, goriest swipe and slash fighting game on the Marketplace

Equip an arsenal of lethal weapons and armor tailored to suit all fight styles, including blades & shields, and destructive dual weapons

Complete special attacks and combos for the ultimate blood-soaked victory!

In 2012 modern civilization is coming to an end. Global economics have been disrupted, money has lost its value. People have risen against the ignorant politicians who were just lining their pockets and they didn't spare any of them.

However, those who really ruled the world were prepared - and escaped. Suddenly billions of people died from a strange virus, while others turned into butcherly beasts with just one thought: TO KILL!

Only a few people on the planet have survived, at least until they run out of ammo... or learn how to stop them...

The game starts at the map screen, where the player can select currently available missions or access in-game features including a shop, casino, and arena. There are always several generic missions available, as well as story missions. Additionally, the player can play a bonus mission each day for a small gold bonus.

Get the best out of your device

Enjoy the zombie slaughter in many different ways: blast 'em out of existence with lethal weapons, blow them up with powerful explosives or chop off their limbs and let them die slowly

Load your gun and save the Earth

Raging Thunder 2 will take you through abandoned temples, tropical beaches, snow-covered mountains, the Great Wall and a range of other breathtaking vistas the world over! Buy new cars to upgrade and balance until you have the ultimate ride then take it online to punish your opponents wherever they might be, or play an intense round of Survival, Time Attack or any other of the 5 single player game modes.

The game has great graphics with beautiful effects of light and shadow. Once started, the game loads quickly. Your race car speeds down the track. The inclination of the device turns the car as needed, this action had a good response and sensitivity. The controls, including those for acceleration and turning, you can change some options from the main menu. During play, there were some instances where the game froze for a split second. After corrected and went smoothly. In this version of Raging Thunder 2, you play three rounds on one of the tracks in the game, good chance to experience the speed and good finishes.

The worlds most exciting golf odyssey returns with more great new features that youve been waiting for! Everyone can join in this fun and exciting golf adventure. Create your avatar and challenge friends and opponents from across the globe in golf tournaments that are unlike anything youve seen before.

In this games the character on six fictional courses located in exotic locations like the pyramids of Egypt and the Milky Way. Courses are colourful and richly detailed, with lush greens and fairways. Strokeplay and Matchplay are possible on all 18 holes of each course, and there are 18 challenges available. A maximum of three stars are awarded depending on your performance, with each hole or challenge unlocked once you've achieved at least one on the previous hole.

WHERE NO ONE HAS GOLFED BEFORE

BE YOUR OWN GOLFER

Gameplay in Asphalt 7 is very similar to that of previous games in the Asphalt series, with the player given the option of tilting the device, touching the side of the screen, or using an onscreen virtual steering-wheel to steer.

Hit the speed of heat in the newest, fastest, most visually stunning edition of the famed Asphalt series.

Drive 60 different cars from the worlds most prestigious manufacturers, like Ferrari, Lamborghini and Aston Martin, including the legendary DeLorean.

RACE ACROSS THE GLOBE

Gear up to race on 15 tracks set in real cities around the world, including brand new tracks in Hawaii, Paris, London, Miami and Rio.

The completely revamped multiplayer lets you take on up to 5 of your friends locally or online. Keep track of whos the best with the new Asphalt Tracker that lets you compare stats, show off achievements and challenge rivals. You can also find new online opponents with the matchmaking system. Practice hard, because there are special events that will pit you against the best in the world!

YOUR WAY OR THE HIGHWAY

Play however you please with 6 different game modes packed with 15 leagues and 150 different races.

Every car and track is more beautiful than ever thanks to graphics that push the limits of your device.

A RECORD OF SUCCESS

Acclaimed by both media and players, the Asphalt franchise has already attracted several million players worldwide... Come and join the ride!

For fans of racing, driving simulation and multiplayer Android games.

For optimal performance, we recommend closing other applications and restarting your device before playing Asphalt 7.