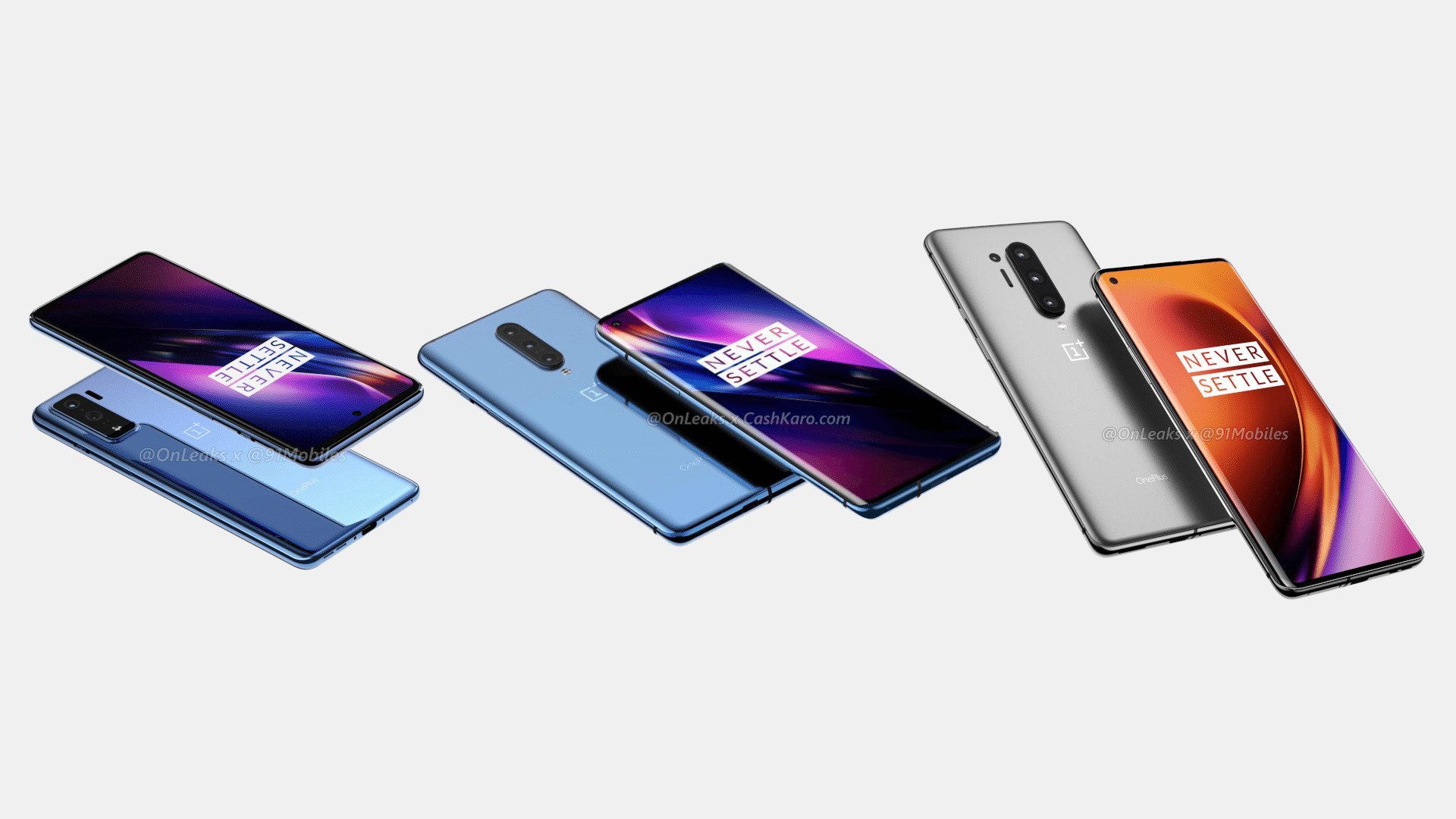 While OnePlus is yet to reveal a launch date for the OnePlus 8 and 8 Pro, the full specifications of the two smartphones have been leaked online. The last-minute leak pretty much sums up what fans could expect from this year's more expensive flagship killer.

According to the leak, both OnePlus 8 and OnePlus 8 Pro will have the same base specs, like the Snapdragon 865 with 5G, 8 or 12 GB of RAM, and 128 or 256 GB of UFS 3.0 storage. Both handsets will come with Android 10 and have recently received 5G TENAA certification in China. They even have the same 16MP front camera but the similarities end there. Notably, the Pro will offer the new LPDDR5 RAM, while the other will continue to use LPDDR4X.

The 8 Pro will sport a 6.78-inch 120Hz Super AMOLED screen and a quad-camera setup in the rear. The cameras on the back are made up of two 48 MP sensors, an 8MP camera, and another 5MP camera. But more than just the hardware, the Pro version will also boast of 30W wireless charging with 3W reverse wireless charging and IP68 rating, both firsts for OnePlus. Color options could include Blue, Black, and Green. The new Green shade of the OnePlus 8 series was revealed by popular tipster Steve H.McFly (@OnLeaks).

Meanwhile, the vanilla OnePlus 8 will feature a 6.55-inch screen with a 90Hz refresh rate and a triple camera setup on the back. The triple cameras will include 48MP and 16MP cameras with what might be a 2MP depth sensor. The 4,300 mAh battery is large and supports 30W Warp Charge wired charging even if it does not get wireless charging support. Sadly, the vanilla OnePlus 8 will not carry the IP68 rating and it is not fully waterproof. It will be available in Glow (no idea what that could be), Black, and Green color options.

If these leaked specs are on the mark, the OnePlus 8 Pro could be the biggest leap the company has ever made ever since it ditched the headphone jack. Usually launched in May, rumors also claim that OnePlus is eyeing an earlier debut sometime next month. We are also expecting OnePlus to launch a third variant, the OnePlus 8 Lite, which could be priced lower and powered by the MediaTek Dimensity 1000 chipset.