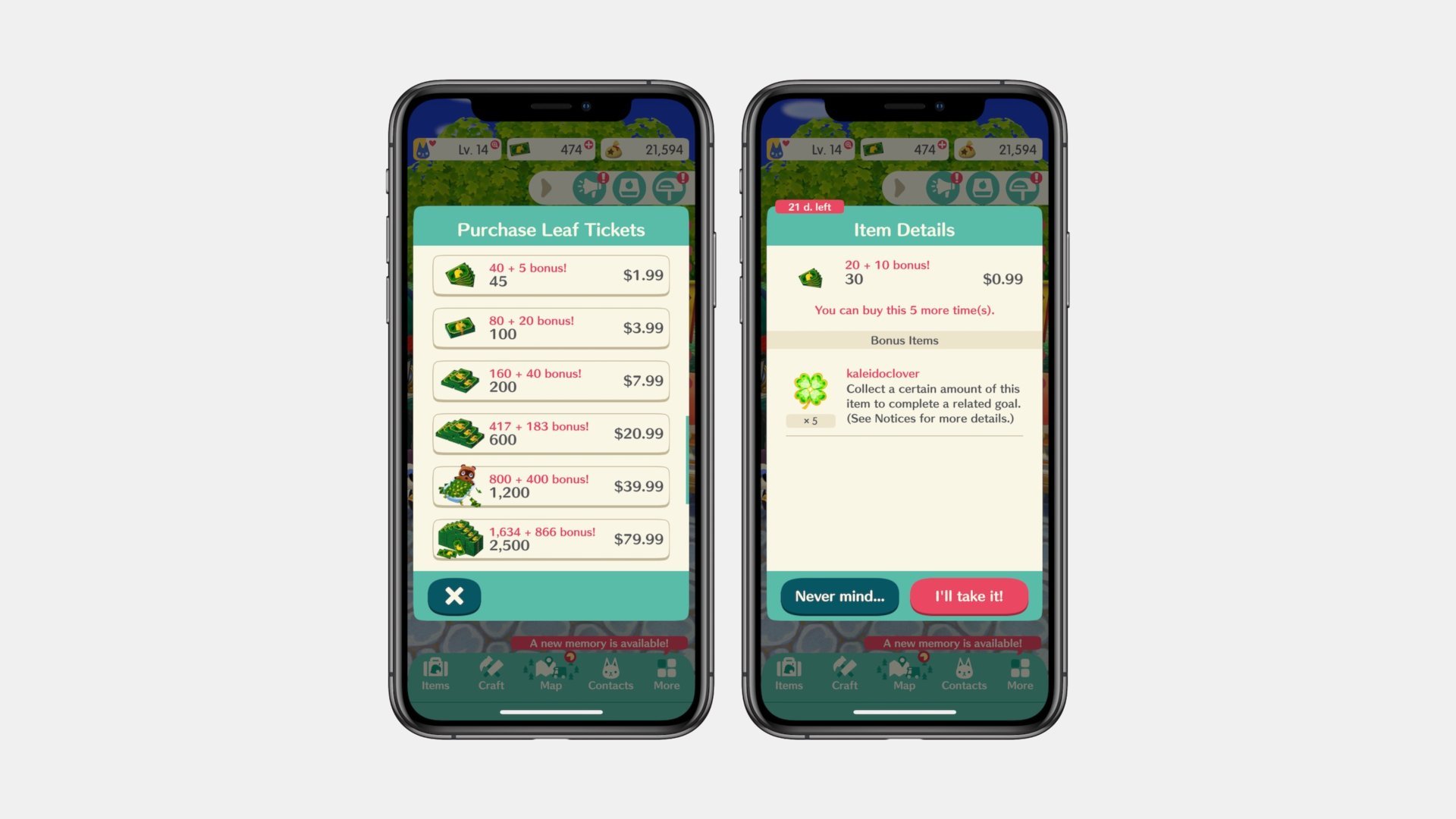 According to a recent report, Nintendo is worried that app-based microtransactions could end up tarnishing its brand name. The company is going so far as to ask its developer partners to adjust In-App purchases in the games so that players do not spend too much on in-app purchases.

A Nintendo official has also reiterated that the company uses its smartphone games to entice players into purchasing full-fledged console titles. Now, according to the unnamed official, Nintendo is concerned that it could be criticized for being greedy in the smartphone gaming market, ultimately hurting the company across divisions.

The company decided to cut back on In-App purchases is already affecting certain titles. Dragalia Lost developer CyberAgent recently cut its fiscal year earnings forecast for the first time in 17 years, in part blaming per-player revenue from that game. Although it has a lot of players downloading and interacting with the app, "revenue from each player has fallen short of projections", seemingly tied to Nintendo's new strategy. Officials from the company told the Journal that Nintendo specifically asked it to improve the chances of winning access to rare characters.

Nintendo is not interested in making a large amount of revenue from a single smartphone game. If we managed the game alone, we would have made a lot more.

A Nintendo spokesman simply confirmed that the company discusses "various things, not just limited to payments, to deliver high-quality fun to consumers".

The company has been getting into the mobile space as of late, which is not normal for them. They have had some major successes while also dealing with some projects that did not meet expectations. Still, instead of following the industry trends, the Japanese video games maker has come out and told its mobile gaming partners to tone down the microtransactions in their games. For comparison, Activision Blizzard is seeing over half of its revenue coming from microtransactions, and games like Epic's Fortnite is making hundreds of millions in revenue each month right now.

Despite the success of the free-to-play model and the confirmation that the next Nintendo games -- Dr. Mario World and Mario Kart Tour -- will be free-to-play, Nintendo has said that it prefers the payment structure of Super Mario Run to in-app purchases. Shigeru Miyamoto has echoed this week's report in the past, asking the gaming industry to stop "nickel-and-diming" players, and promising that Nintendo will continue pushing for pay-once mobile apps into the future.

Nintendo has always done things differently. When game publishers like EA or Ubisoft start to see a slowdown in sales the companies end up doing massive layoffs. Nintendo, on the other hand, has actually had multiple executives take a pay cut due to weak hardware sales (such as the Wii U). They have also set themselves with a modest goal of 100 billion ($895 million) in annual revenue and they are happy with obtaining this goal in a fair and balanced way.