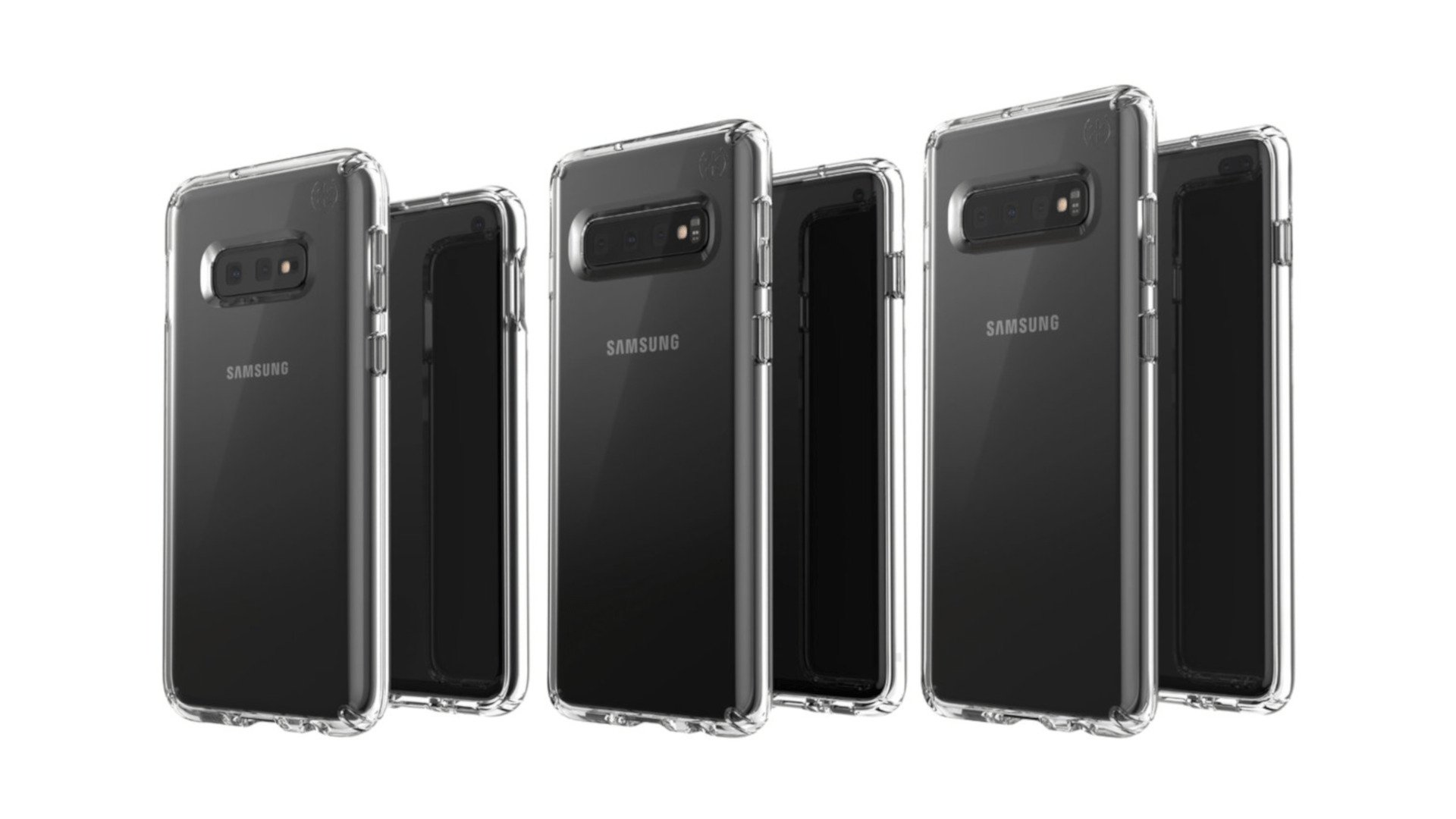 This new image shows off all three variants in their glory, and it is not that different from earlier renders which got leaked online. The 6.1-inch Galaxy S10 and 6.4-inch Galaxy S10+ both have curved displays and a triple rear camera. The S10+ also appears to have dual front-facing cameras with a larger hole-punch.

The 5.8-inch Galaxy S10 model (presumably the S10E), will serve as a cheaper model and it will have a flat display and a dual rear camera. The cheaper 5.8-inch model will have a side-mounted fingerprint sensor, while the other two models have an in-display sensor. The case render does show a larger cutout for the power button on this model compared to the other ones. All three handsets will have Infinity-O displays.

Evan Blass points out that this image features the Galaxy S10 lineup in clear cases, with the S10E on the left, the S10 in the middle, and the S10+ on the right.

The company is also rumored to have been in discussions with Verizon to bring a 5G version of the phone to the US and South Korea. An earlier leak in January showed off the front of the S10 model, showing minimal bezels and a hole-punch for the forward-facing camera.

Samsung will hold its Unpacked event next month, where it is expected to show off a fully functional version of its foldable phone, along with the next iteration of its Galaxy lineup, Galaxy S10. We can also expect more renders of the Galaxy S10 lineup to surface in the coming days.