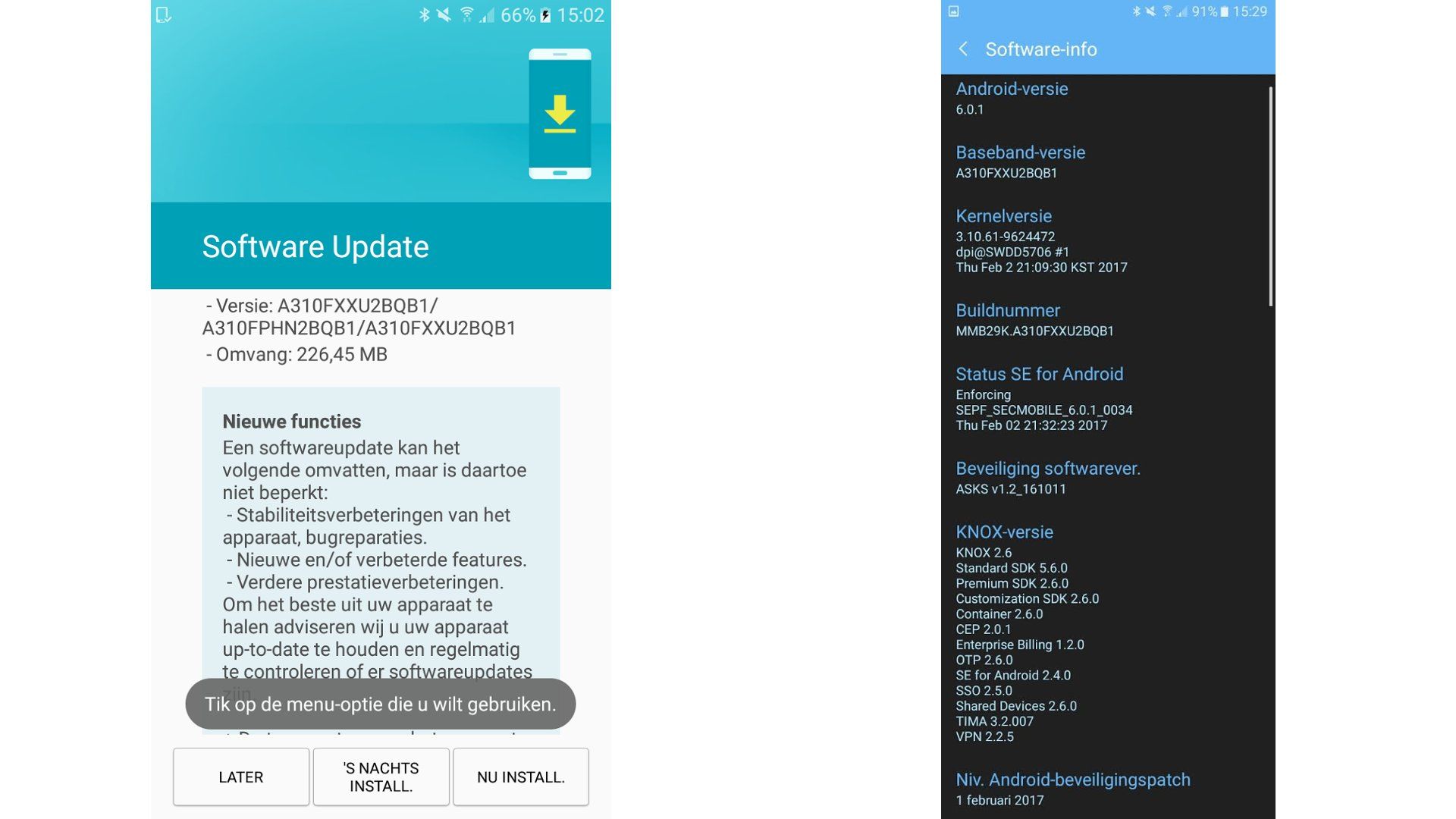 Samsung is now rolling out the February security patch for Galaxy A3 (2016) in the Netherlands. Interestingly, last year's Galaxy A3 has received this patch before the Galaxy A3 (2017). The update carries Firmware version A310FXXU2BQB1 and is around 226MB. It also brings the February security patch that includes fixes for 50 vulnerabilities in Android as well as fixes for several exploits exclusive to Samsung's software. The update also has many stability and performance improvements.

Now that this firmware update is out in The Netherlands, it is only a matter of time before it is made available to users in other countries across Europe as well. Please remember that the update is being rolled out in batches and it may take some time for all Galaxy A3 (2016) to receive it.

If you received a notification message for this software update:

If you did not receive a notification message for this software update, follow the steps below to manually update your phone: