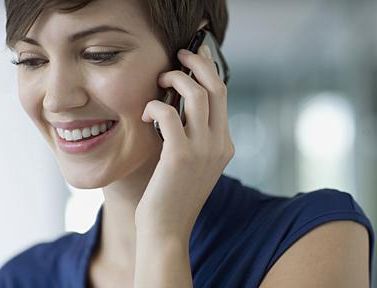 Mobile phones do not increase the risk of cancer, according to a large study involving more than 350,000 people by Danish researchers published Friday.

The results, released on the British Medical Journal's website, chime with a series of other studies that have reached similar conclusions.

Scientists from the Institute of Cancer Epidemiology in Copenhagen looked at people aged at least 30 who subscribed to mobile phone contracts and compared their rates of brain tumors with non-subscribers between 1990 and 2007.

Outside experts said the large scale of the trial was impressive.

"This paper supports most other reports which do not find any detrimental effects of phone use under normal exposures," said Malcolm Sperrin, director of Medical Physics at Britain's Royal Berkshire Hospital and Fellow of the Institute of Physics and Engineering in Medicine.

At the end of May, the World Health Organization's International Agency for Research on Cancer decided cellphone use should be classified as "possibly carcinogenic to humans," putting then in the same category as lead, chloroform and coffee.

But just over a month later the International Commission on Non-Ionizing Radiation Protection's committee on epidemiology said the scientific evidence increasingly pointed away from a link between mobile phone use and brain tumors.

The number of mobile phones has risen hugely since the early 1980s, with nearly 5 billion handsets in use today, prompting lengthy debate about their potential link to the main types of brain tumor, glioma and meningioma.