According to a leaked internal document shared by 9to5Mac, several Apple devices will stop receiving repair and parts service in Apple Stores on June 9. For those of you who are not aware, Apple has a policy of classifying devices that are seven or more years older as obsolete and does not offer support for them through its retail stores and approved service providers.

Note: For those living in California or Turkey, Apple will classify older devices as vintage instead of obsolete. Devices classified as Vintage will continue to receive hardware service but no software updates are provided.

According to the document, Apple will not repair these devices after June 9:

If you need to repair any of the above devices, then make a reservation at the Genius Bar before it is too late. 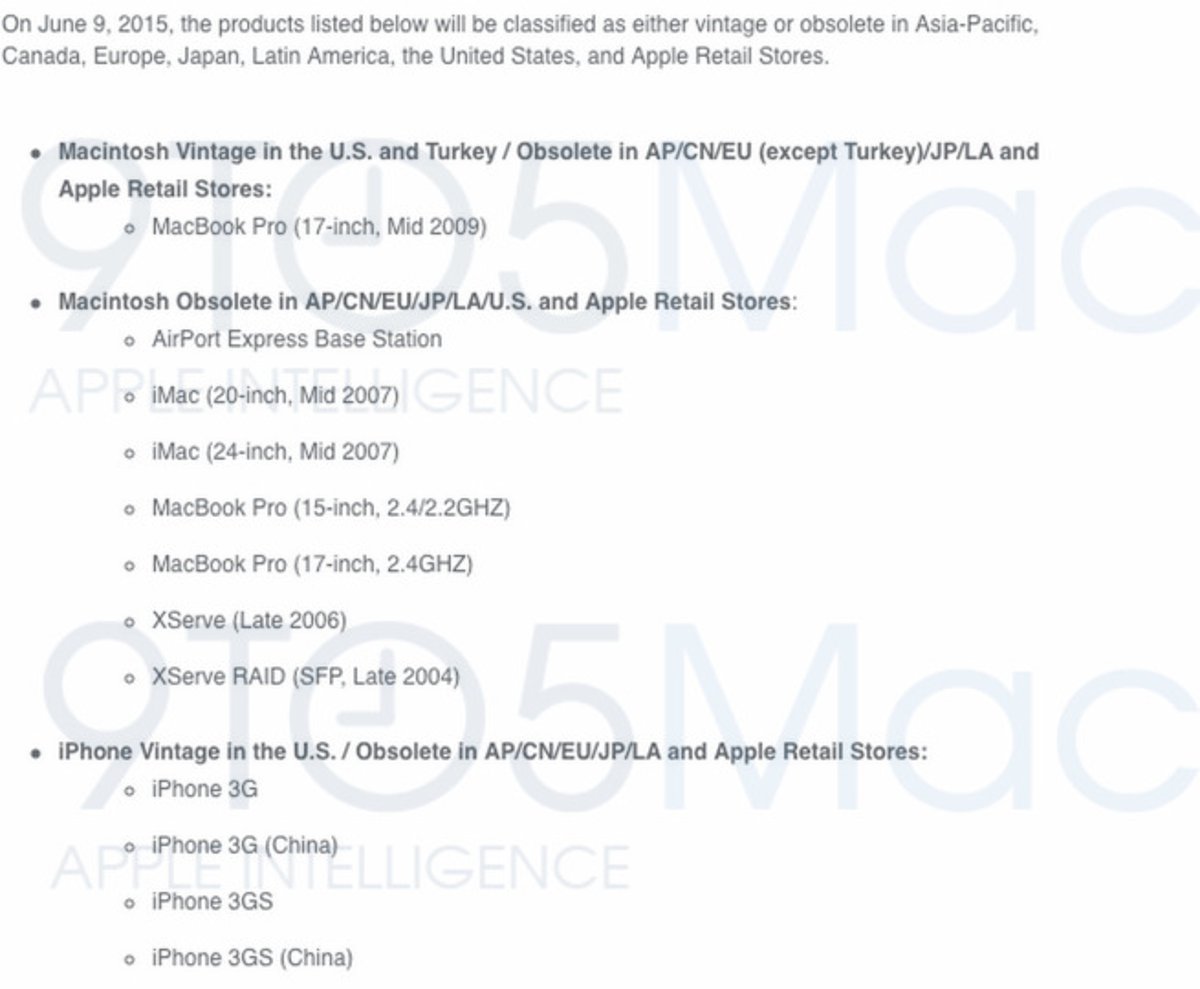