According to 9to5Mac, a leaked support document from Apple claims many Apple devices will be marked obsolete a day before its iPhone event scheduled next month.

The products receiving obsolete status include the original Apple TV, Mac mini (late 2009), Apple LED Cinema Display (24-inch), Apple Cinema Display (30-inch DVI Early 2007), 2nd and 3rd generation iPod touch, 3rd generation iPod shuffle, 5th generation iPod Nano, and the iPod classic. All of these products will be marked as obsolete across the world except for California and Turkey, where it will be marked as "vintage". In other words, if you own any of these devices then you will no longer be eligible for service or hardware support through Apple's retail stores or third-party service providers. While devices classified as Vintage will continue to receive hardware service but no software updates are provided.

Apple has a policy of classifying devices that are 5-7 years older as obsolete and does not offer support for them through its retail stores and approved service providers. Apple maintains a list of Obsolete and Vintage status products on its website.

According to the document, Apple will not repair these devices after September 8, 2015: 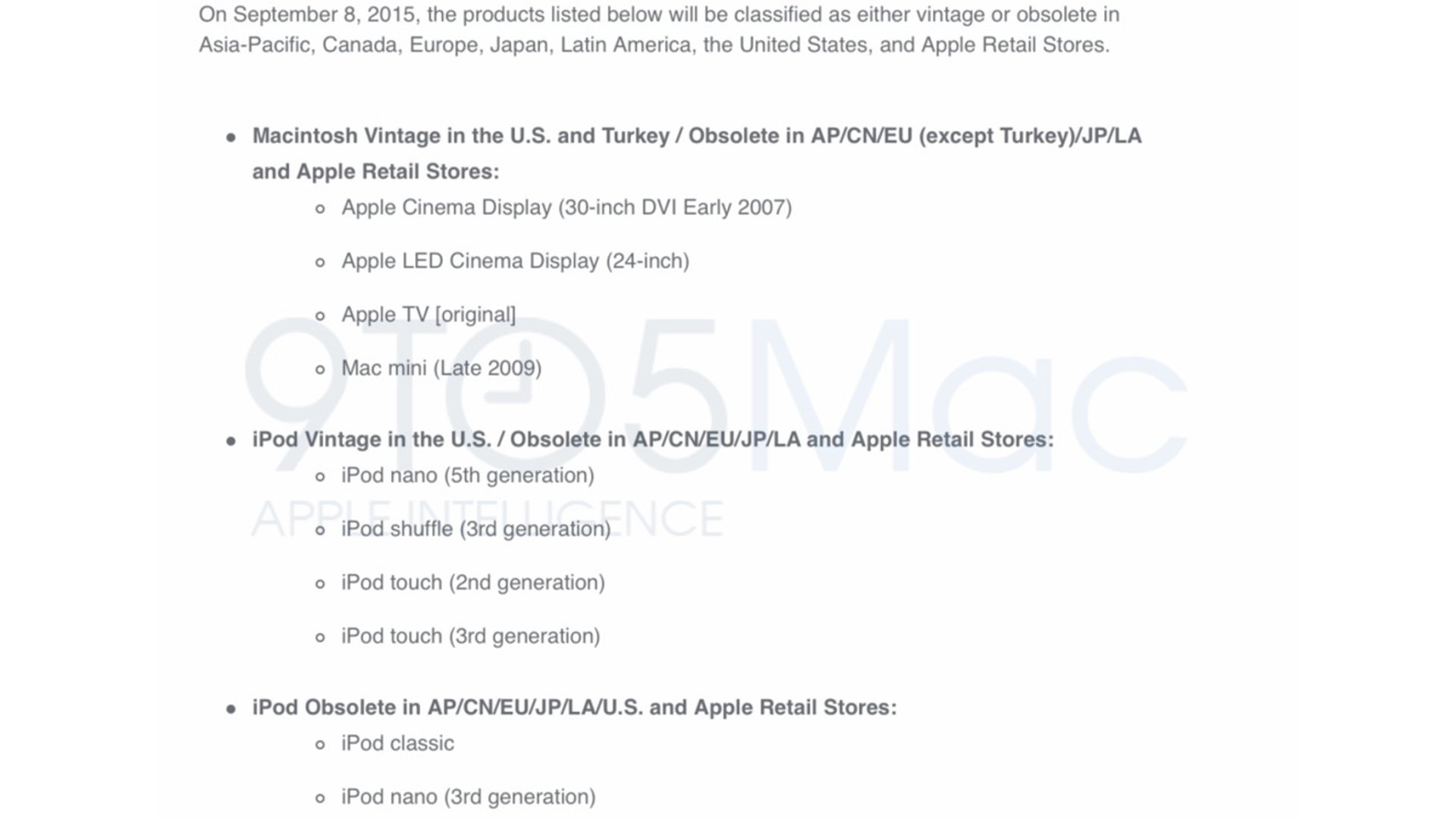 If you need to repair any of the above devices, then make a reservation at the Genius Bar before it is too late.