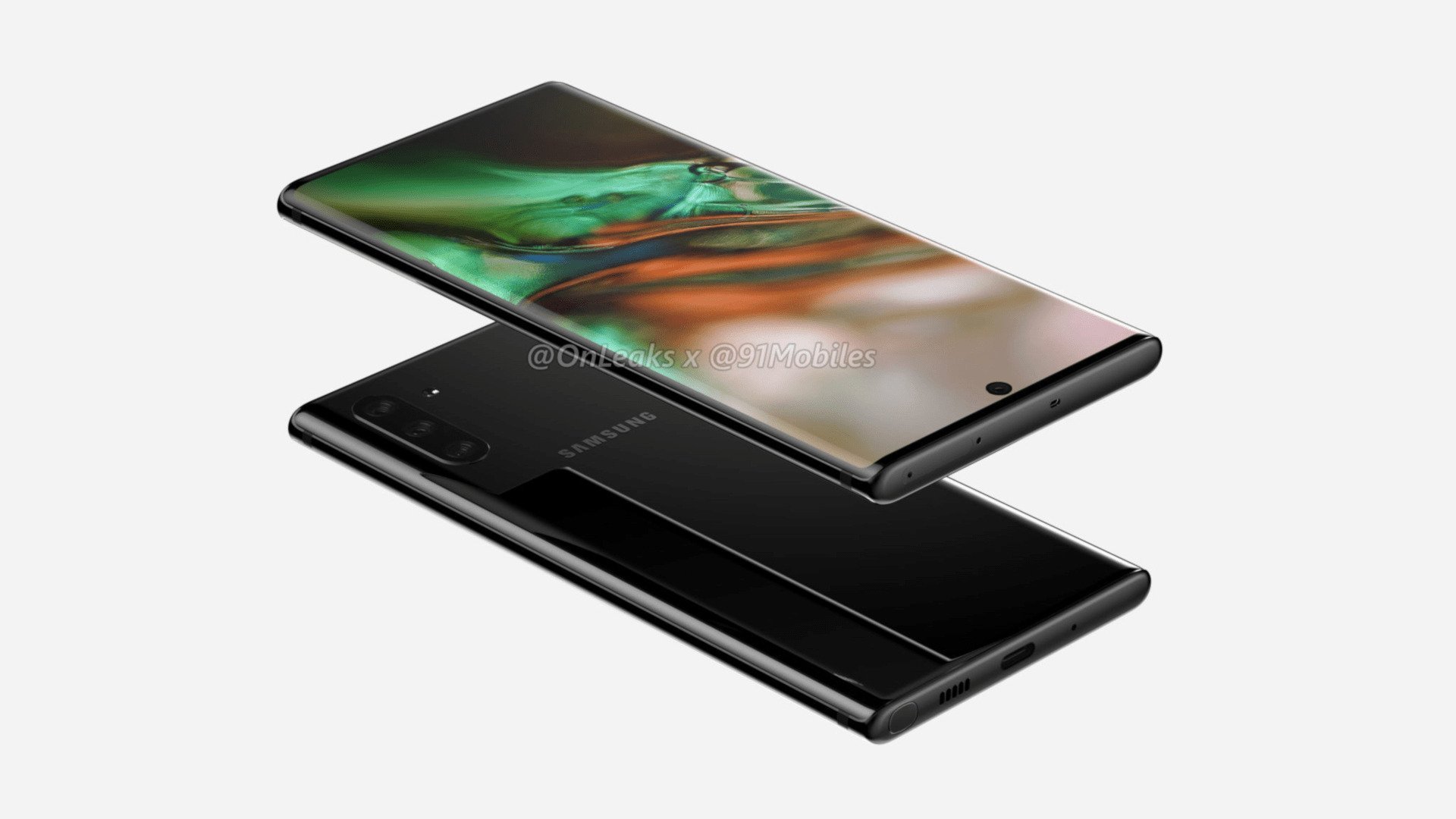 Thanks to @OnLeaks and 91mobiles, we have our first wholesome preview of the Samsung Galaxy Note 10 with a hole punch display, but no headphone jack or Bixby button.

Samsung Galaxy Note 10 is easily one of the most anticipated smartphone and lot of us hungry for even a tiny bit information about the device. Now recently leaked renders by @OnLeaks shows the device in all its glory.

According to the leaked renders of the phone, it seems that Samsung could be continuing to use a similar design they used in the Galaxy Note 9. The first thing that catches the eye is the punch-hole front camera that is sitting right in the top middle of the display, contrary to the S10 series. While we are not fan of punch-hole displays, some might prefer it. This also suggests that Samsung might not be quite ready to debut its under-display front-facing camera tech just yet.

Speaking of cameras, the phone has three cameras on the rear, putting it on par with the latest offers from the competition - in fact, it looks darn similar to the Huawei P30 Pro. Since there is no fingerprint reader here, it is safe to assume Samsung put the tech under the display.

The screen also appears to be curved even further on the sides than its predecessor, although that is hard to tell. What we can say is that bezels are mostly eliminated by now - only tiny, evenly sized bezels remain on the top and bottom. The device also looks considerably more square and industrial with its uniformly black sides and back.

Some of the previous rumors of the handset have suggested that Samsung could do away with all external physical buttons, but these renders seem to suggest that they will be sticking around. Sadly, there is indeed no headphone jack in sight. Also, it seems Samsung is done with Bixby as there is no dedicated Bixby button we can find in the images.

The purported renders reveal that the speaker grille, the slot for Samsung's S-Pen, the Type-C port, and the microphone will be located at the bottom edge of the Note 10. The SIM tray will be on the top and there might be an IR blaster along with it.

The power button and the volume rocker lie along the left edge while the right edge is plain. Notably, the Bixby button has been removed from the smartphone (for good). @OnLeaks stresses that the smartphone will have a very slim metal frame with some thickening around the buttons, just like in the case of the Galaxy S10 5G edition.

Of course, how accurate these renders are is up for debate, although in the past @OnLeaks has been pretty reliable with his/her renders, so there is a chance that this might be the real deal. Either way, it's probably best to take it with a grain of salt for now, but hopefully we'll have more information in the coming months leading up to its announcement.