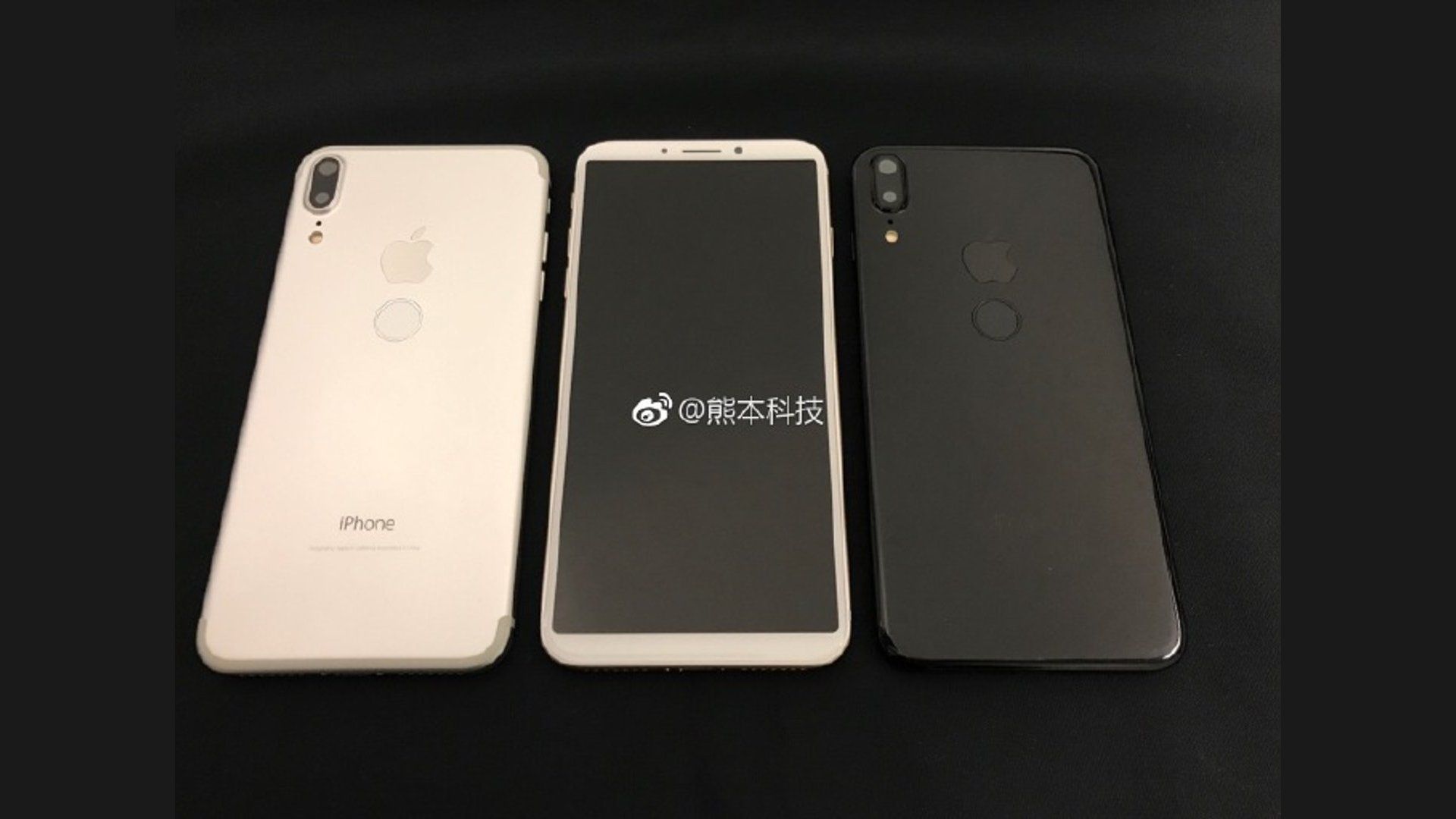 The iPhone 8 is rumored to launch later this year, and there is plenty of speculation regarding where Touch ID will be placed. Now, a series brand new iPhone 8 renders that appeared on Chinese social network Weibo on Wednesday give us our first look at how the next-generation handset could look in different colors. The images show a near bezel-less display and a dual-lens rear camera mounted vertically.

The images posted to Weibo show a device with a button-less front panel, and you can see a rear-mounted Touch ID sensor placed just below the Apple logo. The location of the biometric sensor has definitely been a topic of conversation as some rumors have pointed to the rear placement while others have indicated that it will be embedded in the 5.8-inch OLED front display.

The images do seem to show the iPhone 8 without a glass back, which would contradict the vast majority of rumors surrounding Apple's next flagship phone. Earlier rumors claimed that the iPhone 8 will have a glass back for the sake of wireless charging, and embed Touch ID in its 5.8-inch OLED display. As pointed out by 9to5Mac, the black variant, while shiny in its own right, appears to be a Jet Black color variant, rather than glass. The silver and gold variants do not share the same reflective surface. The images also include a white model in addition to silver, gold, and matte/jet black colors. Apple has not sold a "true" white iPhone since 2011's iPhone 4s.

The front display also does not appear to offer the expanded camera setup expected to ship on the iPhone 8 later this year, although these could be indicators of the design at an early stage. Back in April, schematics leaked claiming to show one version of the iPhone 8 design with a similar look as these units.

It is worth noting that these images do line up with alleged schematics for the iPhone 8 that surfaced back in April. Of course, that does not really mean anything until Apple officially announces the iPhone 8, but as the rumors pile up, it is worth at least being aware of.

Meanwhile, a rendered image noticed on Weibo by MobileXpose appears to share many of the same traits, but without rear Touch ID. The image shows the iPhone 8 in in four colors including black, silver, white, and gold. This image may simply be fan-made renders based on rumored specs. 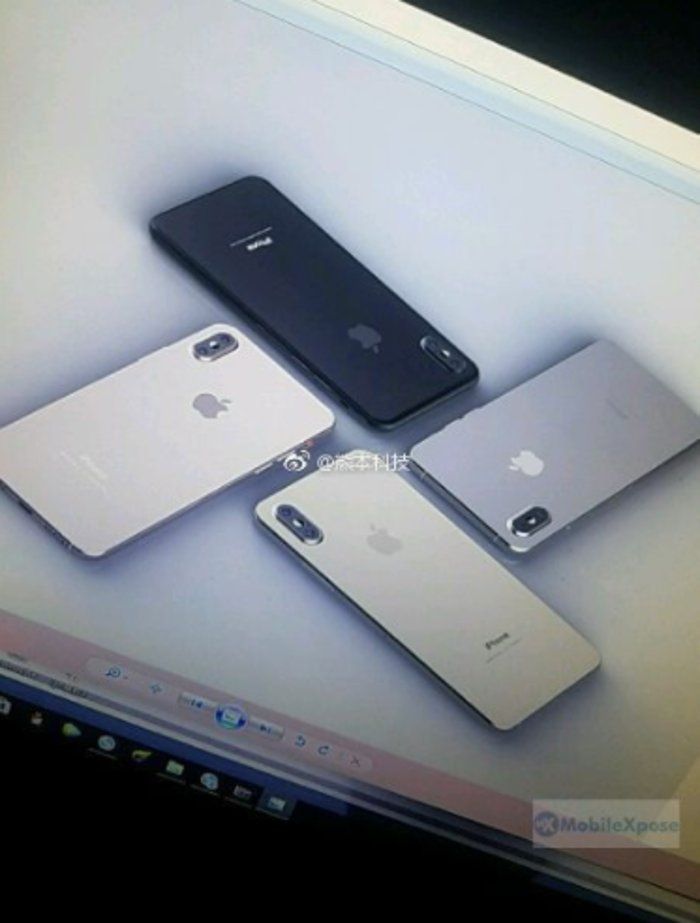 Interestingly, none of the images depict the new iPhone in rose gold, which might imply that Apple is planning to discontinue the color, that is if we assume one or more of the images is authentic.

The "iPhone 8" should ship later this year, but mass production may have to wait until October or November, putting a crush on initial shipments. In the meantime Apple should have two "iPhone 7s" models using 4.7- and 5.5-inch LCDs, blending some features of the "8" into an upgraded iPhone 7.