Improve Your Skill In Counter Strike 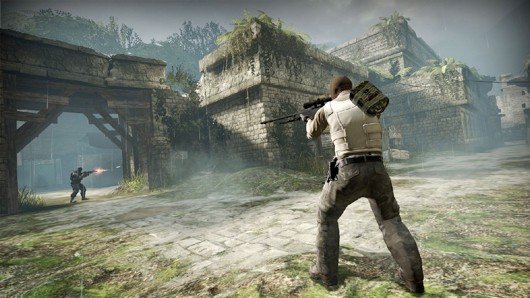 Counter Strike is a single person shooting game, follow the simple steps below; it will give you good strategies for practicing in Counter Strike

Close memory and bandwidth consuming applications. This includes programs like MSN, AIM and Limewire. If you experience lag, then try contacting your ISP or try fixing it in some way. If you lag in Counter-Strike, it can greatly alter how well you play.

Have your volume up. Sound is the most important factor in CS. By listening to footsteps, you can know when to start walking silently (default - shift) or to crouch and hide in a dark area. Pay attention to the type of footstep sound: there are different sounds for gravel, wood, cement, and steel.

Join a league! There are leagues for all different skill levels. Most of the really competitive teams play in CAL or CEVO. Most games are played in a 5 on 5 format on select bomb defuse maps. There are other, less competitive leagues, but most serious players don't lend them any respect.

Practice as much as you can. Scrim a few times per week if possible. It will make you better at strats and prepare you for live games.

Talk only when you're dead. If you try to talk while you're alive, you're wasting time unless you're using voice communication. Also, most people ignore radio commands, so don't expect your teammates to come when you hit "c3." Use radio commands only when it is warranted.

Keep moving at all times. When you are turning corners, jump and duck just in case anyone planned on you popping out. This strategy can work well against snipers, but in an enclosed space, it is always best to move quickly and always make sure to aim at head level unless you know the opponent is crouched.

Avoid crouching. Contrary to popular belief, crouching is a bad way to improve your aim as it slows you from moving quickly and does absolutely nothing to sniper fire. However, if you are able to crouch under something, such as a train, then this will provide extra cover.

Make sure to follow your teammates and stick together. Taking on a group of players by yourself can mean certain death except for the best of CS players. Try to make sure that your teammates aren't trying to use grenades before you go around a corner because you might be asking for a flash in the face!

If you're sniping, do not move when you fire your shot. If you're moving, you will miss and have to wait until you can fire because your next shot can be deadly.

Learn about how long it takes for you to get from your spawn to specific places. For example, if you know how long it takes for a CT to get into lower B tunnels, then all you have to do is listen. Or, if you hear some footsteps, you can take appropriate measures to ensure that you don't die helplessly.

How To Use A Weapon

Know which weapons to use in which maps .If the map is open and wide spaced, sniper rifles would be a good option. If you are using magnum in close quarters and alleys, you are most likely to be killed by a opponent who has M4.

Try disabling the dynamic crosshair. Most upper level players disable it because it makes aiming a lot easier with rifles and the deagle.

Always buy a flash-bang and a HE-grenade if you can afford it. Do this after buying your weapons/armor. If somebody is camping you can flash him out or grenade him out.

Know where and when to throw a flashbang. If you throw it straight in front of you, it will blind you as well. Always throw flashbangs on corners or, after throwing it, hide behind a wall or obstacle and make sure it doesn't come in your view.

Learn what walls and boxes can be shot through. Pinpointing an enemy with sound is very helpful, but there still remains the problem of having to remove that threat. There are options like flashes, grenades, and peeking the player in a one on one situation, but overall your best bet is to take the opponent out without risking yourself or wasting a flash or grenade that you may need later.