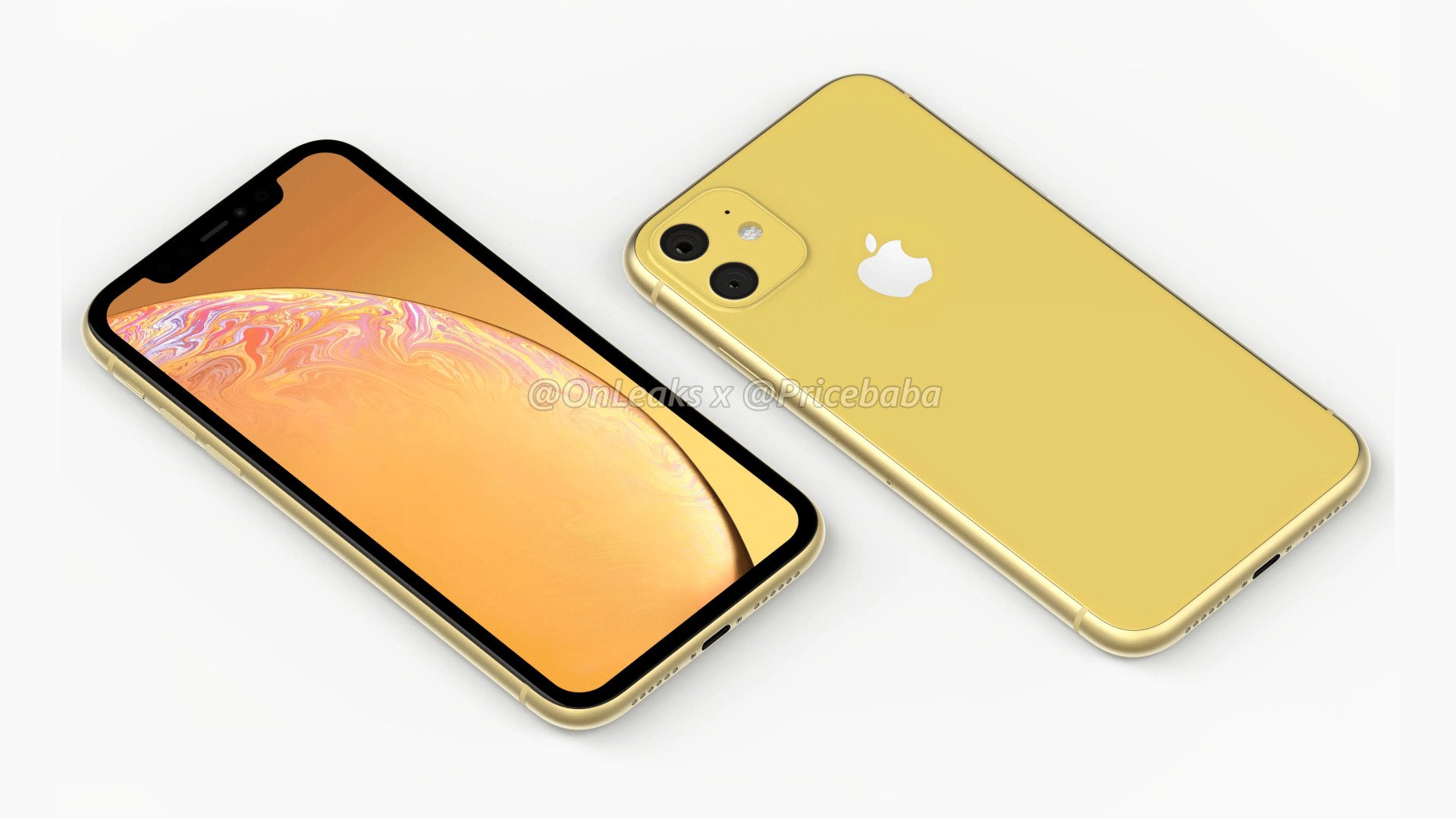 A recent leak, courtesy of @Onleaks and Pricebaba, we got a series of high-quality renders and 360-degree video of the next-generation Apple iPhone XR expected to launch this coming September. The renders are based on rumors and alleged leaks regarding the device's outward design. The renders show a design that is a 50:50 mix of old and new.

While the rendered images share the design language of last year iPhone XR, it has dual cameras at the back that is covered by a single glass panel. The dual-lens cameras are arranged vertically with the LED flash on the right and housed in a large square bump, similar to the upcoming flagship iPhone 11.

This seemingly small change is going to be one of the highlights of the 2019 iPhone lineup from Apple. The company usually has one piece of glass for the rear panel and there is a cutout for the camera which is protected by a sapphire glass. For the 2019 iPhones, Apple is going to use a single rear glass panel which will also incorporate the dual camera setup on the iPhone XR and the triple cameras on the 2019 iPhone 11.

The front half is unchanged from its predecessor and the iPhone XR 2019 will have the same screen size of 6.1-inch, and the same overall dimensions, save for the thickness. The new model is thinner and measures 7.8mm for most of the body and 8.5mm at the thickest point (the camera square). For comparison, the current iPhone XR is 8.3mm (not counting the small protruding camera).

The cameras details are unknown, but it is likely that Apple will reuse the current iPhone XS dual camera. Therefore, we can expect a regular and a tele-camera, each with a 12MP sensor. On the front, the notch (and Face ID hardware) appear to be unchanged.

While some rumors suggest Apple may go with an all OLED lineup, doing away with the LCD displays of the iPhone XR, other rumors believe Apple will stick with its Liquid Retina LCD display because of the high price of OLED displays.

As usual, there are unsubstantiated rumors that Apple will switch the iPhones to USB-C, but that is not what the renders show (that said, renders are not entirely reliable when it comes to telling ports apart). Using USB-C would allow people to use the new 18W chargers, though we doubt they will be bundled with the iPhones (especially the XR).

It is important to note these are only rendered images, and it is unclear what exactly they are based on. Previous renders of Apple's next-generation handsets have been based on leaked CAD files, but that does not appear to be the case here.

With that being the case, the final design of the next iPhone XR could be very different. However, it seems unlikely Apple will change its hardware drastically, so these mockups are probably a pretty accurate representation.

Apple is expected to unveil its new 2019 iPhone lineup in September, likely launching the phones in the weeks following the announcements.