How To Use S Pen On Samsung Galaxy Note 4 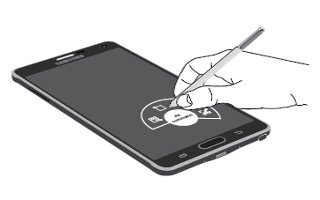 How To Use S Pen On Samsung Galaxy Note 4

Learn how to use S pen on your Samsung Galaxy Note 4. The S Pen is a stylus that assists you in performing different functions. 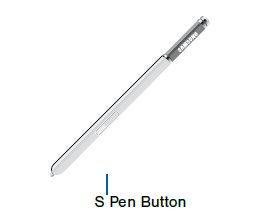 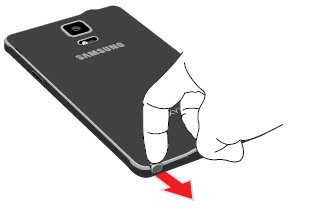 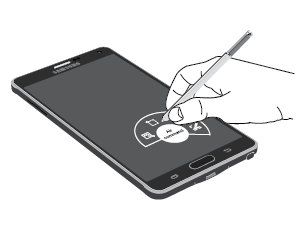 Launch a Quick Note and link it to actions. Action Memos are saved in the S Note app.

An Action Memo is a Quick Note that is linked to actions.

To open a Quick Note:

Note: Action Memos are saved in the S Note app.

Draw around an area of the screen to collect it in the Scrapbook app.

The Smart select feature provides a capture tool to select content on a screen. You can then add it to your Scrapbook app or share it with your contacts.

To launch the Smart select tool:

When your tap Collect icon, the captured content is stored on top of the Home screen as a thumbnail. The following options are available:

Outline and clip images from the screen, in any shape, to share or paste. You can edit the clipped content, or personalize it with your own handwriting.

To use Image clip:

Capture screenshots and write or draw on them.

Screen write allows you to capture a screen shot and then write notes on the screen shot. To use Screen Write:

Hover the S Pen over the screen to preview content, or view information about an item on the screen. For example:

Note: The preview function is only available when the S Pens onscreen pointer is a solid color.

When filling out a form field in an app (like Name or Number in Contacts), you can open a Handwriting window to allow you to write an entry with the S Pen rather than type.

For information on configuring S Pen settings, including options for sounds and for tracking S Pen when it is not stored in your device,