How To Use Photo Stream On iPad Mini

How To Use Photo Stream On iPad Mini

With Photo Stream, a feature of iCloud, photos you take on iPad automatically appear on your other devices set up with Photo Stream, including your Mac or PC. Photo Stream also lets you share select photos with friends and family, directly to their devices or on the web.

When Photo Stream is turned on, photos you take on iPad (as well as any other photos added to your Camera Roll) are uploaded to your photo stream after you leave the Camera app and iPad is connected to the Internet via Wi-Fi. These photos appear in the My Photo Stream album on iPad and on your other devices set up with Photo Stream.

Note: Although deleted photos are removed from photo streams on your devices, the original photos remain in the Camera Roll album on the device they originated from. Photos saved to a device or computer from a photo stream are also not deleted. To delete photos from Photo Stream, you need iOS 5.1 or later on iPad and your other iOS devices. 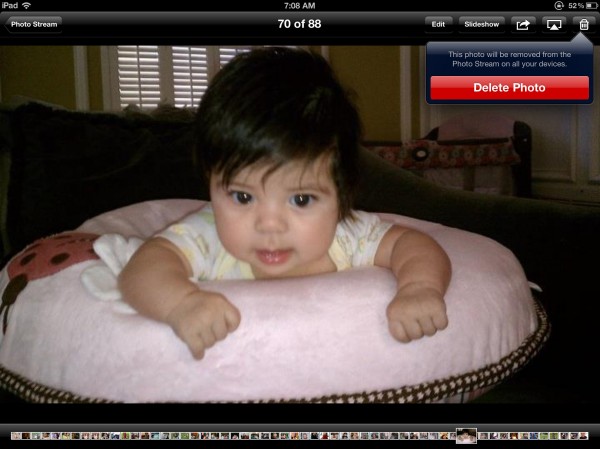 Note: This article will work on all iPads using iOS 6; including iPad Mini, iPad 2, The New iPad (iPad 3), iPad 4 (iPad with Retina display).