How To Use My Photo Stream App - iPad Mini 2 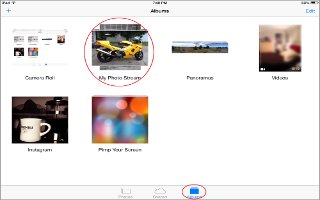 How To Use My Photo Stream App - iPad Mini 2

Note: Photos uploaded to My Photos Stream dont count against your iCloud storage.

In your My Photo Stream album, tap Select.

Note: Although deleted photos are removed from My Photos Stream on all your devices, the original photos remain in the Camera Roll on the device where they were originally taken. Photos that you save to another album on a device or computer are also not deleted. To delete photos from My Photo Stream, you need iOS 5.1 or later on iPad and on your other iOS devices. See "My Photo Stream."