GSM kicking off CDMA in the polls

GSM kicking off CDMA in the polls

India is now a home of millions of cellular phone subscribers, is the fastest growing cellular user-base. In the country, most are using the GSM techology in their phones. In the country two major cellular technologies are GSM and CDMA.

Now in the nation, Mobile Number Poratability is also been kicked-off sucessfully. So it is the good time for the people to ask about the two technologies GSM and CDMA. The answer was the expected one. GSM got 85% of the votes from the people, and only 15% to the CDMA. 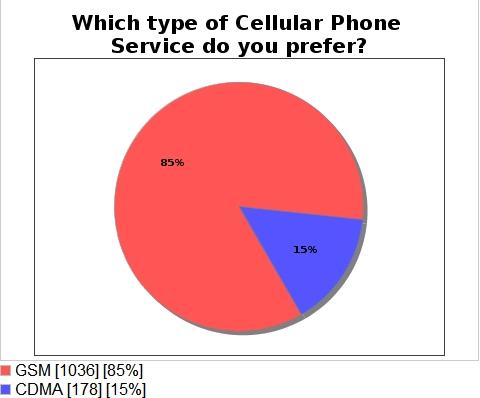 The people spoke about good clarity offered by CDMA. The internet spped offered and the 3G connections making the GSM to run ahead alot and at the same variants of 3G EV-DO provided by the CDMA for a long time. Changing phones on a CDMA service is not flexible as the GSM. Where in GSM you can simply swap out the sim cards from old one to the new. But only after a late time, CDMA phones are seen with the SIM cards.

The variety of phones available for the GSM technology in the market is making it happen, thats what we say finally.