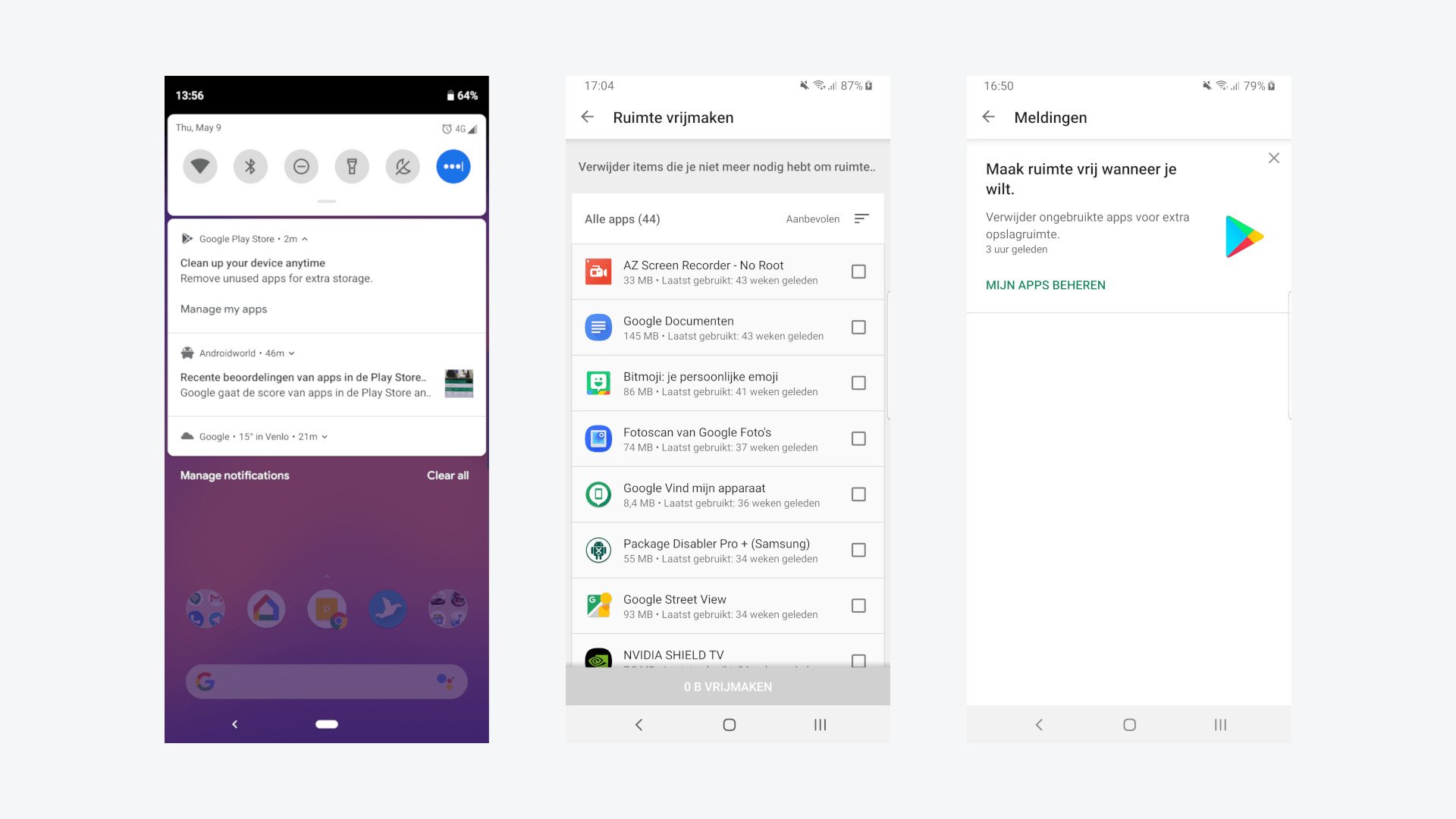 Google Play Store gets a new feature that suggests users with a list of unused old apps to uninstall from their Android devices to free up some space. This new feature can be very useful, as downloading and installing apps to Android smartphones is easy, so it is understandable if people accumulate apps that they do not regularly use.

This new feature was first spotted by Netherlands-based Android World when a new notification started appearing in the notification tray to tell people that they can "remove unused apps for extra storage". Tapping on the alert will bring up a list of apps that have not been opened in a while.

Each app on the list comes with a description, as well as information on when it was last launched. From there, the apps that are fine to be uninstalled may be selected, with the Google Play Store then summarizing the space that was freed up in the process.

The feature will help in removing the clutter in Android devices, but it remains unclear if it has started rolling out worldwide. It is also unknown how long an app must go unused before it appears in the list of suggestions.

According to one user's screenshot, we can see that the Play Store will show you what you have not used in a while, and it looks like you will also be able to delete those apps right from that menu. The notification only appears, when you are running out space or when you are trying to install an app with not enough free space for installation.

The new feature goes hand in hand with the Google I/O 2019 announcement that there will be a new app and game review calibration for the Google Play Store by August. In the updated approach, app reviews will be designed to highlight the more recent and relevant ones, with Google Play Store ratings to be recalculated to give more weight to the most recent ratings.

The notification is far from universal, but that is par for Play Store features and you might never see it if you keep your phone light on apps. There is no word as to when this new feature will roll out to everyone, but it looks like it will start sometime soon.