Google Photos Latest Feature Will Show Photos & Videos From Past 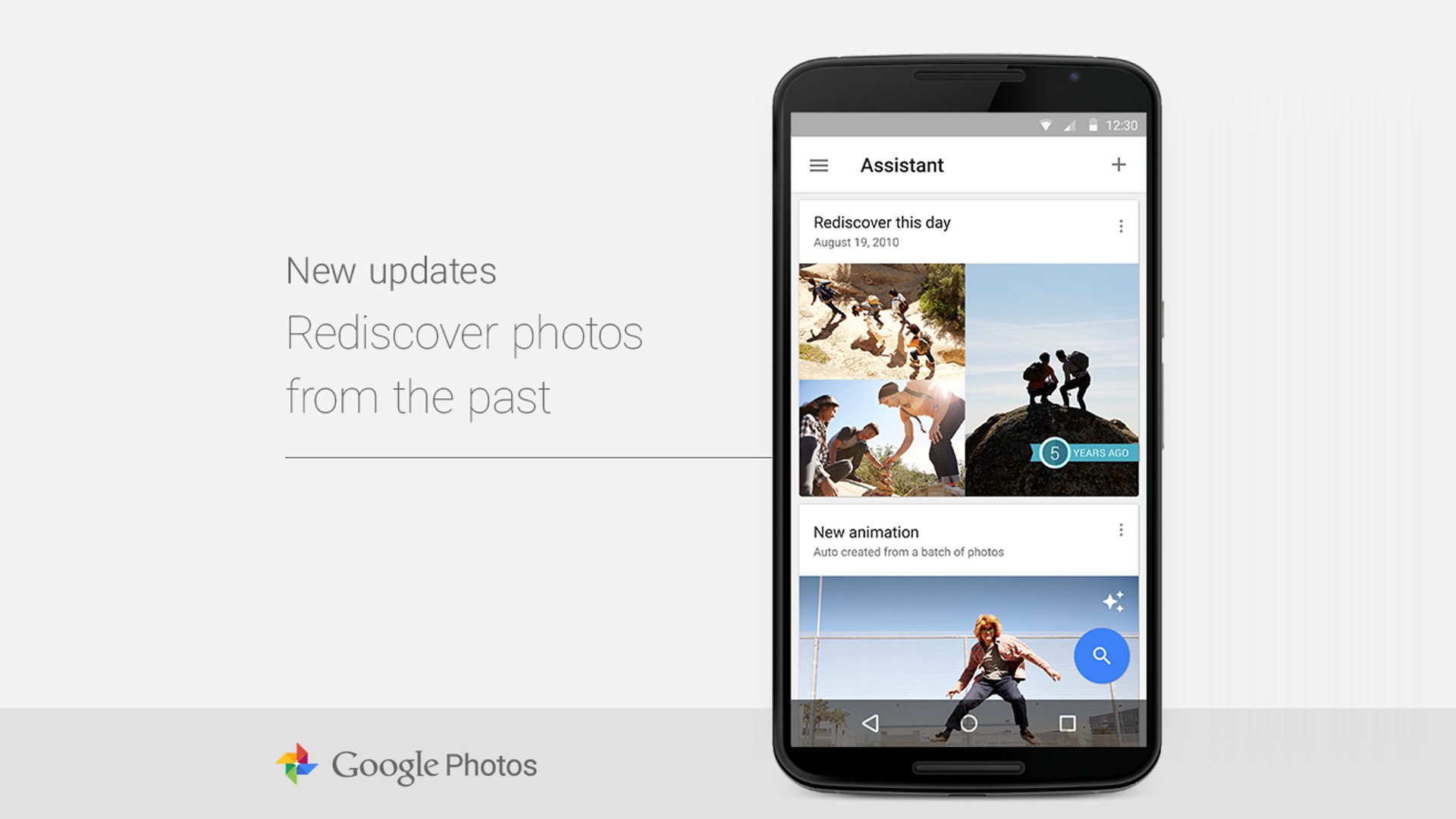 This week, Google announced via Google+ that they are rolling out a new feature for Google Photos that should help you relive awesome moments from the past.

Google Photos is one of the best photo storage options around. It is free, you can store as many gigabytes or terabytes of your memories as you want, and it has an incredibly smart built-in search engine. Now a new feature coming to Google Photos can show you pictures that were taken on that date in past years so you can take a brief walk down memory lane.

The Google Photos app will now serve up cards in the "assistant view" that urge you to "rediscover this day," and they can include photos, photo collages, or videos. The cards will tell you where you were and whom you were with on that day, and the app also sticks a little graphic over everything that tells you which year it was from similar to Timehop. Google also allows you to share these cards with your friends and families too.

By opting in, you'll get cards in the Assistant view reminding you of photos from events in your past, including a collage featuring people and places from that day. Share with whoever you want, however you want, whether that's via email, a social network, or by showing the person next to you. Or savor the moment for yourself; it's completely private until you decide to share.

As Google notes, this is an opt-in feature, which is good for those who worries about their privacy. Google says that this is currently rolling out to Google Photos on Android, so it may not show for you right away, but you can check for an update on Google Play now.