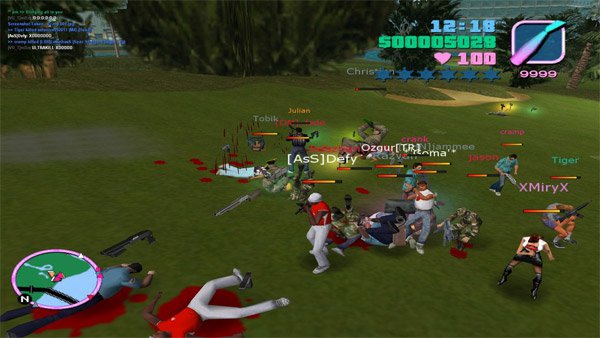 Creating a server in Vice City: Multiplayer is fun and easy, becoming a server admin also requires that you watch and maintain your server, follow the simple steps below

Forward Your Ports. The server will probably not be visible to anyone outside your local network if you do not port forward.

Extract the server to a folder of your choice.

Edit the server configuration. Open server.cfg with Notepad or your favorite editor, and edit the settings as you please.

Open the server executable. Run vcmp-svr.exe. If done properly, you should be able to test your server at 127.0.0.1

Download a gamemode of your choice. Gamemodes are available from the VC:MP Showroom

Change the server configuration. Open server.cfg and change the gamemode line so it is the filename of the mode without the ending .amx extension.

Restart the server. If the gamemode works properly, the server should run and your new mode should be loaded.

The VC:MP forum can offer further help and support if something does not work.

There are other unofficial languages that VC:MP supports, like Squirrel, as well as an official mIRC release. However, it is reocommended that you use Pawn as a starting place.

The server will not be visible to anyone outside of your network if you do not port forward and do not create a firewall exception.

An unprotected script, like the default gamemode, will allow a player to spawn a minigun.

Make sure to change your RCON password. Even though the default password is none, the password will literally be none, allowing anyone to become an admin.