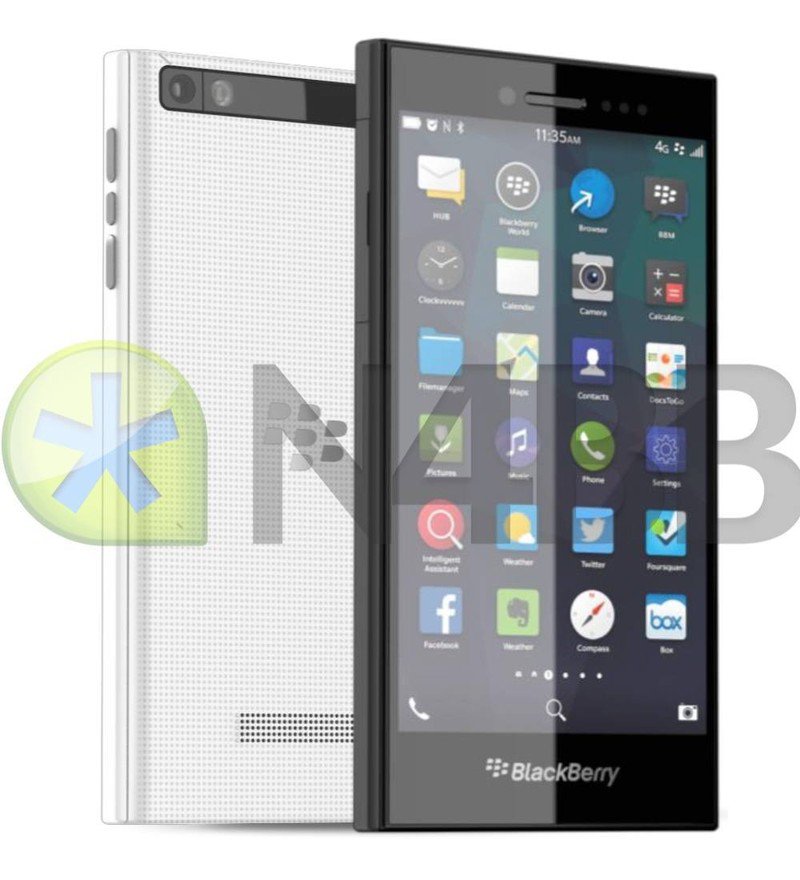 The folks at BlackBerry seem to be brewing a midranger without physical keys, dubbed "BlackBerry Rio". According to pictures, which allegedly portray the new smartphone, it looks a bit like the company's entry-level Z3 handset, though, rumors claim it has received a spec buff, launching it in mid-range territory.

Reportedly, BlackBerry says the Rio (a.k.a Z20) is aimed at "Power Pros who want to be considered by others as being current with technology, yet cost is a major consideration in their purchase decision." - a pitch that reminds us of Microsoft's "Affordable flagship" motto for the Lumia 830, but extended into a bulkier sentence - let's hope that's not their official tagline for the phone.

The choice of CPU has us a bit baffled and we'd say a piece of info was probably skewed, while traveling down the rumor pipe, as this doesn't sound like a handset that's going to have its feet firmly planted in the 2015 midrange arena, especially now that phones are making the switch to 64-bit, quad- or octa-core processors en masse. Of course, BlackBerry runs its own proprietary software, which may or may not be optimized accordingly, so between that and the unconfirmed hardware information.