Beat A Gungame In Counter Strike 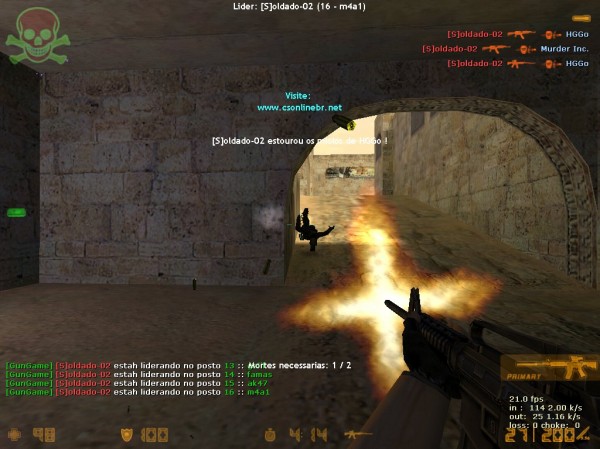 Reading this article will make ways to improve your skill in the Gungame game type. Follow the simple steps below

Know that if you're behind an enemy, and he does not detect you, and there are no enemies close to him try to knife him, before he get to a viewpoint where his ally can see and shoot you down.

If you're running low on ammo, duck behind cover to reload.

Steal kills. Yes it's really lame but only one person wins so in a way it's a free for all.

Strafe and crouch-shot when they're needed

Practice with all of the guns. This can be done easily in deathmatch servers.

Don't get too greedy. Don't rush towards a horde of enemies in hopes that you will get them all, be realistic, and pick off targets from a distance.

Burst when medium to long range, and only spray when your enemy is extremely close to you.