AT&T enables call validation to help you fight against robocalls

The display will alert the recipient if an incoming call seems to be coming from a spoofed number or one that is not valid. Alternatively, a green check-mark will be displayed if AT&T has determined the incoming call to be originating from a valid source.

It does not seem that this is for everyone, though, at least not straightaway. AT&T's announcement notes that most of its customers with a Samsung Galaxy S10, Galaxy S10+ or LG V40 ThinQ will see this new special display.

The war against robocalls has heated up when FCC ruled this year that US phone carriers could block robocalls by default, as well as allow users to automatically block unknown phone numbers from ever reaching their devices. This prompted more than ten US service providers to offer free call blocking features to all of their customers. AT&T's call validation display is part of the ongoing effort by the company to fight robocalls.

Each carrier pretty much has its own anti-spoofing system to combat fraudulent calls but almost all of those only work between numbers from the same network. The STIR and SHAKEN protocols were developed precisely to cover calls across networks, even those coming from outside the US. Adoption and implementation are not instant but AT&T wants to show that it is at least going somewhere.

Most importantly, AT&T warns subscribers that it will not completely protect them against robocalls. All that these systems can do is to ensure that the number on display truly comes from the caller, not a spoofed number. That does not mean, however, that the caller is completely trustworthy.

If you are an AT&T customer that uses any of the launch devices listed above, call validation display will be rolling out to you starting this week. It is supposed to land via an AT&T Call Protect app update, which you will be able to grab from the Play Store once it is available. 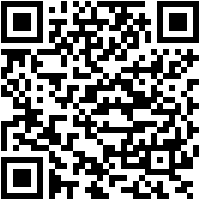