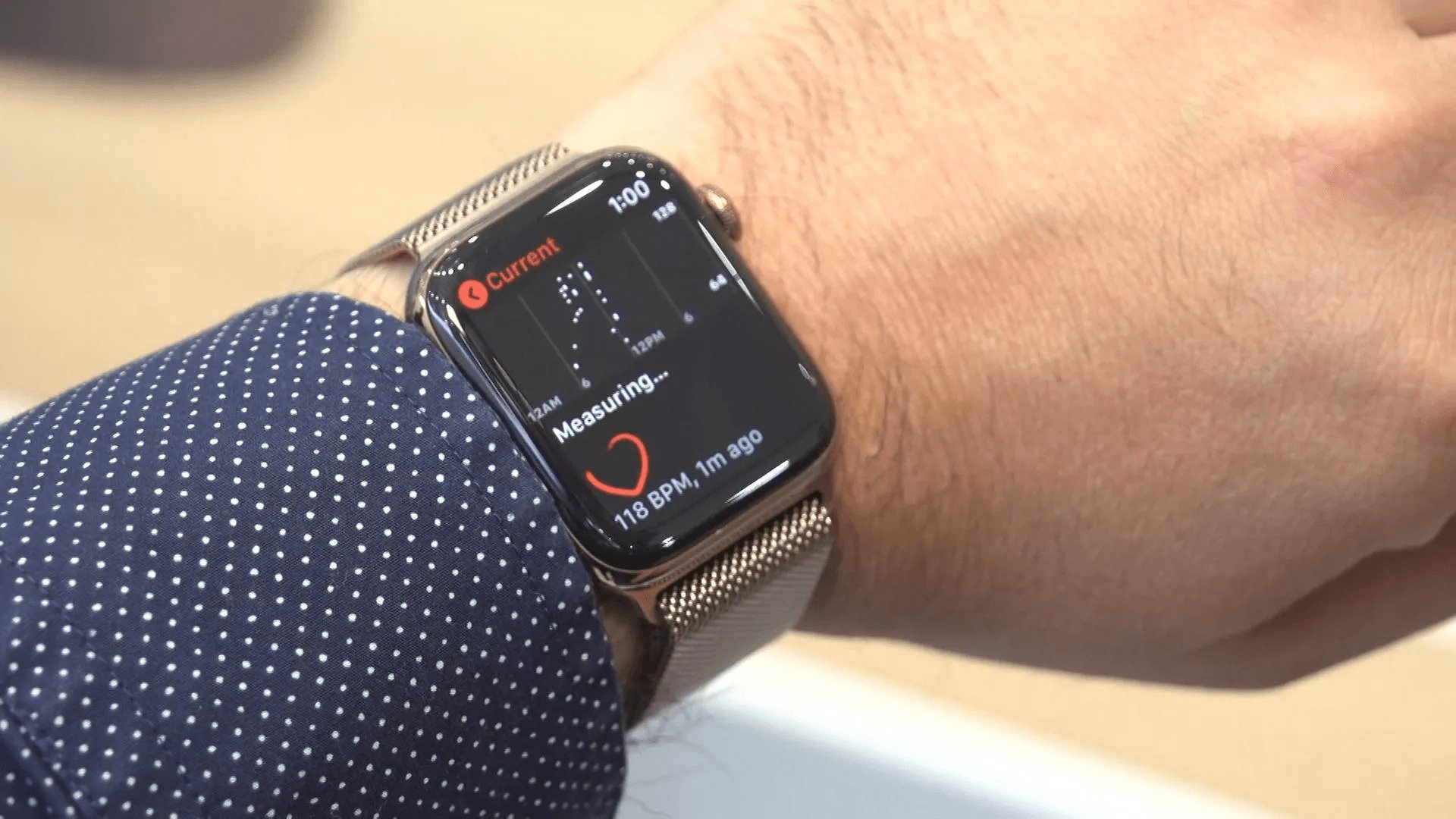 Today at Apple's highly-anticipated iPhone reveal event, the company unveiled its Apple Watch Series 4 with a larger display and major design overhaul, since its debut more than three years ago.

Apple Watch Series 4 is the first actual redesign of the watch since its debut, and while it is not a massive overhaul in terms of looks, it is still a significant upgrade over its predecessors.

The Watch's screen now goes nearly edge to edge, thanks to a larger display with rounded edges. There are now two new sizes, 40mm and 44mm, and the larger display, which means more screen real estate on your wrist. The new screens are 32% and 35% larger than the previous versions, which lets watchOS 5 to show more information on the screen and gives additional breathing room for apps.

While Apple increased the display size, it also decreased its thickness. Yes, with the increase in screen size the Watch has actually gotten slimmer. The Series 4 is thinner than the previous versions. There is no denying that the Apple Watch has always been a bit thick, so if that was something that turned you off about the Watch up until now, you might have a reason to reconsider.

Apple is also overhauling the hardware inside its Apple Watch, including a new built-in EKG scanner, which it uses to warn you of various heart conditions you might not even know you have. Just stick your finger on the digital crown and the watch can deliver a report 30 seconds later. Apple's latest Watch will be the first EKG product offered over the counter directly to consumers, and you simply open an app and put your finger on the digital crown to trigger the EKG. Apple has received clearance from the Food and Drug Administration (FDA) in the US to allow its Watch to be used as a medical device.

Apple is using a new dual-core 64-bit S4 processor, custom designed by the company's silicon team to improve performance. The company claims the Watch performance will be two times better than previous models. Other hardware improvements include an updated accelerometer and gyroscope. On the backside, new black ceramic surrounds the sensor, which Apple says helps the watch retain a stronger wireless connection.

The digital crown has been overhauled so it now includes haptic feedback, and the LTE red dot indicator is now a ring. Apple has also improved the speaker on the Apple Watch Series 4 so it is now louder thanks to a redesign. The rear of the watch is now black ceramic with sapphire crystal.

Apple has also updated every part of the watchOS UI so it is redesigned to take advantage of the bigger display and show more information in apps like photos, maps, and calendar. There is even a new watch face with eight complications, and other faces that interact with the display. On the battery life front, Apple claims that the new models have the same battery life as previous models.

Apple says that all existing bands will work on the Apple Watch Series 4. The watches will come in both aluminum and stainless steel. The aluminum models will be offered in silver, space gray, and gold, while the stainless steel variants come in polished, gold, and space gray.