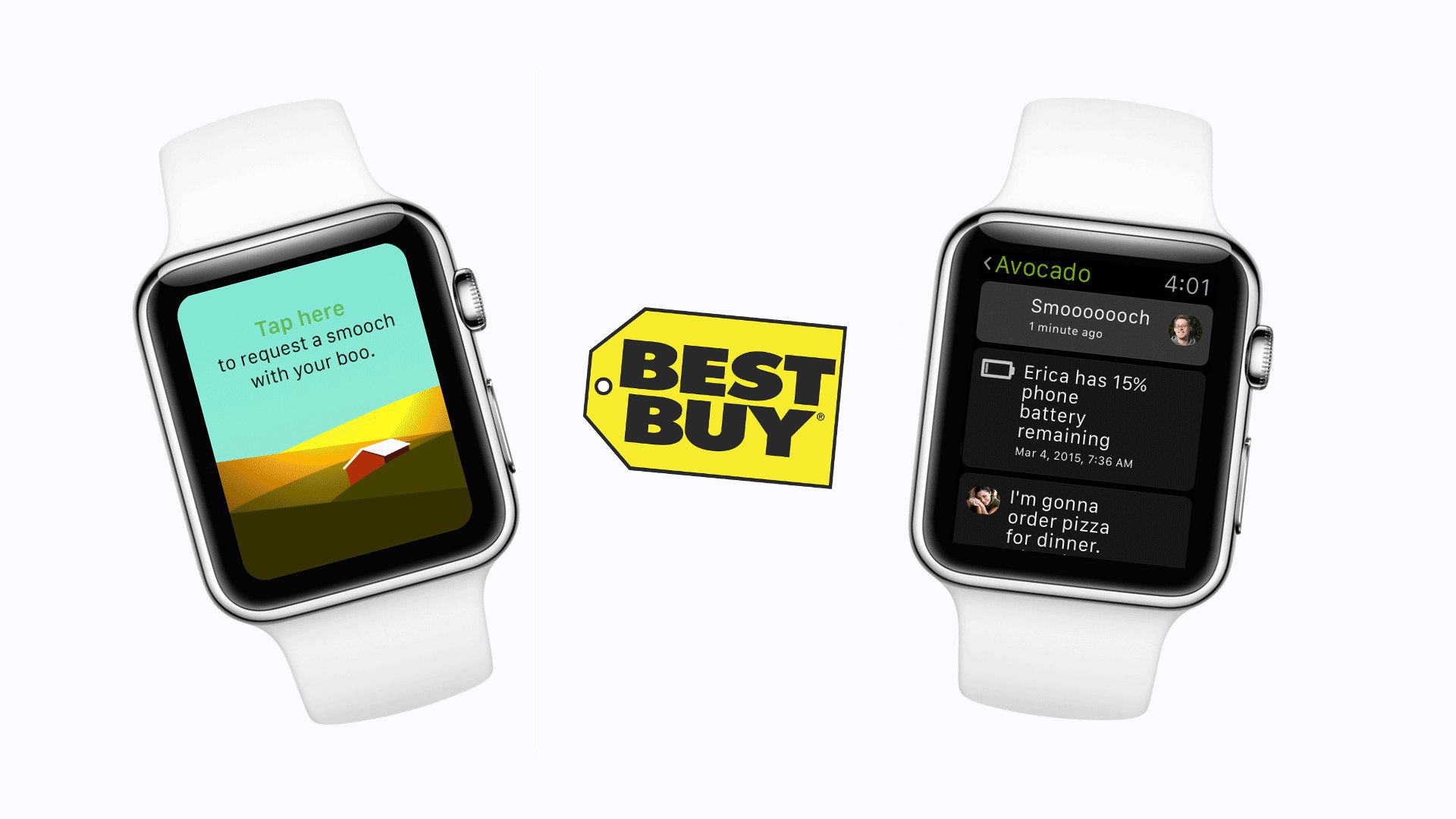 Earlier this week, Best Buy revealed that Apple Watch would launch in more than 100 of Best Buy's United States retail stores and now it looks like Apple Watch will be available in Best Buy Canada retail stores, as well as online.

We know our customers want Apple Watch. It has become one of the most popular searched products on BestBuy.ca. We're excited to bring the highly-coveted Apple Watch to more Canadian consumers, especially with the holidays coming up.

Customers love Apple Watch, and we are thrilled to begin offering it at Best Buy locations across Canada starting August 14. More than 50 Best Buy stores will carry Apple Watch and Apple Watch Sport models in time for the holiday shopping season.

Best Buy announced on Sunday that it will start stocking Apple Watch at U.S. outlets on Aug. 7, making it the first major retailer to carry the device outside of Apple's own stores, pop-up shops and a handful of high-end boutiques. Initial availability is expected to be limited, but Best Buy plans to expand Apple Watch sales to more than 300 locations before the lucrative holiday shopping season.

The Apple Watch officially launched in Canada on April 24, 2015. When Watch went up for preorder in April stock was so constrained that prospective buyers saw stock outs within 30 minutes. Now with the announcement from Apple and Best Buy, we can hope that Apple Watch supply is finally catching up with demand.