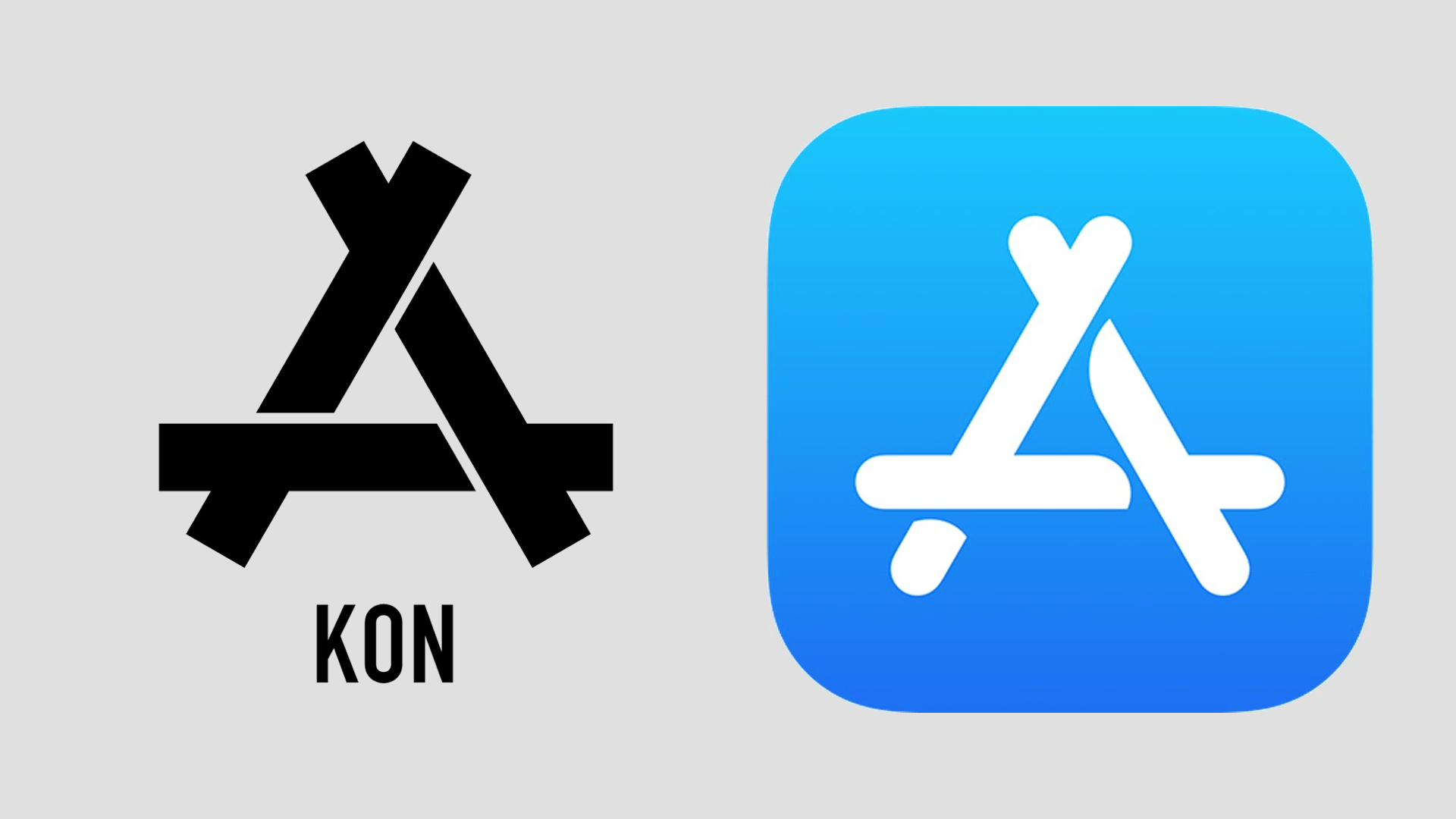 According to a recent report, Chinese clothing brand Kon has recently filed a lawsuit against Apple for copyright infringement as Apple's App Store logo bears a resemblance to its logo.

Apple changed its App Store logo back in August from a paintbrush, pencil, and a ruler, to three sticks with rounded ends that overlap each other to form a triangle. Kon's logo looks similar, but the ends are sharp rectangles.

According to Phone Radar, KON believes Apple's new logo is a violation of Chinese copyright law. KON is a brand that is been around since 2009, and as The Verge discovered, Baidu Baike, the Chinese equivalent of Wikipedia, says the KON brand was inspired by music like the Sex Pistols, with the logo meant to represent three skeleton bones symbolizing power over death.

KON wants Apple to publicly apologize for using its logo, stop selling devices using the current App Store logo, and pay compensation for economic loss. The Beijing People's Court has accepted the case and should make a ruling over the course of the next couple of weeks. However, since Chinese courts do not upload every case seen, the Kon case is not currently listed on the court website. Phone Radar expects that the judgment can come in over the next few weeks.

Apple in 2016 lost a similar case involving the "IPHONE" trademark that was in use by Chinese leather goods manufacturer Xintong Tiandi Technology. In that case, Apple was aiming to protect its iPhone trademark to prevent Xintong Tiandi from using the iPhone name for its cases, but the Chinese courts ruled against Apple. So, it will be interesting to see how this lawsuit plays out.