Apple Says iOS 11 Is Installed On 59% Of Compatible Devices 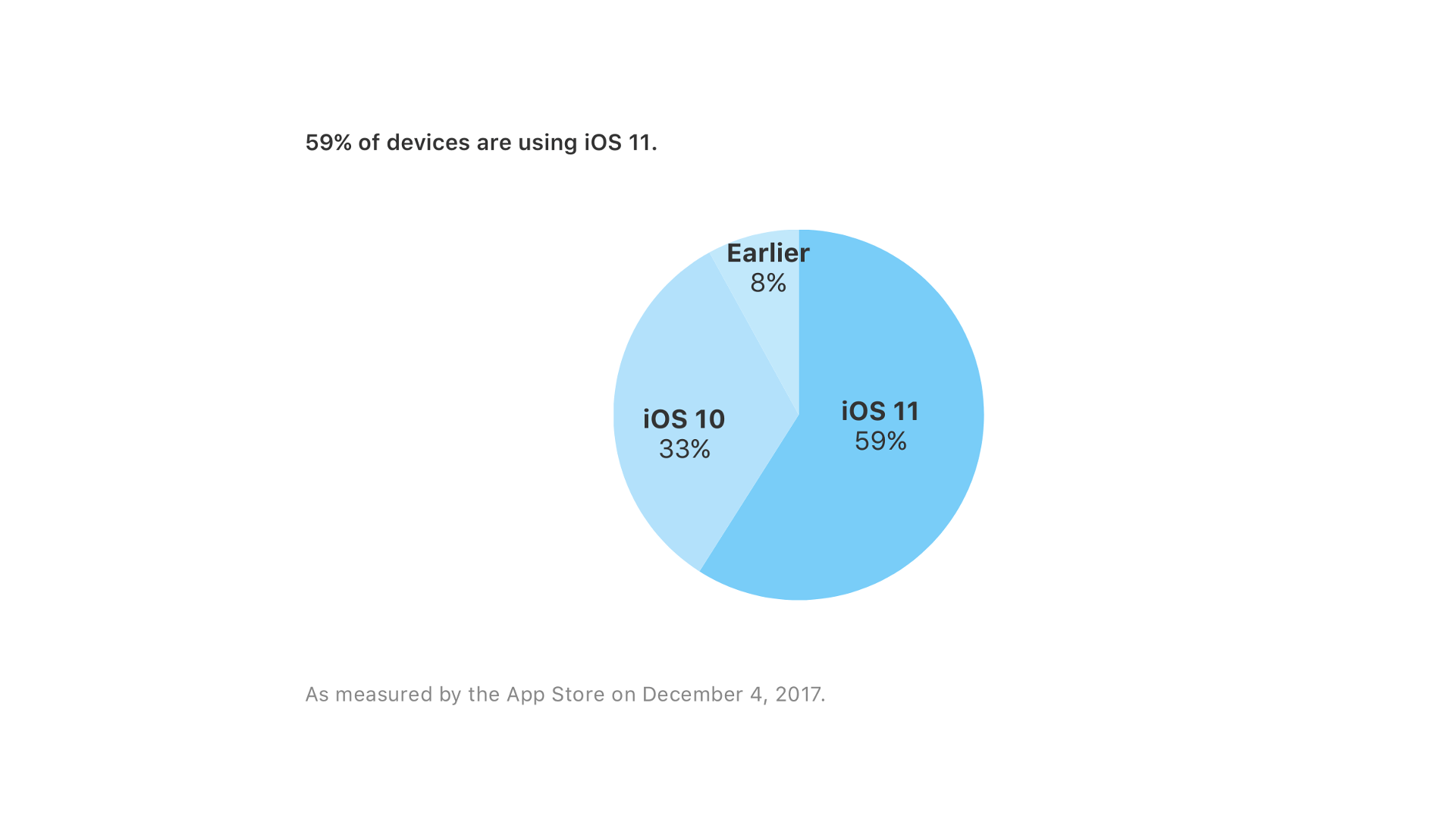 Apple shared a new statistics this week on its App Store support page for developers that detail the adoption rate of iOS 11. According to the adoption statistics, the company's latest mobile operating system has made its way onto 59% of all supported devices since its release some two and a half months ago. That is up from 52 percent on November 6, indicating iOS 11 adoption has grown just 7 percentage points over the course of the last month.

As usual, Apple's statistics were pulled from iOS App Store visits, painting a more accurate picture of iOS adoption as compared to third-party estimates. Of course, this is in large part thanks to iPhone X, which hit store shelves just as Apple was wrapping up it's previous App Store stats. As for older iOS editions, iOS 10 is now on 33% of devices and earlier versions continue to power 8% of active devices in the wild.

Despite the reasonably strong numbers, iOS 11 adoption trails behind that of its predecessor, which was running on 63 percent of supported devices after its first two and a half months of availability. While not a major revision over last year's iOS 10, the new OS contains a slew of under-the-hood feature additions including ARKit, support for the high-efficiency H.265 codec, AirPlay 2, Siri improvements and more.

Over the weekend, Apple released iOS 11.2, the second major update to iOS 11. iOS 11.2 introduced Apple Pay Cash in the United States, but the update was released early to fix a date bug that was causing crashes on December 2. As a result, Apple Pay Cash was not initially available and wasn't provided to customers until yesterday.

With Apple Pay Cash now available, though, customers who have been reluctant to upgrade may install the iOS 11.2 update to access the new feature, so it's possible we'll start seeing improved installation rates in Apple's next App Store support page update.