Apple Pay is finally launched as new mobile payments for the iPhone 6, iPhone 6 Plus, iPad Air 2, and iPad Mini 3 are now running this through a software update from iOS.

How does Apple Pay works?

Apple Pay will let iPhone 6 and iPhone 6 Plus users spend money at participating brick and mortar stores simply by using their phones fingerprint scanner and holding the device up to register. Apple Pay works by sending payment information via short-range radio waves. The message goes from a special chip inside the iPhone 6 and iPhone 6 Plus to the register. It's called NFC, short for Near Field Communication. But NFC is only available in the newest iPhones.

The charge goes straight to your credit or debit card; whatever you've set up with Apple.

Where can I use it?

That figure represents only about 5% of retail locations in the U.S., so it will be a while before you can feel confident leaving those credit cards at home. The system works with credit and debit cards from Visa (V), MasterCard (MA) and American Express (AXP) that have been issued by the following banks: Chase (JPM), Citi (C), Wells Fargo (WFC), Capital One (COF) and Bank of America (BAC). That list will expand to around 500 banks in the months to come.

Yes, it is safer than a credit card.

That's thanks in part to the TouchID system, which relies on your fingerprint rather than a crackable PIN number.

At checkout, Apple Pay sends retailers a one-time-use, unique code -- not your credit card information. The bank verifies the code. Apple and other mobile wallet companies never get any information about your transactions.

Even if hackers steal the codes, they're useless. They won't work twice. It's a major improvement over the static, easy-to-copy information on your current credit card.

Apples smartwatch will be equipped with near-field-communications chips when it arrives next year, potentially expanding the pool of Apple Pay users. 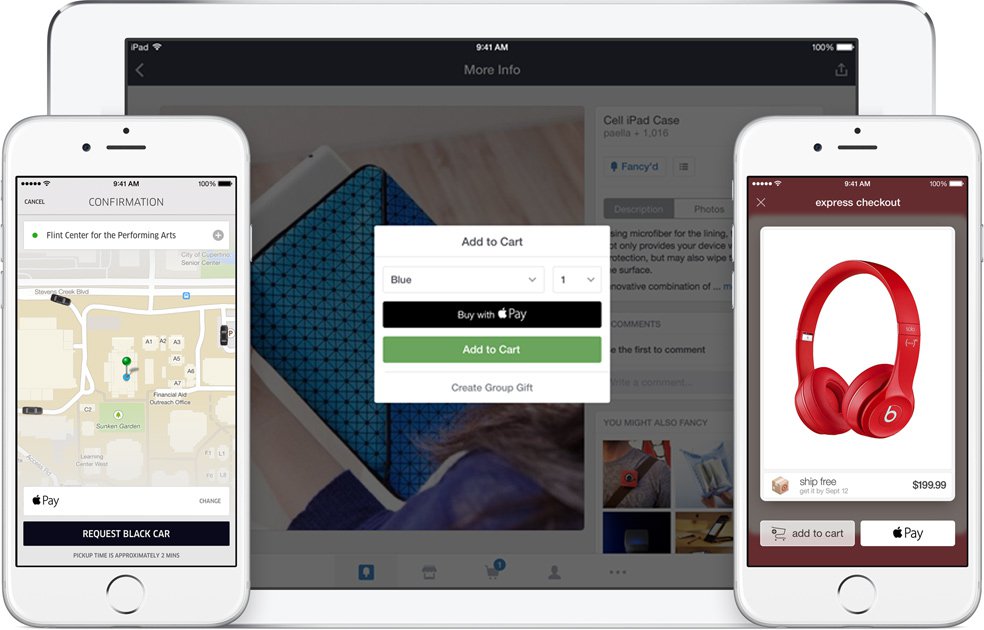 On iPhone 6, iPhone 6 Plus, iPad Air 2, and iPad mini 3, you can also use Apple Pay to pay with a single touch within apps. Checking out is as easy as selecting Apple Pay and placing your finger on Touch ID. Apple watch is yet to release to join these devices.

Some big chains including Best Buy Co and Wal-Mart are backing a retailer-owned mobile-technology group called Merchant Customer Exchange, which will employ software that can be used on both iPhones and Android phones. The service is still in pilot mode and wont roll out nationally until next year.

We believe that Apple Pay will accelerate mobile payment adoption, although it will likely take some time, Morgan Stanley analysts wrote in a report to clients earlier this month.

Apple just announced a massive surge in iPhone sales; Apple Pay will keep the good times rolling. But the new feature has one major drawback; you cant use it at most retailers. About 220,000 American retail stores are compatible with Apple Pay, out of 3.8 million retail establishments in the US. Framingham office supply chain Staples on Monday said itll introduce Apple Pay in a few weeks.