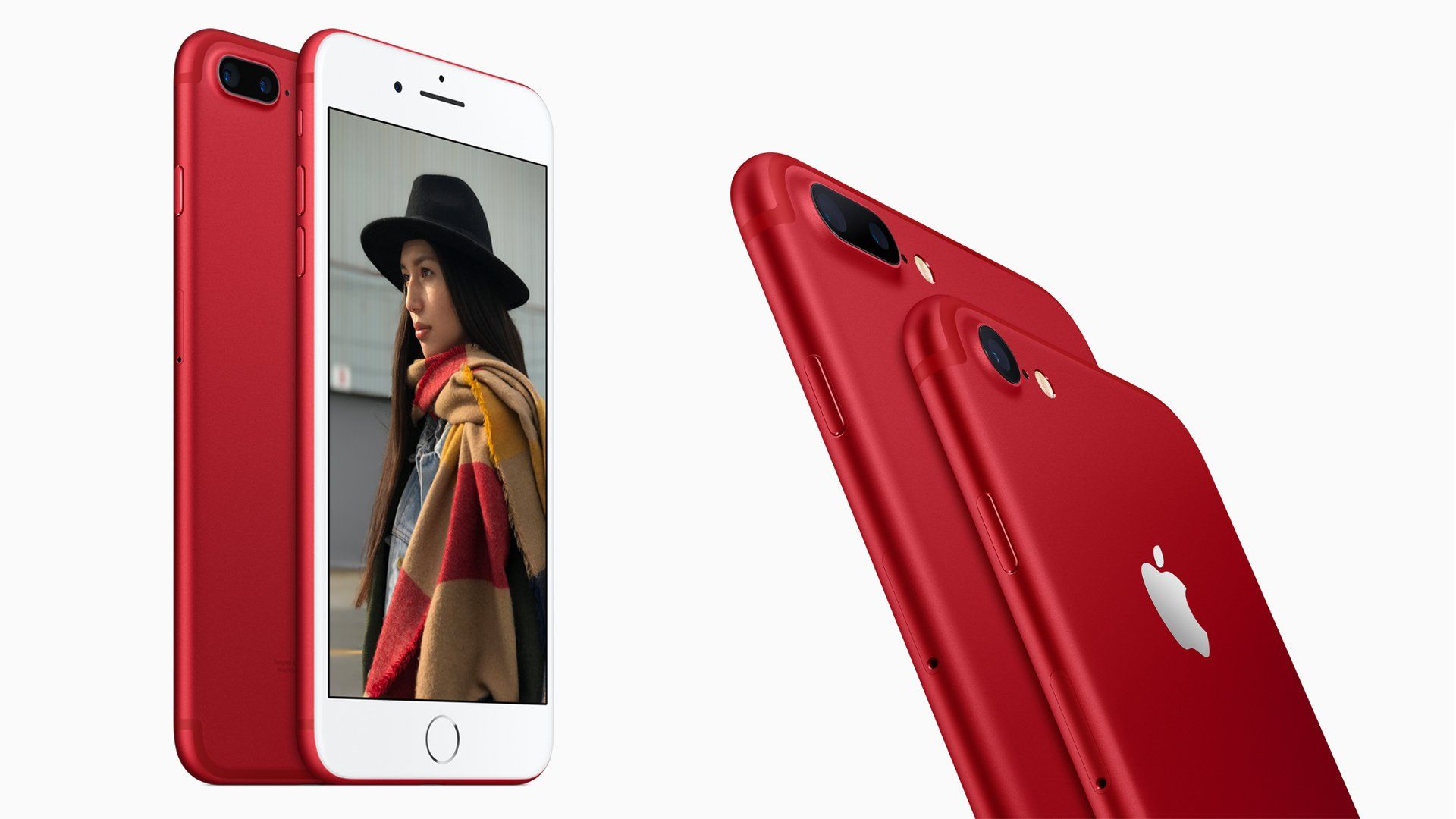 Apple has officially announced that it is launching a special edition (PRODUCT)RED iPhone 7 and iPhone 7 Plus on Friday, March 24. With this announcement, Apple is adding an entirely new color for Apple's iPhone lineup, joining jet black, black, silver, gold, and rose gold.

Apple says the model is in recognition of more than 10 years of partnership between Apple and (RED), which supports HIV/AIDS programs that provide counseling, testing, and medicine that prevent the transmission of HIV from a mother to her unborn child. The company says, with this new model customers get a way to contribute to the Global Fund and "bring the world a step closer to an AIDS-free generation".

Apple made the announcement in a press release, which contained quotes from Tim Cook and offered up more details on the (RED) initiative.

Since we began working with (RED) 10 years ago, our customers have made a significant impact in fighting the spread of AIDS through the purchase of our products, from the original iPod nano (PRODUCT)RED Special Edition all the way to today's lineup of Beats products and accessories for iPhone, iPad and Apple Watch.

The introduction of this special edition iPhone in a gorgeous red finish is our biggest (PRODUCT)RED offering to date in celebration of our partnership with (RED), and we can't wait to get it into customers' hands.

The new (PRODUCT)RED iPhone will be available to order on Apple's website, at Apple Stores, and at select authorized resellers and carriers. Apple says the new model will begin shipping to customers by the end of March in the United States and more than 40 countries and regions around the world.

Apple will also launch the handset in Brazil, Chile, Colombia, India, Turkey and other countries in April.