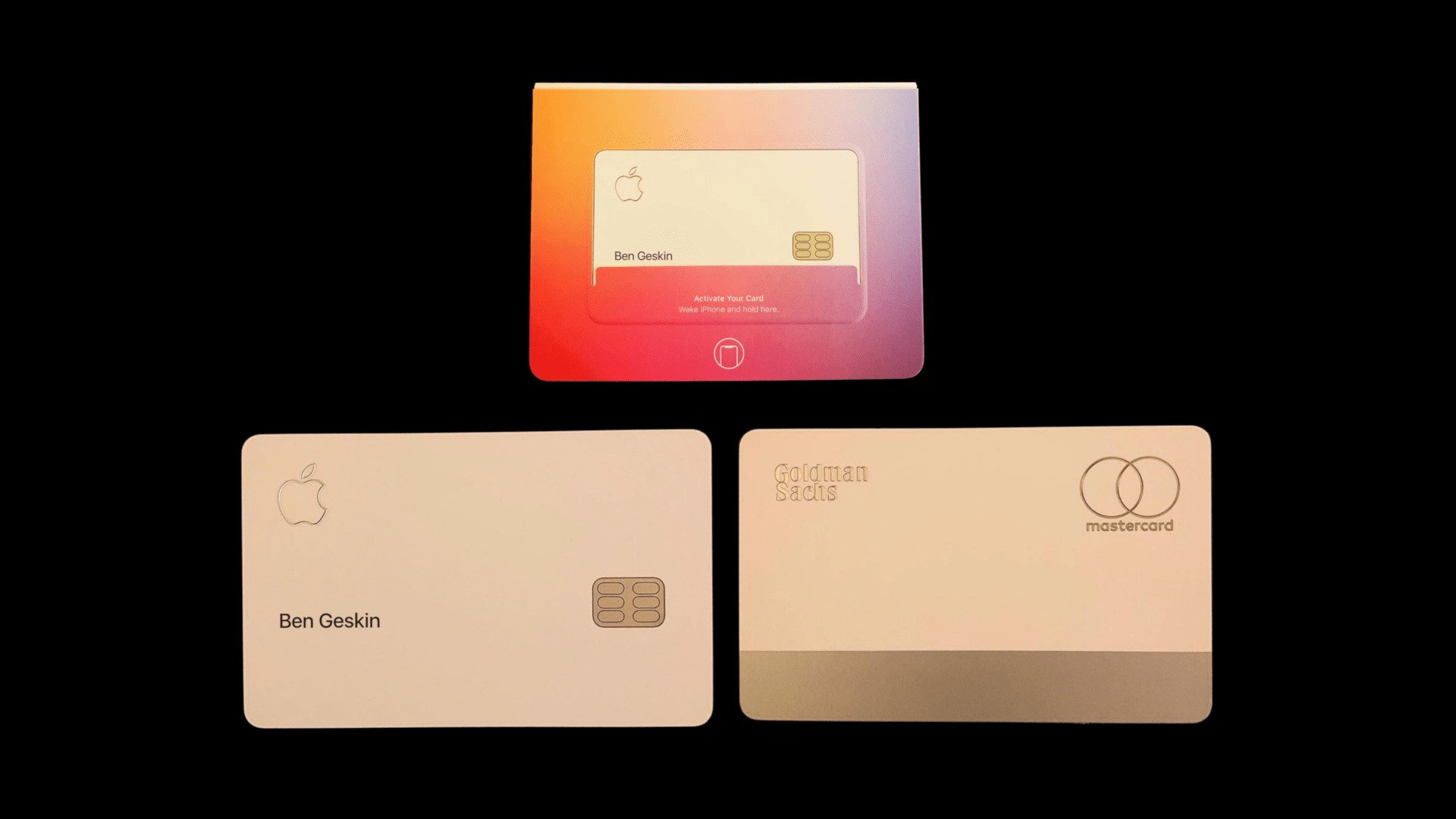 Mobile leaker Ben Geskin has shared images of Apple Card credit cards, claiming some Apple employees are already starting to get the card as part of private beta. While the images are real, he has photoshopped over the engraved name to supposedly hide the source's identity.

Apple Card was announced last March and the company showed off a titanium credit card that unmistakably bore Apple's aesthetics. Now it is apparently going into private beta with some of Apple employees, which emphasizes the sensitivity of this leak. Ben Geskin received the images and dutiful edited the photos to hide the card's true owner. He also joked that it makes a good watermark for the photos.

The real thing would have the owner's name engraved on the card. Not a plastic one but a premium piece of titanium that speaks of the luxury of this service. The front does have that typical chip and Apple logo but the back only has the Goldman Sachs' and Mastercard logos.

The pictures also show the colorful packaging that contrasts with the card itself. The Apple Card setup process is similar to how a user pairs their AirPods to a phone. Like with AirPods, the new owner simply has to tap a compatible iPhone on the hidden NFC area and everything will be set up automatically. Presuming, of course, they already have the Apple Wallet app setup already.

The card is laser etched with your name and does not have the card number or expiration date printed on it. Apple emphasized the way that the card would have no other identifying marks and, therefore, no numbers to be lifted. Instead, those numbers will be available on your iPhone's Wallet App. There is still a traditional magstripe on the back, along with a built-in chip for chip and pin purchases. The simplicity of the Apple Card is perhaps also a metaphor to the simplicity of the system.

Apple touts that the Apple Card has "No fees", like late fees or currency foreign exchange fees, though you might want to read the fine print too. Interest rate charges are between 13-24% depending on an individual's credit rating.

The Apple Wallet app includes several features to help spender's pay off their debt and keep the interest payments low, so people know what they will owe at the end of each month upfront.

Apple wants most Apple Card transactions to happen electronically, using contactless Apple Pay. Apple Card includes 'Daily Cash' cashback: 2% for all Apple Pay transactions, 3% for any Apple purchase, and 1% for purchases made with the physical card.

The titanium physical card acts as a status symbol and a fallback payment method for buying items in places that do not have any contactless transaction facilities. The Apple Card is expected to launch this summer in the United States.