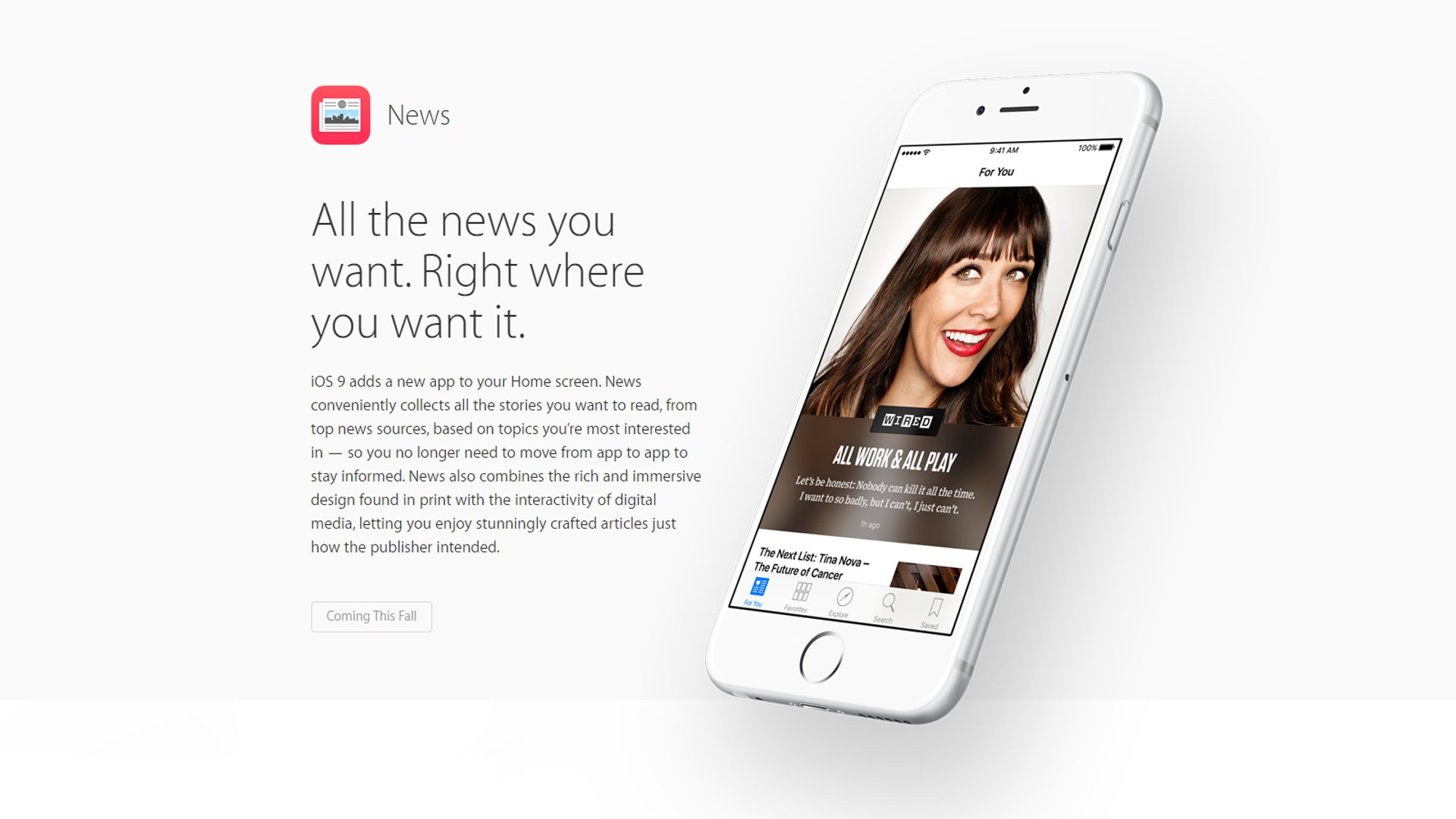 A recent report claims that Advertisers are upset with the restrictions placed by Apple on the ad formats and approval process for ad campaigns for its iOS 9 News app.

Apple News, slated to launch next week with iOS 9, will boast brilliant graphics and quick, intuitive navigation tools. With it, users can browse articles from dozens of publications at once, with results that cater to their reading habits. Unfortunately, this new News app is also drawing criticism from various publishers and advertisers alike, due to tight, unconventional restrictions on ad formats and strict approval hurdles for campaigns.

Some ad executives have complained that common tools like real-time placement bidding are not in place for the News app, and that Apple is requiring 48-hour notice before approving a campaign. The company is also allegedly demanding that pre-roll ads before video segments get their own approval.

Apple is moreover refusing to support Google's DoubleClick ad platform. Online marketing company SimpleReach claims that Apple is using News app to build up iAd, which is struggling to gain ground in a market dominated by Google. In addition, insiders within the company are claiming that Apple is starting a new war on Google by targeting its DoubleClick ad platform with a new blocking feature for Apple's Safari Web browser.

With tensions rising, Apple recently allowed publishers to embed articles with links back to their own websites. Without that option, many publishers worried that critical visitor traffic might be drained away.

Apple has recently announced that it has signed with over 50 major publications for its News app to compete with the likes of Flipboard and Google News. Although publishers like CNN, Time, and Vox are making most of their content available in the app, publishers with strong paid subscription models like New York Times and the Wall Street Journal are limiting the number of stories for Apple News.

The News app will go live when iOS 9 debuts this Wednesday and will compete with Google News and Flipboard. Apple is aiming to make the app a central source for news of all kinds, but presented in a way friendlier to iPhones and iPads. Publishers will get to keep all of the revenue from ads they sell on their own, but Apple will take 30 percent of revenue came from iAd.