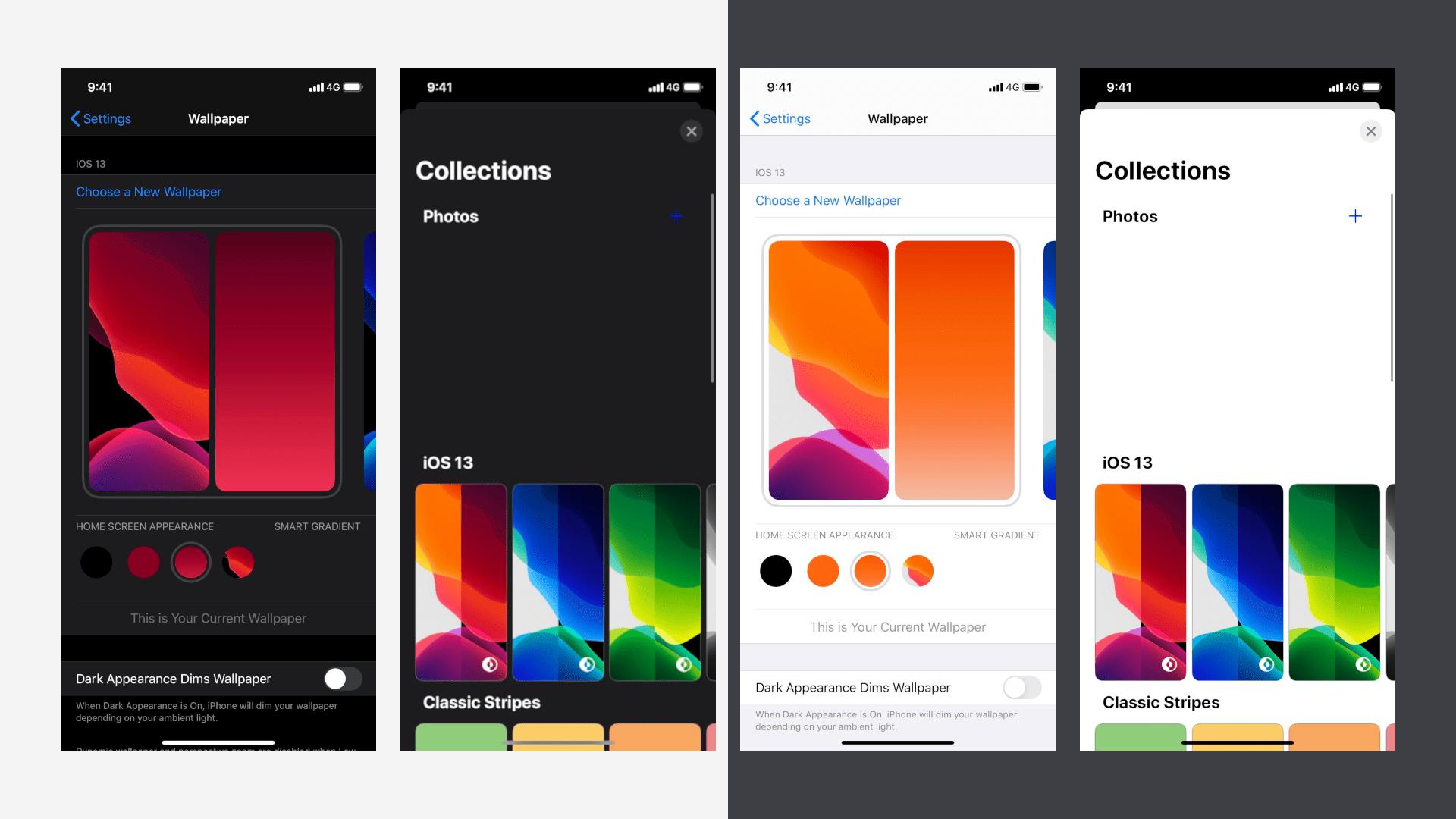 According to recent leak by Twitter user @DongleBookPro, the upcoming iOS 14 could bring a redesigned Wallpaper settings, and Home Screen Widgets for the first time.

A few weeks ago 9to5Mac discovered code in iOS 14 which suggests that Apple is working to implement widgets right on the Home screen. The new widgets system codenamed "Avocado" would let you place widgets anywhere on your home screen as if they were app icons. It was also mentioned that Apple is still working on implementing the feature and it may be scrapped.

Twitter user DongleBookPro shared allegedly leaked screenshots of new wallpaper settings and customization options coming in iOS 14. Supposedly leaked screenshots of the wallpaper settings include a Home Screen Appearance category that would allow for smart dynamic wallpapers that can be blurred, dark or flat-colored on demand. In theory, that could help widgets stand out if your usual background is too busy.

Moreover, the leaked screenshots reveal a new "Collections" menu that users can populate with their own photos. Based on the leaked iOS 14 screenshot, it also looks like you will be able to swipe left or right to select the Wallpaper instead of selecting wallpapers from a grid. You will also be able to enable Dark Appearance Dims Wallpaper toggle to dim the wallpaper depending on ambient light.

The new "iOS 13" column hints that Apple will not be removing wallpapers first introduced in iOS 13. It also appears Apple will be grouping similar wallpapers together in a more pleasant arrangement, as users will now be able to scroll left to right instead of top to bottom.

Apple is expected to announce iOS 14 at its WWDC 2020 event this June which will be held online. Apple may also use the event to reveal AirTags trackers that were confirmed in a leaked support video that walk-through steps detailing how to use the Find My features on an unreleased version of iOS.