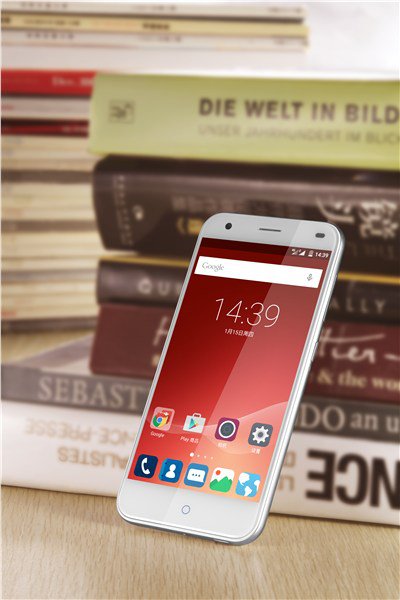 The ZTE Blade S6 was announced today and will be headed around the world to deliver dual-SIM LTE connectivity plus Lollipop on 64-bit power for people with a tight budget.

The phone is built around a 5-inch IPS LCD with In-cell touch tech and 720p resolution. It runs ZTE's MiFavor 3.0 interface and Smart Sense motion gestures, which can open Play music, snap a series of photos or turn on the flashlight.

The Blade S6 is powered by a Qualcomm Snapdragon 615 chipset and will be among the very first to run Android 5.0 Lollipop on that chipset. The chipset has eight Cortex-A53 cores (half clocked at 1.7GHz, the otherhalf at 1GHz), those are 64-bit too. Lollipop is the first Android version to make proper use of the new instruction set. Anyway, there's 2GB of RAM and Adreno 405 GPU. The storage is 16GB out of the box plus whatever you add with a microSD card.

The main camera packs a 13MP sensor (Sony IMX 214), while the selfie camera is a 5MP shooter with a wide-angle lens. The phone measures 7.7mm thick and will be available in matte Silver and Pink. Connectivity combines practicality with speed - LTE gets up to 150Mbps and there are two nano-SIM slots. There's also a side dish of Wi-Fi a/b/g/n/ac, Bluetooth 4.0, FM radio and A-GPS too. The phone is powered by a 2,400mAh battery.

AliExpress will sell the ZTE Blade S6 has globally at $250, in select markets it will also be available through Amazon and eBay. In Hong Kong there's an exclusivity deal with carrier CSL.