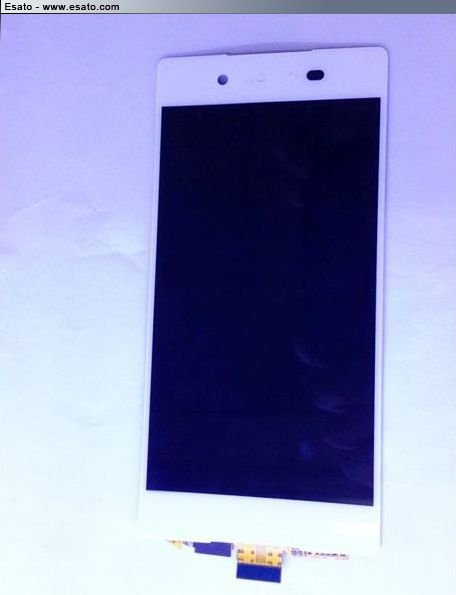 The Sony Xperia Z4 is not far from being final, as we can gather from the multitude of leaks, which show the same thing over and over. After the supposedly official press images and live photos of a bumper case, we're now being treated to pictures of the smartphone's display panel.

The images have been revealed, courtesy of a repair shop, which has received them from the panels' manufacturer. The snaps are also accompanied by the all-important specs which disclose that screen size remains unchanged third generation in a row at 5.2 inches. Resolution, however, has gotten a bump to 2,560 x 1,440 pixels.

The photos of the panel are also very much in line with the official images, not to mention looking identical to the ones that have been circulating for a month and a half. All this should lead us to believe that no more surprises can be expected display-wise.

Other pieces of the puzzle, we've gathered so far, include the smartphone's dimensions, which are nothing spectacular at 146.3 x 71.9 x 7.2mm, pretty much the same as the Xperia Z3. Inside, we also expect to find the mighty Snapdragon 810 chipset and 3GB of RAM.

The Xperia Z4's hardware may appear to be final, there's no official info on when it will actually see the light of day. Sony's VP for Western Europe's equivocal statement on the matter reveals nothing more than we already knew - Q2 or Q3 this year.