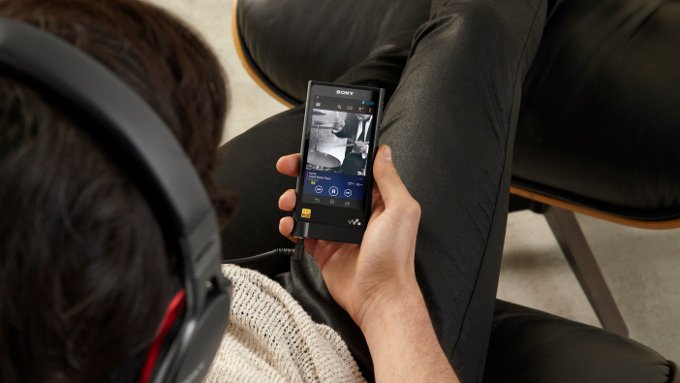 If you forget about the obviously imperative audio side of the equation, the rest of the ZX2's hardware is actually pretty modest, and the software loaded on it is nothing fancy by today's standards, either. It's got a 4-inch, 480 x 854 pixel resolution display (245 ppi), NFC, Wi-Fi 802.11 b/g/n/a, and runs on top of a minimally-skinned Android 4.2 Jelly Bean. There's also 128GB of built-in storage and a slot for a microSD card in case your collection is truly enormous, and a battery that Sony claims can handle up to 60 hours of MP3 (128kbps) music playback or 33 hours of FLAC (192KHz/24bit). The exact capacity (along with other key specs, like the processor and RAM) aren't mentioned, but we do know that it needs a hefty 4.5 hours to charge from zero to full.

So far, the ZX2 is nothing special, even as far as media devices go, but not if you consider yourself an audiophile, in which case the ZX2 will likely land right up your alley. It offers all kinds of perks, including hi-res audio playback, one-touch listening via NFC and Bluetooth, and supports a plethora of formats (the full list of which is available in the press release at the bottom). Unfortunately, this solid slab (weighs 8.28 oz / 235 g) of electronics goodness costs the whopping $1,199, which positions it at the very top of the price spectrum. It's obviously aimed at a tiny, but typically affluent niche, so it'll be interesting if this otherwise well-designed device will manage to make a dent.